Route 66 explorers are always on the lookout for iconic stops. The Mother Road has been a fascination for decades and too many of the original attractions have deteriorated by the wayside. These days, a journey along one of America’s first highways can turn into a treasure hunt that brings a mixed bag of rewards. As we made our way west from Rolla to Lebanon, we kept our eyes peeled for any reason to pull off the road. Just a stone’s throw from Fort Leonard Wood, we happened upon the tourist trap named Uranus, Missouri. As we pulled into the parking lot, we could see that we were in store for juvenile jokes galore. Driving along the route, it would be nearly impossible to miss this place. Even traffic on the nearby interstate is sure to spot the huge sign screaming for attention. Once you get nearby, you are already aware that the owner is attempting to attract visitors. For us, it is part of the draw of the Mother Road. All along the way, Route 66 has been known for its unique sights and unusual attractions. In its early days, these were designed to capture attention and get travelers to take a break from the road. These days the same still applies, except that many of the older sites have become abandoned. We were happy to check out Uranus since it was a new stop attempting to capture the spirit of the tourist traps of old. Stepping out of our car, we found ourselves trying to take it all in. Dinosaur statues competed with selfie spots. If you are desiring a hodge-podge of businesses this is certainly a place to find them. The signage called out a tattoo shop, escape rooms, ax-throwing, and outdoor outfitters to name a few.  On top of that, there is a collection of novelty décor that would appeal to any selfie starved traveler. This place is the perfect place to snap a few one-of-a-kind memories.

Now we weren’t about to let this opportunity pass us by, especially when we were in the company of the World’s Largest Belt Buckle. It hadn’t been that long ago that we had attempted to break some records ourselves, during a visit to Gatlinburg. Of course, we may have fallen short, but here we could stand in close proximity to one. Our schedule did not include time for visits to the bulk of the small shops, but we did have enough for the Circus Sideshow Museum. This interesting collection of freaky exhibits hearkened back to the days of the traveling circuses. We are both old enough to remember walking along the midway and hearing the barkers call out to the crowd. Their promises of fantastic creatures and unbelievable oddities enticed us inside for a closer look. In Uranus, we were able to relive these childhood days. Check out this article to see some of the unusual specimens. At the far end of the strip, we found the main store for souvenirs. We knew that it was a must-see since we had heard so much about it. Besides, traveling along Route 66 requires a certain amount of snacks to keep up your strength. The bright colors of the building were definitely designed to attract attention and it worked. While traveler traffic was lower during this pandemic, those that did stop were checking out the store, as well. Up until now, the juvenile jokes had just been assumed. Stepping into the Uranus Fudge factory brought them front and center. Inside, it was reminiscent of many of the Stuckey’s style stops we saw in our younger days. The mixed bag of merchandise ran the gambit from collector’s items to novelty gag gifts. The bright color scheme continued on the inside and the place is packed with eye candy. A large candy counter contained the staff members dishing out the various flavors of fudge. An assortment of t-shirts, car tags, posters, and signs displayed the juvenile jokes that come with the name Uranus. This place certainly takes a light-hearted approach at souvenir sales. While our shopping desires were pretty limited at the Uranus General Store, it was still quite interesting to see all of the artifacts they had scattered around the store. One must really pay attention if you want to see the majority. It seems they have taken the idea of “Where’s Waldo” to heart, as they tuck unique displays in every nook and cranny. With such a wide range of merchandise available, there were a lot of temptations to purchase unnecessary items. Being so close to the Ozarks, we found quite a few items and displays that were throwbacks from our youth. While the majority of the kitschy items were interesting to see, we found ourselves easily able to overcome the temptation to buy. Then there was the assortment of candies. Oh you know that is where our strength wavered. As we walked down row after row of bushel baskets filled with salt-water taffy, we couldn’t help but fill a bag with some assorted flavors. The fresh chocolates on display were far too tempting to pass up, so we grabbed a couple of those, as well. 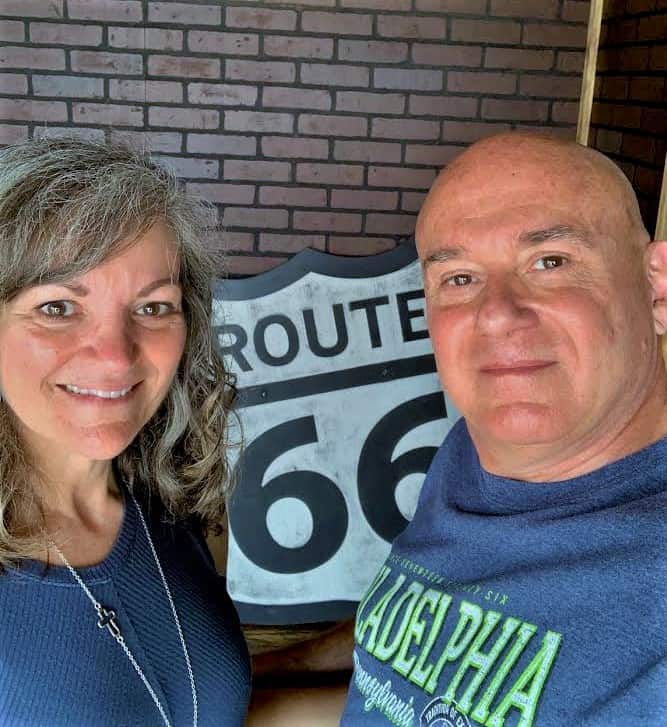 With our treasures in hand, we made our way back toward our car. We were still smiling from the juvenile jokes that are so commonplace in Uranus, Missouri. One more chance to take in all of the sights that line the landscape, before heading back out onto the Mother Road. This unusual stop may not be decades old, but it certainly captures the spirit of Route 66. People from all over the world travel to the Midwest to experience the fun and frivolity associated with the bygone era of road trips. Maybe this pandemic will help kickstart a new generation of auto-exploration. After all, you never know what you will find when you get off the interstate.