Walking The Block At The Missouri State Penitentiary

Walking The Block At The Missouri State Penitentiary

Tours are a good way to get some background information at new destinations. While we will usually rely on our exploration, this doesn’t mean we are against guided excursions. Some places are limited to this type of visit, and we happily join in the group fun. This was the case when we stopped at the Missouri State Penitentiary in Jefferson City. With a good selection of options, we chose the 2-hour history tour. Our turn for walking the block would introduce us to one of the most notorious penitentiaries in America. It would give us a chance to hear a wide range of stories that surround this historic site, located in the capital city.

We want to thank Visit Jefferson City and Missouri State Penitentiary for their hospitality. Rest assured all opinions are our own. 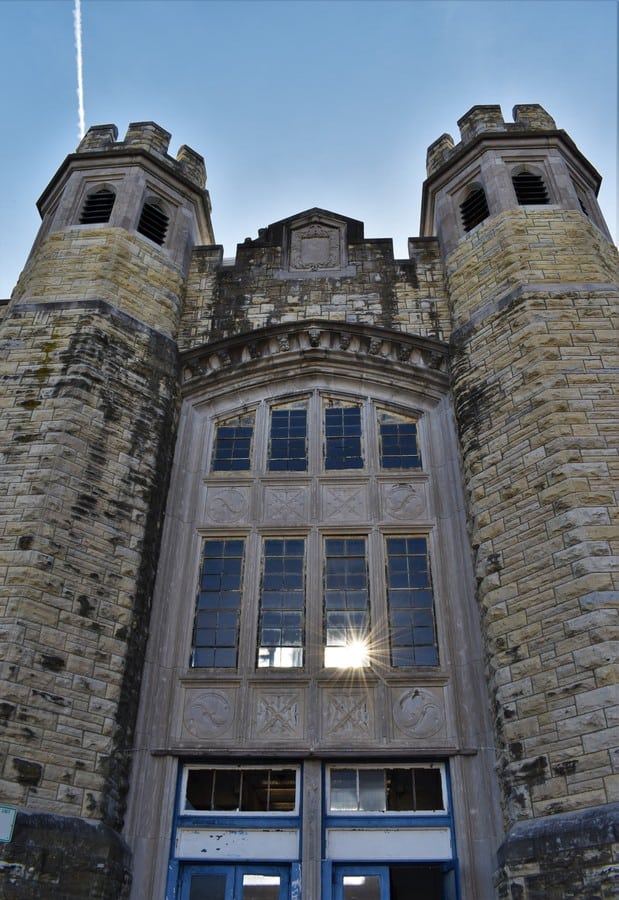 Missouri was admitted to the Union in 1821, and the next year saw the capital become Jefferson City. To help ensure that the city retained this designation, the governor decided it needed to be home to the state prison. You can learn more about the city’s interesting history with a visit to the Missouri State Museum. In the early 1830s, the Missouri State Prison came into existence. To give you an idea of the time-frame of its opening, it was the same month as the fall of the Alamo in Texas. It would serve in this capacity for over 160 years until its closure in 2004. That made it the oldest operating penal institution west of the Mississippi River.

Our tour was scheduled for 2:00, which gave us a little downtown exploring time after lunch. When the time approached for our tour, we made our way the short distance to the prison. It surprised us just how close it is to the capital building. We would learn that this location was outside of the city limits, in the 1830s. It makes sense that over time, the city would grow to encompass the facility. We parked our car and made our way to the entrance. Inside the entrance, we found ourselves in a holding area, along with the others who would be on this tour. Soon, Naydene would arrive to corral us, so that our history lesson could begin. While she was not our guide, she was instrumental in keeping us on track. As the time to start approached, Michael, our guide called us all together. Michael explained that we were about to embark on a history lesson of one of the most notorious sites in America. After giving us a short history of the early days of the city, we had a better understanding of the prison’s location. In the earliest days, business owners were in charge of the prisoners, who would work for them during the day. Near the penitentiary, we had noticed some large, beautiful homes. Now we learned that they were built for the business owners to stay close to their workers.

Just a couple of decades after the Civil War, there were six shoe companies in Jefferson City. All of these were utilizing labor from the nearby prison. As our guide pointed out that many of these businesses benefitted from this cheap labor source, he also explained the downsides. Since the business owners were responsible for the inmates, it was not unusual for escapes and even deaths to be hidden from the record. After all, they wouldn’t want bad marks on their record, since it might impede their ability to get additional laborers. For the next phase of the tour, we moved out into the yard. As we stood in the warm afternoon sunshine on this chilly fall day, we could imagine it filled with an assortment of criminals. Michael pointed out that in the early 1900s, there would have been flower beds and fountains located in this area. It is hard to picture that such a pleasant setting would house a nefarious crowd of miscreants.

The prison wasn’t nearly as large in the beginning. Over time, the population swelled, which required more housing. Additional buildings were constructed by using prisoner labor. Michael pointed out that what would take a couple of years to have built by outside contractors, could be completed in a few months with prisoner labor. No matter who built them, the buildings were amazing architectural specimens. It surprised us at how well they look, after serving so many for so long.

Now came the time for us to enter one of the cell blocks. As we passed through the entrance, the cold chill of the November day enveloped us. Staring through the maze of metal, the overwhelming feeling of captivity closed in. Michael explained how the series of doors worked to keep the prisoners segregated from the guards. It was hard to imagine the idea of spending eight hours isolated inside a small cage, where you controlled the coming and going of everyone.

We made our way farther into the cell block, where we could investigate the cramped spaces that would house some of the most dangerous people in the state of Missouri. In fact, in 1932, there were upwards of 5,200 inmates housed in the Missouri State Penitentiary. At that time, it was the largest prison population in America. Walking the block, we could barely imagine what it would have been like to share a cell with four more prisoners. In each building we entered, Michael would remind us not to attempt to move any of the cell doors. He quickly pointed out that they only had four keys for the whole complex, and would hate to see someone have to spend the night. With the chill that was found inside the empty spaces, we certainly would not have wanted that either. Naydene handed Crystal the keys to show her that there were only four. It was clear that they were created to work in a substantial lock. While walking the block, we learned that there had been some familiar names associated with the Missouri State Penitentiary. Charles “Sonny” Liston would find himself a resident of the prison. After being found guilty of robbery in 1950. It was in the yard that he learned to box. This led to his early release in 1952, and soon he was on his way to becoming a world heavyweight champion. While this positive story had a somewhat happy ending, others were not so pleasant. In 1959, James Earl Ray was found guilty of robbing a grocery store. His twenty-year sentence was interrupted when he escaped in 1967. Within a year, he would kill Martin Luther King Jr.

There was also a short stay by “Pretty Boy” Floyd. In later years, one of Floyd’s accomplices would be executed at Missouri State Penitentiary. Adam Richetti would be found guilty of participating in the “Kansas City Massacre”. Attempting to rescue gangster Frank Nash from custody, the botched mission caused the deaths of four peace officers, as well as their prisoner.

The common form of execution at the prison was public hanging. This would change in 1937 when the governor signed a bill making execution by lethal gas the new method. In 1935, Richetti had been sentenced to hang. An appeal delayed his execution until 1938, which made him the fifth person to die in the gas chamber in Jefferson City. From 1937 until 1965 there were 39 inmates executed in this fashion. A halt to executions occurred after 1965. This coincided with the Supreme Court’s rulings on the legality of this practice. Many states began abolishing the death penalty, but Missouri was not one of them. The prison would see one more execution in 1989. During the hiatus, the chamber had been converted from gas to lethal injection. The prison would continue to serve the community until 2004. Our time at the Missouri State Penitentiary was now over. After walking the block, we did not wish to ever spend real time in a place like that. We could only imagine how life behind the walls must have been for the prisoners. There must have been a good reason for Time Magazine to label it “the bloodiest 47 acres in America”. These days, the only sounds found inside the hallways are those of the visitors who take one of the tours.