We are always on the lookout for unusual sites when visiting a new destination. It is amazing what you can find when you dig deep enough into a city’s attraction. Fort Scott may seem like an unlikely place to learn about the worlds most unheralded heroes. A stop at the Lowell Milken Center for Unsung Heroes opened our eyes to some people we had never heard of, prior to our trip. This incredible facility helps students learn the power of positive change through student driven projects. We were amazed at the role models that had been uncovered by students during their research.

We want to thank Visit Fort Scott and the Lowell Milken Center for their hospitality. Rest assured all opinions are our own. Raised in the Polish town of Otwock, Irena Sendler saw the power of positive attitude from her youth. Her father, a local doctor, died from typhus he had contracted while caring for the poor Jewish people of the region. The local Jewish leaders came together to help pay for Irena’s education. She would eventually become a social worker. Before her 30th birthday, the Nazis would conquer Warsaw and begin their persecution of the local Jewish population. Around 400,000 Jews were cramped into a space barely over 1 square mile. She assisted in falsifying papers for over 3,000 families to help them escape this well-guarded ghetto. In late 1942, she took over the children’s division of an underground network. Under the guise of preventing the spread of disease, she was able to get permission from the Nazis to enter the ghetto. Once inside, she would try to convince parents to trust her group with their children, who they would smuggle out. Her work was not without extreme danger. In late 1943, Gestapo soldiers captured Irena and she was brutally interrogated.  Sentenced to death, she was able to escape with assistance from a bribed guard. She continued her work, but from hiding. With the assistance of others, they were able to rescue at least 2,500 Jewish children from certain death. It certainly exemplifies the power of positive change. Irena lived to the age of 98, and often questioned whether she did enough. As we passed through the museum, we saw information on some of the other unsung heroes. By challenging students to complete their project based studies, it inspires them to discover their own power of positive change. Inside this educational incubator, students are provided the tools needed to conduct their research. The impact of the Lowell Milken Center is not limited to the students. Educators have an opportunity to continue their development and learn new ways to engage with students.

In the center of the museum is an exhibit that focuses on the Little Rock Nine. This group of students were thrown into the middle of national controversy. This happened when they became the first black students to attend Central High School in Little rock, Arkansas. With the recent Supreme Court ruling on desegregation, this case was thrown under the national microscope when the governor attempted to block this action. It would end in a battle of wills between the governor and President Eisenhower. (Read more about Central High School here.) One of the most unexpected project subjects was a carrier pigeon named Cher Ami. When we first saw this exhibit, we wondered how a bird could inspire the power of positive change. During the First World War, allied troops used pigeons to transport messages between troop commanders. After a battalion got separated from the other troops, they found themselves surrounded by German troops. They released their final pigeon, Cher Ami, who flew 25 miles through enemy fire. The pigeon was severely wounded, but completed its flight, before passing away from its injuries. That perseverance saved the lives of over 200 men. 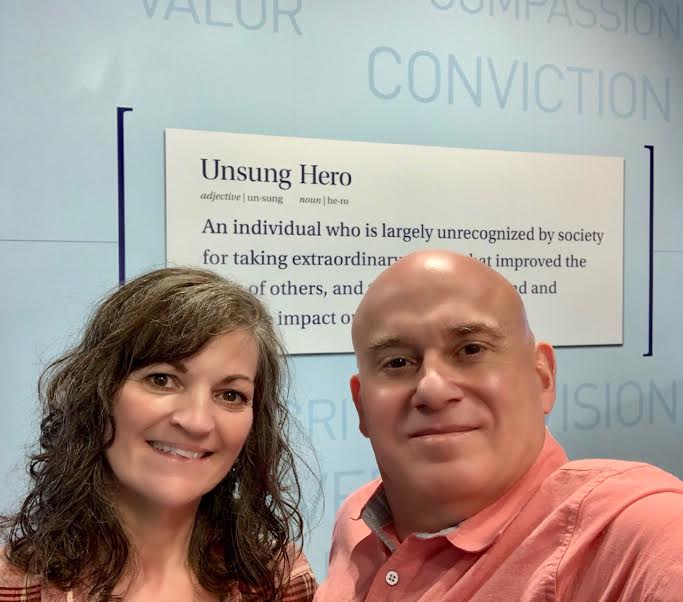 Be An Unsung Hero

The Lowell Milken Center for Unsung Heroes is not like your normal museum. Its message is one of inspiration and courage. By showing students, educators, and the public the power of positive change, it inspires others to be a spark of hope in the world around them. As Irena Sendler’s father once told her, “If you see someone drowning, you must jump in and save them, whether you can swim or not.” It certainly made us think about how we can make a positive impact in the places we visit. Tell us about an Unsung Hero you know?