Did you know that Tulsa, Oklahoma is home to the largest collection of art and artifacts of the American West? The Gilcrease Museum holds this vast array of objects, as well as a significant amount of Native American material. Located on the northwest corner of the city, it fit in perfectly after a morning visit to the zoo. As we made our way to the entrance, from the parking lot, we passed by some captivating sculptures spread around the landscape. The museum features themed gardens for visitors to explore, but our timing was on a scorching hot day, so we dedicated our time indoors.
We want to thank the Gilcrease Museum for their hospitality. Rest assured that all opinions are our own. The Man Behind The Vision

Oklahoma is home to a variety of Native American tribes, who were moved to the area by federal forces. Thomas Gilcrease came from the Creek Nation area, which holds a large amount of land in and around Tulsa. When oil was discovered in 1905, which was two years prior to Oklahoma statehood, a portion of the oil fields were on his land. By the time Gilcrease was twenty years old, he was a multi-millionaire, and proved to be a good businessman. In 1922, he founded the Gilcrease Oil Company. He would move it’s office to Tulsa in 1949. That same year he unveiled the Thomas Gilcrease Institute of American History and Art. Gilcrease lived out the rest of his life in a house adjacent to the museum. 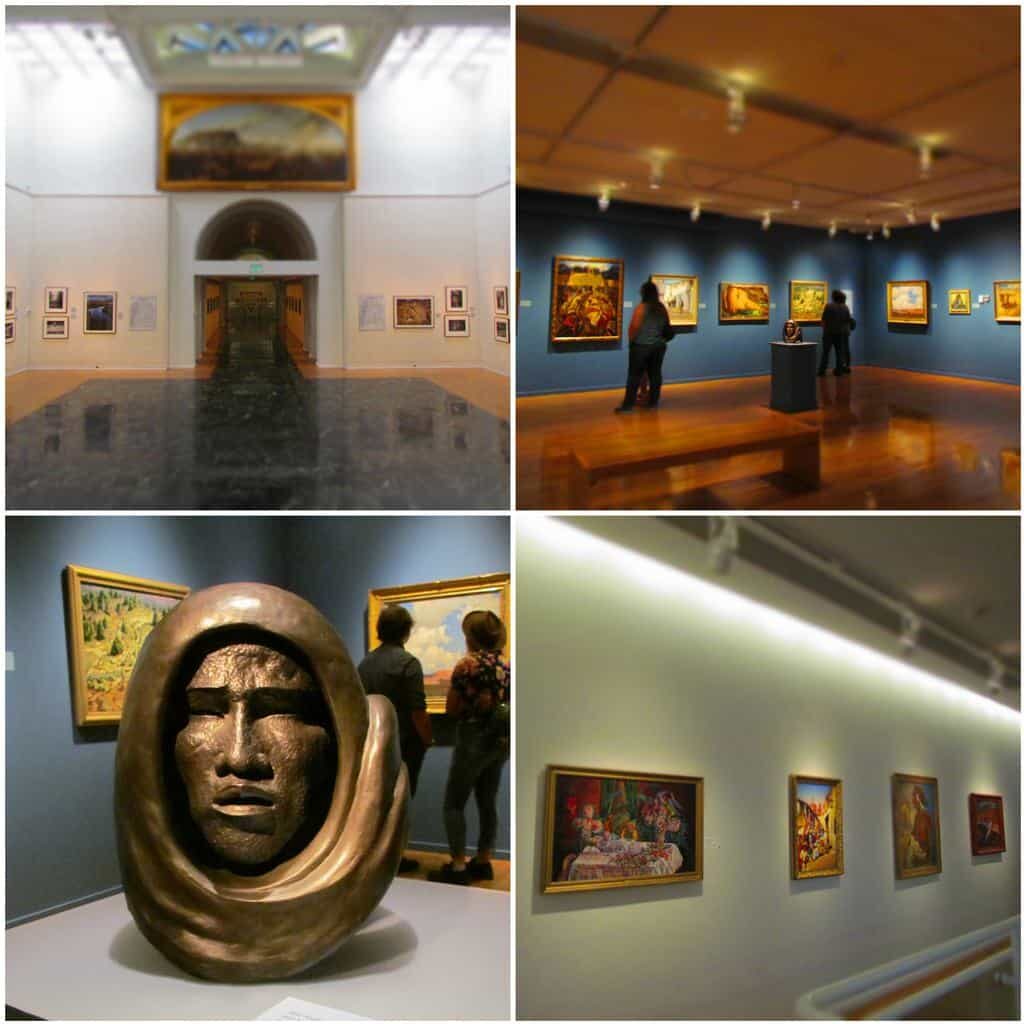 Gilcrease began collecting art and artifacts in 1912.His first purchase was an oil painting he bought for $1500. This started him on his journey of collecting, but he didn’t kick into high gear until around 1939. At that point of his career his offices were based in San Antonio, Texas. He opened the first Gilcrease Museum there, but eventually returned to his Tulsa roots. During the period of time that Gilcrease was collecting, the market showed little interest in the pieces he pursued. This allowed him to purchase large quantities in a relatively short time. By the mid-1950’s, declining oil prices had a significant effect on his company’s financial standing. Fearing the idea of his collections being split up, he offered the entire lot up for sale. The residents of Tulsa voted to approve a bond to pay Gilcrease’s debts, and in 1955 he willed his collection to the city.  That action would keep the Gilcrease Museum in Tulsa, and make it property of the city. Preserving the Past at the Gilcrease Museum

Thomas Gilcrease had a vision to tell the story of the American West, and especially the portion that involved the native people. As we explored the museum, we were in awe at the massive amount of art and artifacts that are held within the walls. Gallery after gallery of sculptures and paintings from some of the most well known American artists can be found here. Did you know that the museum owns 18 of the 22 bronze sculptures originally created by Frederic Remington?  Of course, with a collection of over 300,000 pieces not everything can be on display at the same time. They also store many items that are rarely brought to public view. In their archive are the only known handwritten copies of the Declaration of independence and Articles of Confederation. 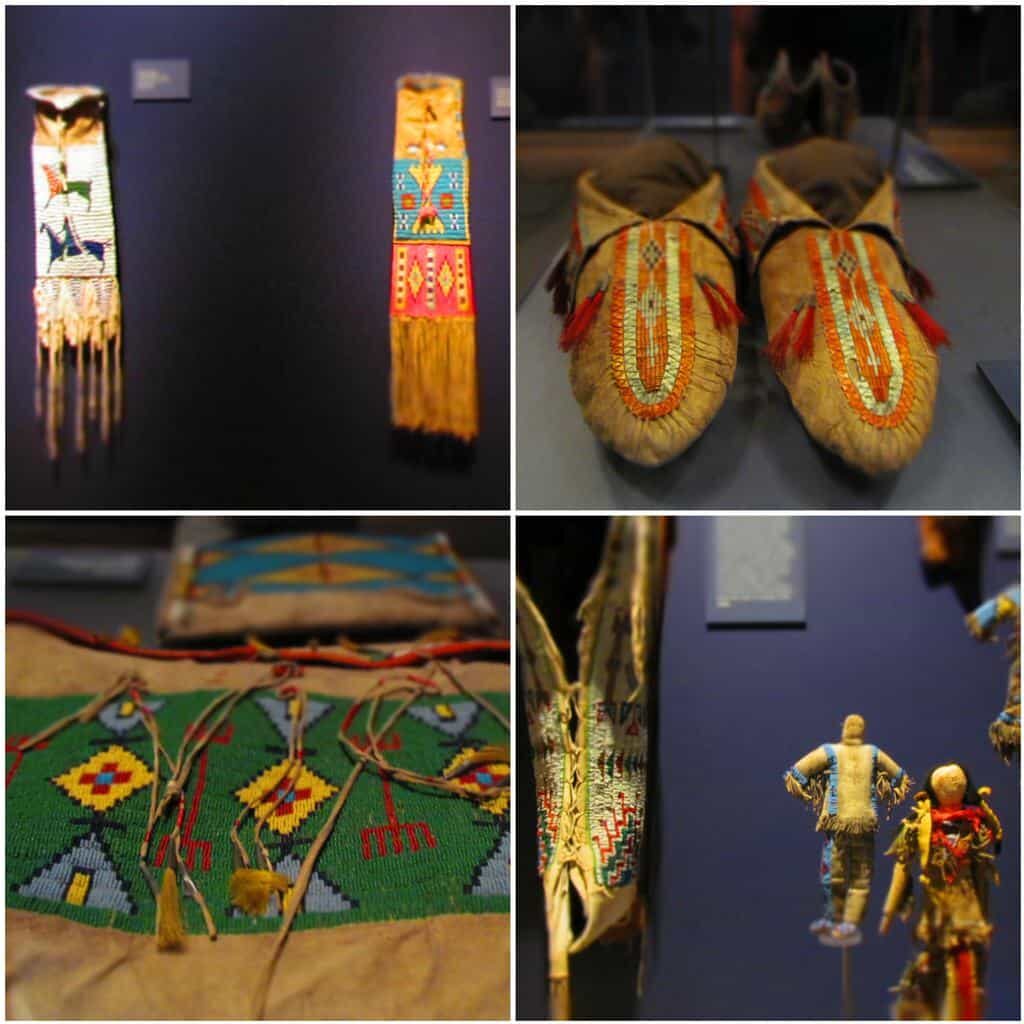 As we passed through the galleries, we found each one to be just as amazing as the one we just viewed. The artifacts tell the stories of civilizations who populated the lands for many generations. The details and intricacies of the artwork were unbelievable. We were joined by Melani Hamilton, the Communications Manager for the Gilcrease Museum, who spoke with us about the history and purpose of the organization. She began with the original vision, and moved through to the future of the site. A recently approved plan will add two new galleries to the museum in the near future. This will allow for additional pieces to come out of storage, and be on display for the public. It will also include a new underground parking facility, as well as an elevated restaurant, which will allow guests views of some of the 23 acres of gardens on the grounds. At the Gilcrease Museum it is important that the attraction be appealing to all ages. They have included a couple of areas dedicated to the younger crowd, as well as the young at heart. The Kid’s Site is a room filled with scenes that allow children to expand upon some of the art they have seen in the museum. This open space is a perfect place to burn off a little excess energy, while entertaining the others in your group. The museum hosts visits for school classes from around the Tulsa metro, and helps build a bond between the children and the history of the American West. 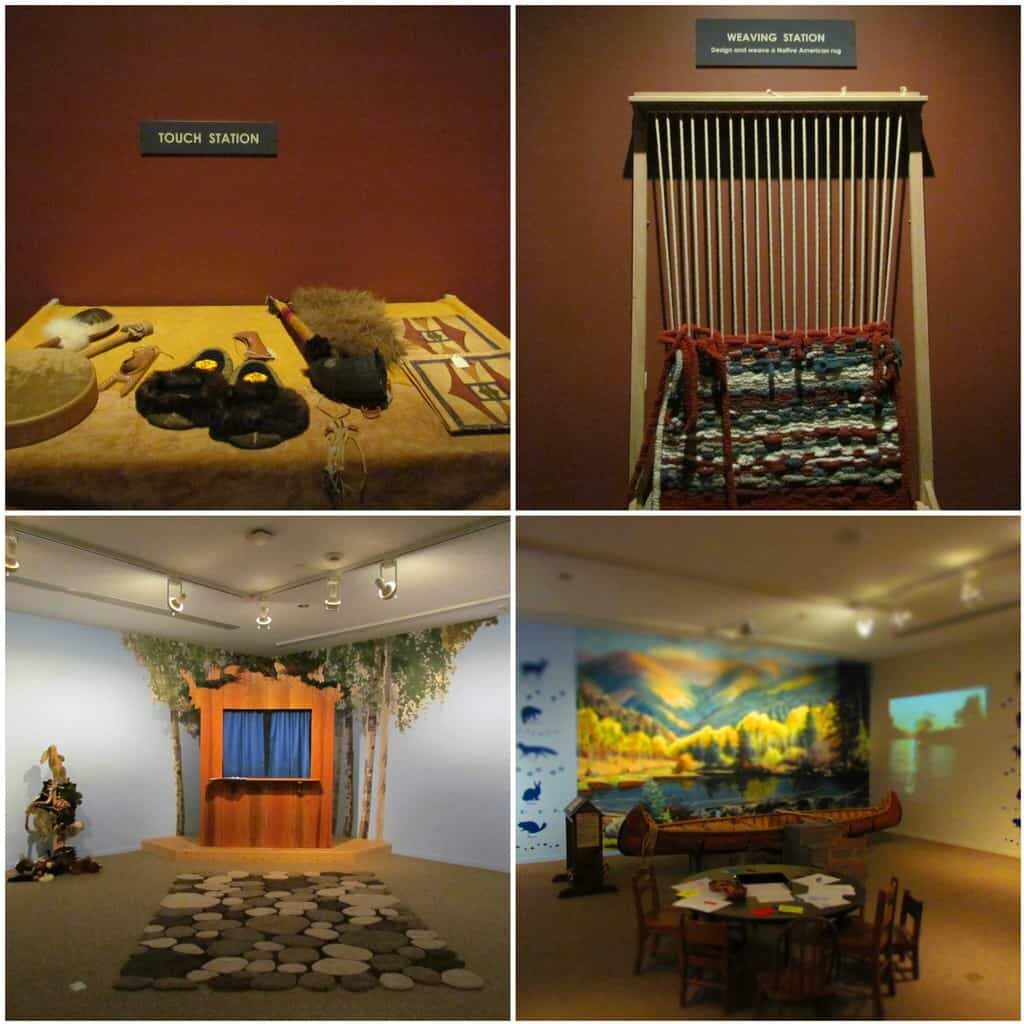 We located two distinct areas in the museum that are hands on exhibits. In the first we encountered, there are a variety of touch stations, where children can explore the tools and devices used in daily life of the Native Tribes of the region. There are also some stations set up to mimic the daily activities of the members of the communities. Farther into the museum, we came upon the Kid’s Site. This room includes a stage area where kids can entertain the adults in the group with an impromptu play or puppet show. A work table allows room for crafts to be completed, and children can create their own pictographs, much like the ones viewed in the galleries. Another area offers one of the most unique “selfie” spots we have ever seen. I could not pass up an opportunity to grab a quick click in front a tranquil mountain scene. No, I did not get in the canoe, we just used a little forced perspective in the photograph. I think it came out pretty well. As I said, it’s a great place for kids of all ages. After visiting all of the ground floor galleries, we made our way downstairs to the Kravis Discovery Center. This area holds a vast amount of artifacts from indigenous people from North, Central, and South America. Drawer after drawer hold implements and tools used by people for all sorts of daily activities. It is a great research tool, and was quite popular during our visit. The Gilcrease Museum also hosts an amazing amount of pictures from the museum’s inventory online. By visiting the “Collections” tab on their website, you can search through an extensive collection of their items. This is a great resource for researchers, but doesn’t do justice to seeing the pieces in person. We certainly hope you will have an opportunity to visit the Gilcrease Museum, and see the wonderful collection for yourself.