Kansas City, Kansas has the distinction of being known as “The Melting Pot of the Midwest”. A visit to the Strawberry Hill Museum, at 720 North 4th Street, showcases the contribution that Slavic nations have had on our growing city. The area was originally named Splitlog Hill after the wealthy mill owner, Mathias Splitlog. He parceled out the land to emigrant families from Eastern Europe. Here they built a community where they could worship freely, and celebrate their Slavic heritage. Over time the community grew, and in 1887, John and Mary Scroggs had a large Victorian style home built overlooking the confluence of the Kansas and Missouri rivers.

We want to thank the Strawberry Hill Museum for their hospitality. Rest assured that all opinions are our own. 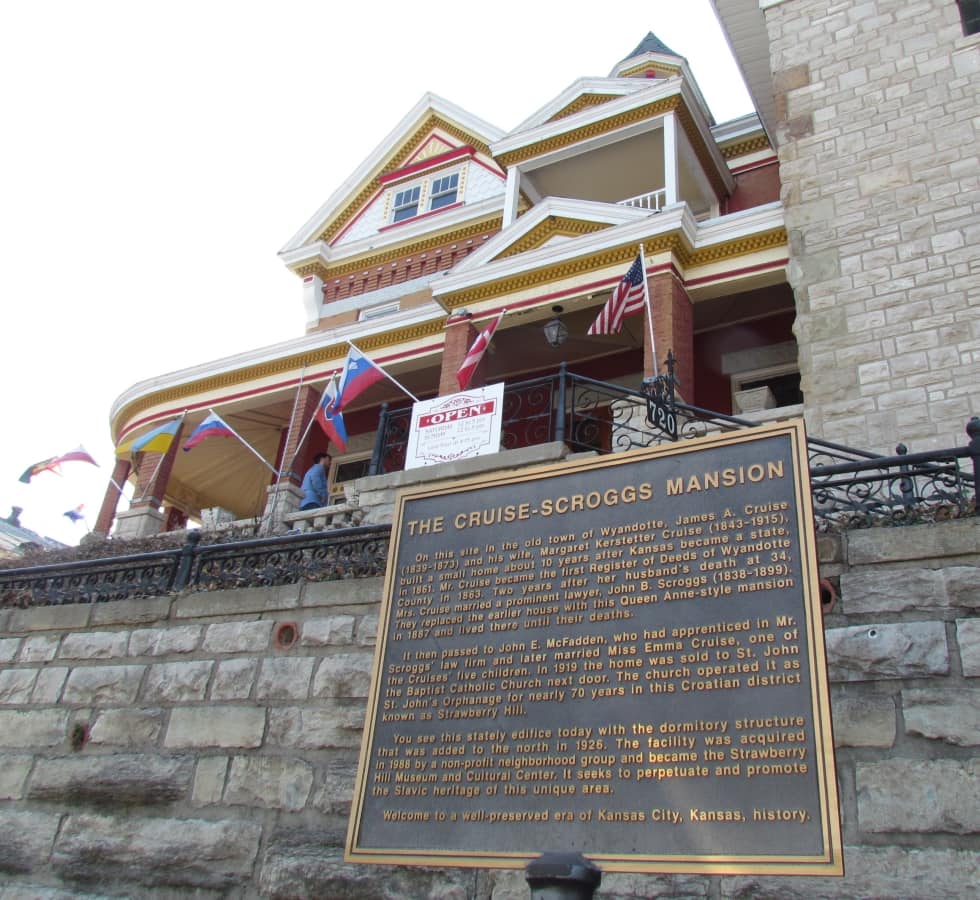 The family lived in the residence for 32 years. In 1919, it was sold to the Sisters of St. Francis of Christ the King. The influenza epidemic of 1918 had ravaged the region, and left many of the children in the community orphaned. The following year, St. John’s Orphanage was opened. As needs grew, so did the desire for more space. To ease the crowding, four additions were made on the north side of the house. The orphanage remained in existence for 69 years, but was closed in 1988 due to changing social needs. During its peak, the 12 sisters at the orphanage cared for about 68 children at a time. Throughout its years of service, more than 3,000 children have called St. John’s home. Soon after it was closed, plans were made and implemented for the creation of the Strawberry Hill Museum. 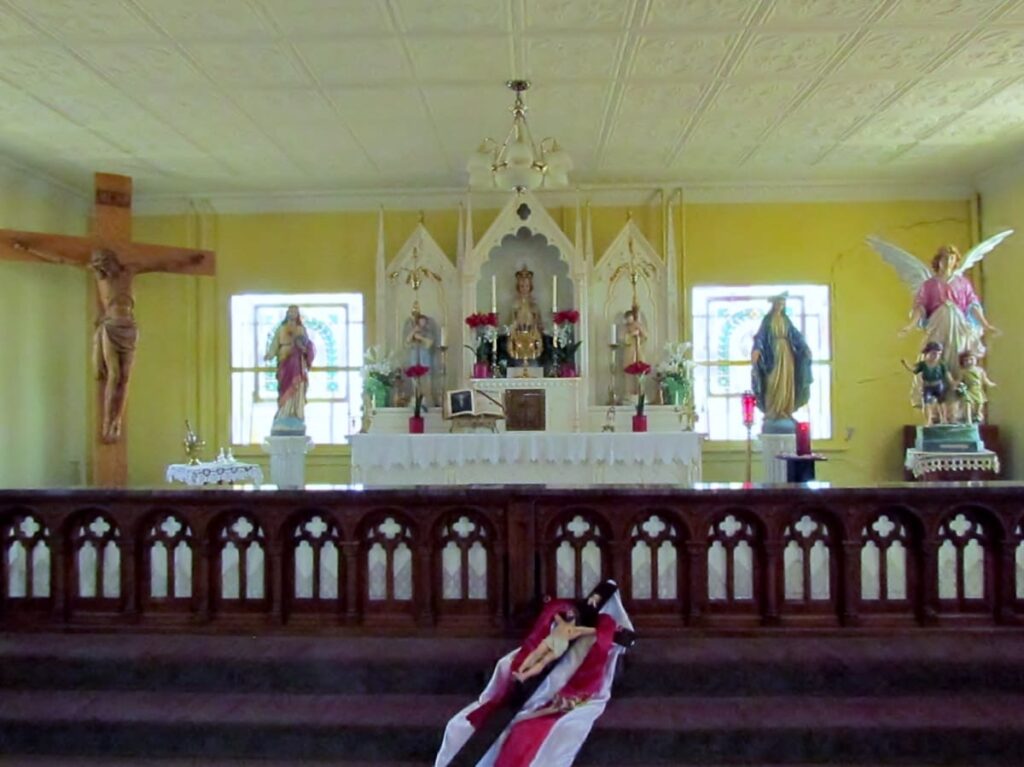 Our tour began in the chapel of the orphanage. Here our guide pointed out a variety of items that had been salvaged from neighboring churches. In the past, the neighborhood was dotted with churches that offered services to each specific ethnicity. As time passed many fell on hardships, and were forced to close their doors. Fortunately, items from many of these sanctuaries have been preserved at the Strawberry Hill Museum. 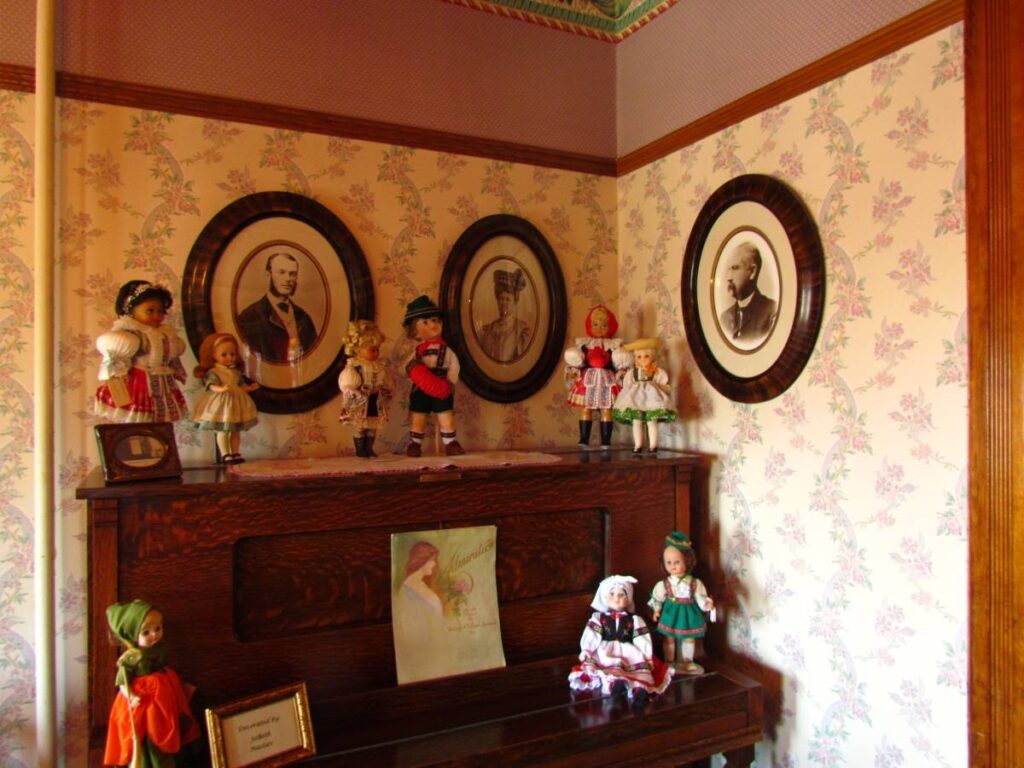 Next we moved into the main house, where the ornate carved woodwork is still visible throughout the rooms. Some of the fixtures were removed by the nuns, and have been replaced with pieces representative of the style and look that would have been found in homes of that era. The main floor holds the rooms that would have been used to entertain the family’s visitors. These rooms are more ornate than the second floor living quarters. Parquet inlaid floors, ornately carved reliefs, and intricate stained glass windows can be seen throughout the first floor. Throughout the rooms you will find displays of items common to the Slavic people, as well as furniture common to the period when the home was occupied by the family. 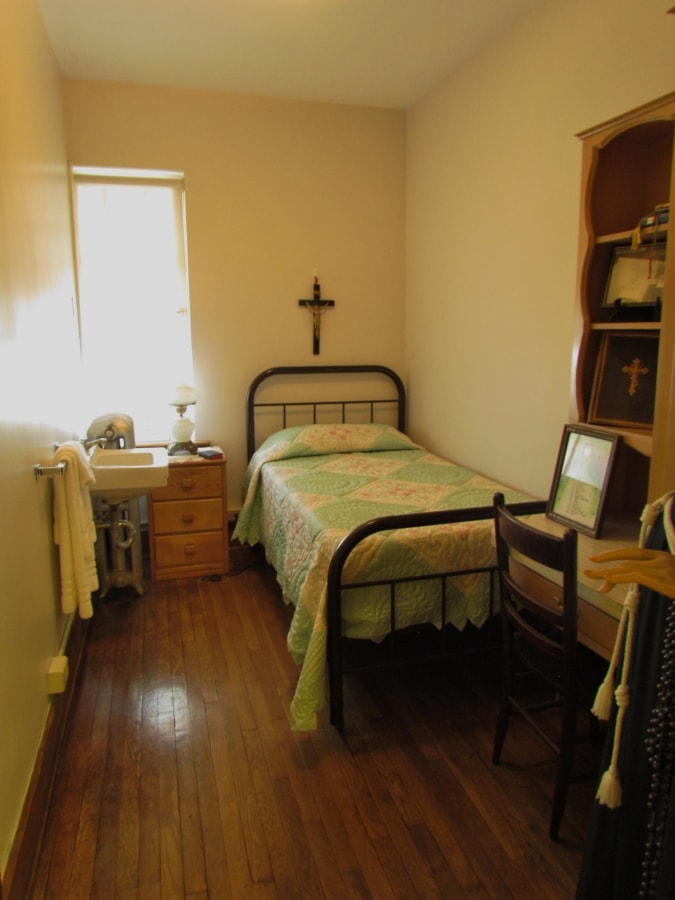 The second floor contains the living quarters. Here the architecture is still ornate, but contains materials of a lower cost than the main floor. The master bedroom (pictured at the beginning of the article) offers a chance to see how the addition of steam pipes were incorporated in later years. We were surprised to hear that closets were scarce in the days the home was built, because they were taxed as though they were living quarters. The third floor holds rooms dedicated to the various cultures that helped make the Strawberry Hill area a successful community. One of the rooms on this floor remains as it looked when used by the sisters who ran the orphanage. Throughout the tour, our guide told us lots of stories related to the house, the orphanage, and the occupants. 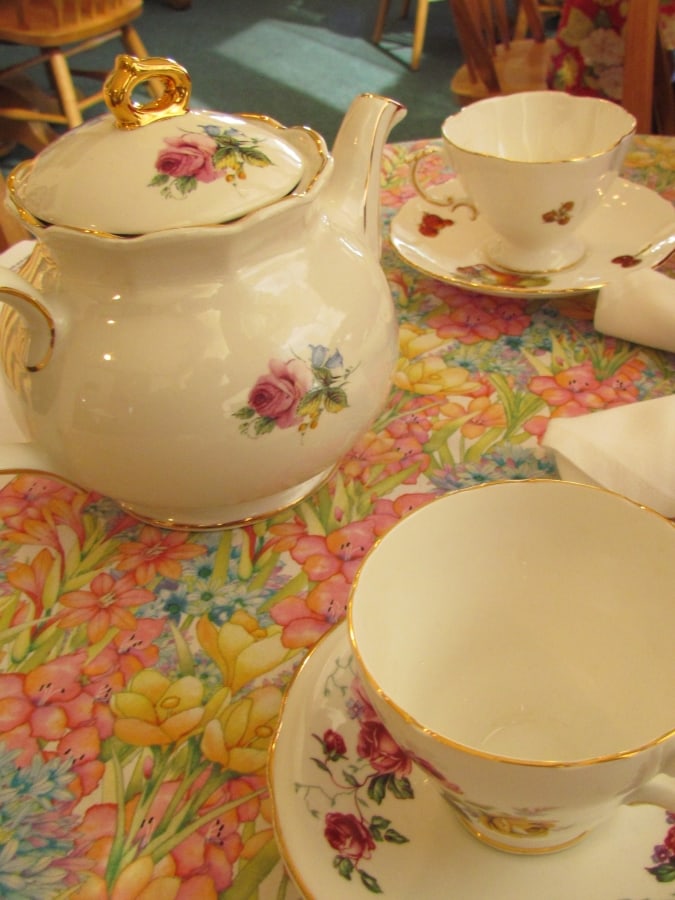 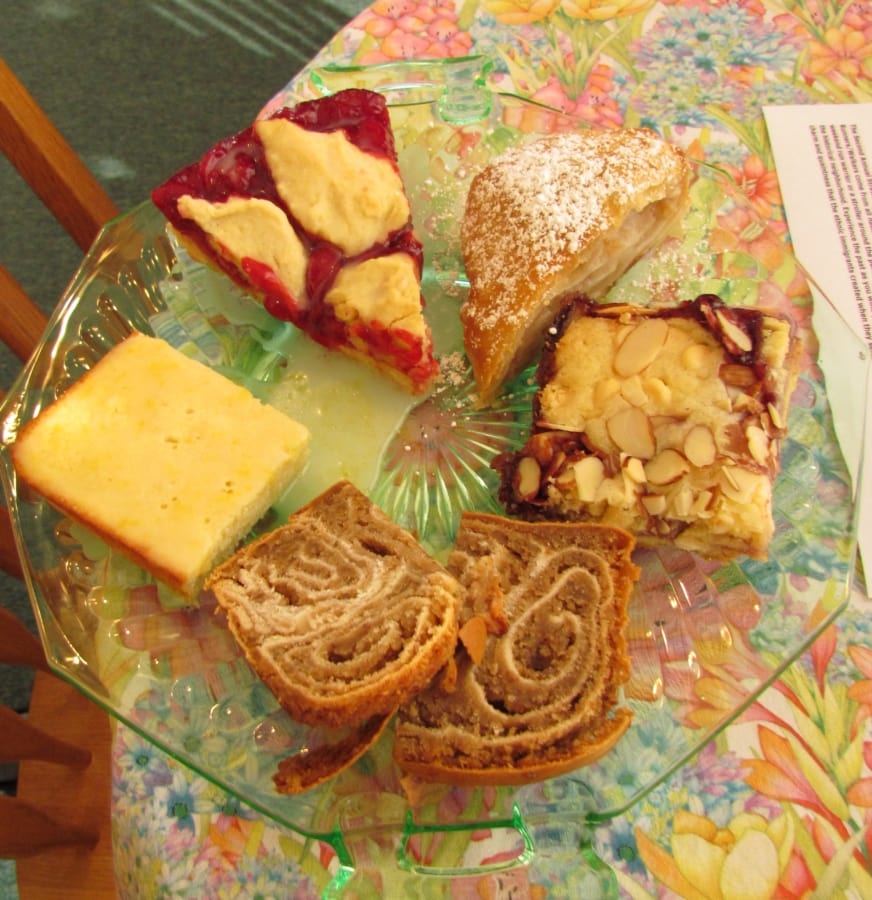 At the end of our tour we were offered the chance to visit the Tea Room. This area is a converted wrap around porch. Here visitors can purchase tea and delicacies. The choices all looked delicious, and we finally narrowed them down to two. We shared these delightful morsels, while having more conversation with our guide. Afterwards we bid the staff goodbye. During our visit we learned that the museum pulls out all of the stops when decorating for the Christmas season. We made note that a return visit would be needed to see all of the decorations. Strawberry Hill Museum is open year round on Saturday and Sundays. The hours are Noon to 5:00, and the last tour starts at 4:15. Adult admission is $7.00, and children 6 to 12 are $3.00. Weekday tours can be scheduled, and the contact information is listed on their website.