On August 10, 1821 Missouri officially became a state. At that time the capital was in St. Charles, but plans for a new state capital were in the works. From what we could ascertain, Jefferson City was the only place specifically created to serve as the capital of a state. After the Missouri state legislature commissioned the new capital in 1821, it was ready for occupancy in 1826. Many in the state of Missouri did not like the new location and worked to get the capital changed. Our visit to Jefferson City would help us gain a better understanding of the storied history around this unique destination.

We want to thank Visit Jefferson City for their hospitality. Rest assured all opinions are our own. What better place to start our storied history lesson than at the oldest structure in Jefferson City. The Lohman Building was originally constructed in 1839, by a man named James Crump, and has served a multitude of purposes. (The name comes from a later sale to Charles Lohman.) Over time, it has been a warehouse, where freight was unloaded from the railroad, before being moved upriver by paddle-boat. Visitors to the growing capital city were housed in the building when it served as a hotel. During this period, the lower floor was used as a grocery store, tavern, and telegraph office. Commonly referred to as ‘ The Landing’, it was a popular destination for legislators to gather for refreshments. With so many citizens looking to move the capital, something had to be done to secure its present location. In 1832, the current governor suggested the city construct a state penitentiary in Jefferson City. This was completed in 1836, and it settled the issue of moving the capital. Tragedy struck the following year, as the Capitol building burned to the ground. It would take five years to rebuild. As we toured Lohman’s Landing, we tried to imagine life two decades before the Civil War. These simpler times certainly had their own set of trials and tribulations. By 1840, Jefferson City had grown to over 1,000 residents. James Crump had constructed his building by the river just one year earlier. This impressive stone structure was the first that many saw when stepping off the boats in Jefferson City. Local industries were booming, as an influx of German immigrants flooded the nearby farmlands. These new citizens would push the development of distilleries, tanneries and flour mills. When a ship loaded with cholera infected Mormons arrived in 1849, it would have a paralyzing affect on local business that would last for a couple of years. It took until 1855 for the Pacific Railroad to connect Jefferson City to St. Louis. The inaugural trip would once again bring disaster to Jefferson City. The locals had gathered on a pier, to await the arrival of dignitaries. When the structure collapsed onto a bridge spanning the Gasconade River, 28 people were killed and as many more injured. Eventually, a regular railroad service would be established by 1856. The storied history of the capital city was proving to be filled with many epic moments. A Country at War

Civil War struck deeply in the center of the country. Missouri was struggling to determine its stance on slavery, even though the legislature had voted to remain in the Union. When a request for Union troops was issued, the governor instead rallied 50,000 troops to join Confederate forces. Union troops took control of the capital city and resisted any attempts of Confederate control. The closest fighting involved exchanged cannon fire with troops being led by former Missouri Governor Sterling Price. The effects of the Civil War in Missouri would leave a feeling of resentment on both sides. (More Missouri Civil War history can be found here.)

In Jefferson City, the stone structure that Charles Crump had constructed was being used as a hotel. A business associate, who had leased the upper floors, received plenty of business from travelers along the river. This lodging option started as the Missouri Hotel but would see a name change to the Union Hotel, in reference to the owners Civil War sentiments. Bringing Peace Back to Capital City

It took until 1875 for the legislature to revise the Missouri constitution. Once this was completed, it allowed the citizens to move past the economically stifling war. New industries would blossom, including shoe manufacturing and printing. The influx of settlers passing into the west would provide much-needed revenue for local businesses. The heyday of river travel was coming to an end, as more people began traveling by rail. The Lohman building closed up shop to retail customers and was turned into a warehouse.

Just as things seemed to be returning to a state of normalcy, the idea of moving the state capital once again rose its ugly head. In 1896, the city of Sedalia attempted to win this favor but was voted down by the citizens of Missouri. After the turn of the century, the business of state government became the dominating tone of Jefferson City. The storied history of Jefferson Landing would see the Lohman warehouse converted into the Tweedie Shoe Company. 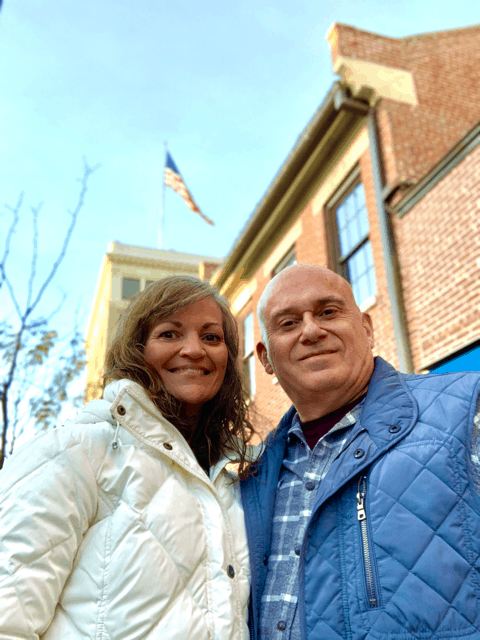 It would take until the 1960s before the state would acquire the property. Sitting nearby the capital, this historic structure had been an important piece of the storied history of the surrounding area. Our tour of this FREE attraction, allowed us a look back at life in a simpler time. We can imagine stepping off of a riverboat, and stopping in the store for supplies, before heading off to wherever our travels would lead us. On the day of our visit, we noticed a surprisingly large number of people at the site. We would learn that the local Amtrak stop is located across the street from Lohman’s Landing. This is certainly something to keep in mind for future visits. With shopping and dining, as well as the capitol building, so close by, it would make a perfect train day trip. Have you ever taken an Amtrak trip?