Talk To The Animals at Omaha’s Henry Doorly Zoo

Talk To The Animals at Omaha’s Henry Doorly Zoo

We Kansas Citians are very fortunate to have a good selection of zoos to choose from, within a fairly reasonable driving distance. The Kansas City Zoo is a decent park, but doesn’t have the monetary sponsors that a couple of the others in the Midwest are blessed with. The Henry Doorly Zoo in Omaha, Nebraska has been wildly successful in part due to the corporate funding they have been provided. Being less than a 3 hour drive away makes this park a great option for a day trip, which we recently experienced.

The Animals of the African Grasslands Exhibit 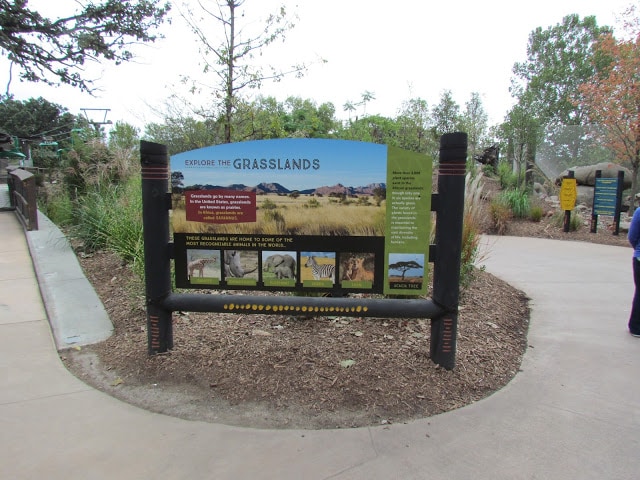 The most recent addition to this zoo is the $73 million African Grasslands exhibit. This 28 acre section is the single largest project in the zoo’s history. It opened this Summer, and the animals were still getting used to their surroundings. The day we went the weather was perfect, which meant that the activity level was fairly high. 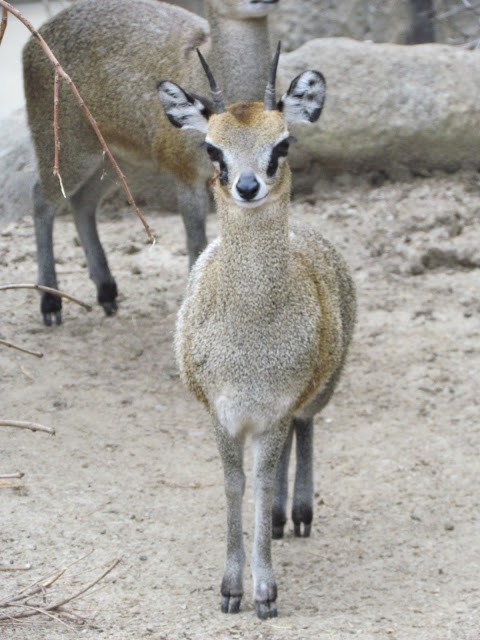 Meerkats and small African deer stand guard at the entrance to the new exhibit. This area can be missed if you aren’t paying close attention. Of course kids usually have a habit of spotting these curious creatures. The giraffes are one of the first animals you encounter in the new open savanna style exhibits. There were four outside the day we went, with a few more being held indoors. The staff are on hand to explain the exhibits, as well as answer any questions that guests may have. There is a feeding station where you can buy branches of leaves to feed the giraffes. They were quite skittish the day we went, but after a bit they did wander closer. They were ready to eat until the train happened along. the staff explained that the giraffes had previously been in an area separate from the commotion, so they were still getting accustomed to the noise. It was still nice to get a close up view of these amazing creatures. 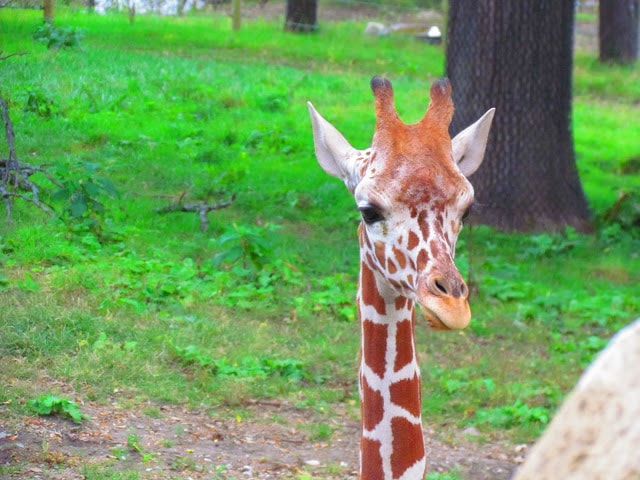 The train snakes its way all around the African exhibit, so many of the animals were a little on edge. Staff assured us that this will fade quickly, and soon they will go about their daily activities completely unnerved. The next area we encountered was the elephant enclosure. Unfortunately they kept their distance from the crowd, so we didn’t get good views. I am glad I took our camera that has good zoom features. Staff explained that some of the elephants were recent additions to the zoo. 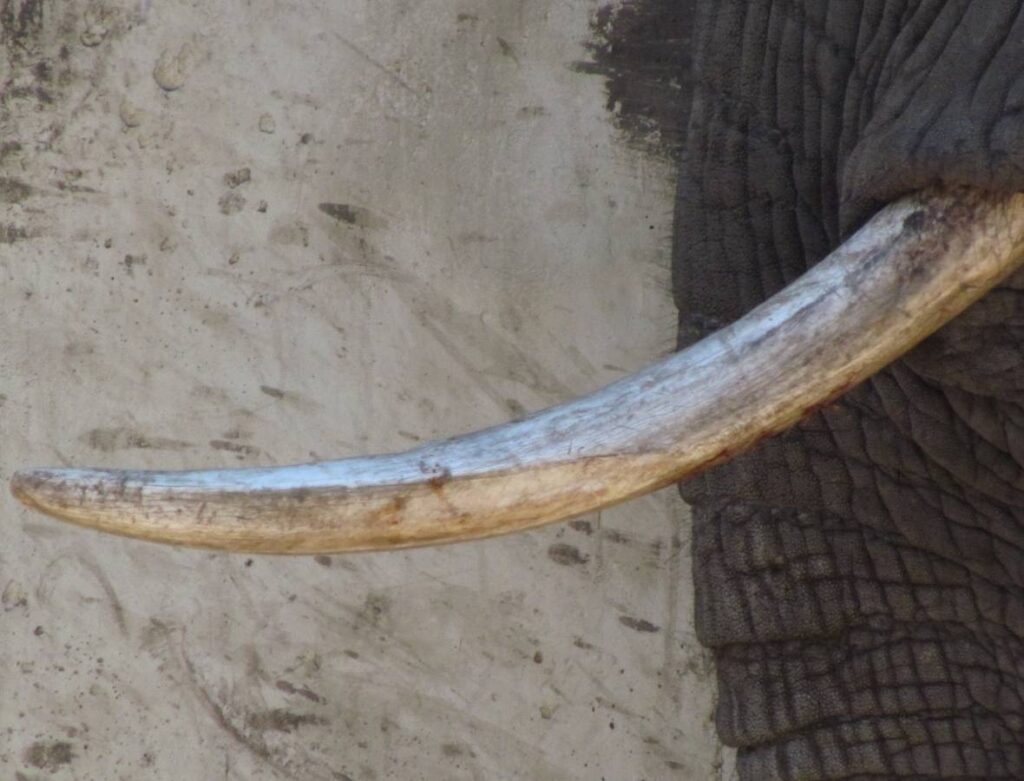 The rhinos are positioned on a hilltop just above the plains, so they are viewed a little from below. There are spots where they can be seen at eye level, but the feeding station is elevated, and that is where they were spending their time during our visit. Although they are on a hill, they are still in view. 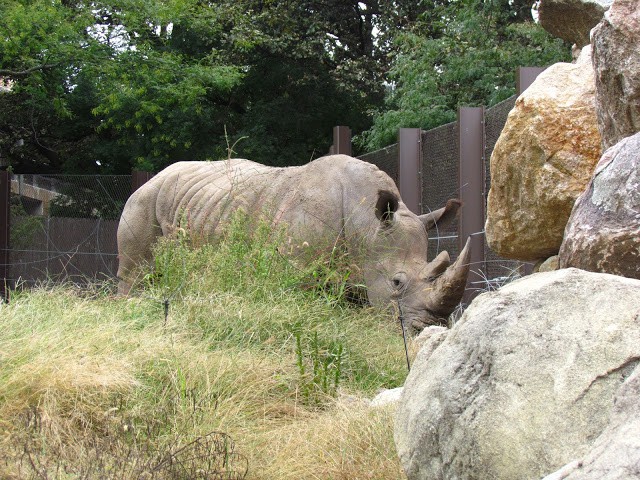 As I already said, the weather was perfect, but the signs of Fall were already making their presence seen. The landscaping in this new section is very nice, if still a little young. They have a wonderful selection of trees, shrubs, and grasses that will be quite dramatic when full grown. The landscape will look even more beautiful as it matures. 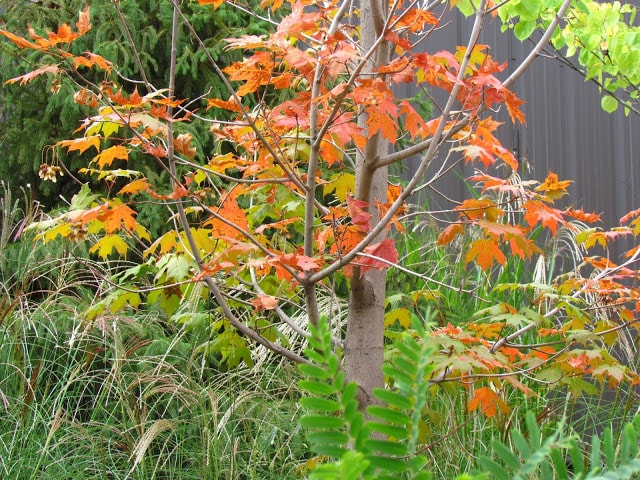 Continuing the journey towards the back of the park, we came upon a lagoon. Here there were plenty of places to feed the fish and ducks that occupy the water. In the middle of the lagoon the have an island dedicated to holding the gibbons. These creatures are certainly entertaining to watch, as they swing, wrestle, and play high above the ground. It would be easy to spend an entire day watching them at play. After crossing one of the two bridges you will find yourself in the big cat area. Here you will find the cheetahs, which were sleeping in a log, and the lions. The lion exhibit is a take on a safari camp with places for guests to have an interesting interaction experience. One of the most fascinating is a wall of glass for panoramic views. There is even a section that has a truck divided in half by the glass. Guests can sit in the cab, while lions can climb in the bed of the truck. of course the day we were there the lions chose to spend their time surveying their land from a hilltop. The new exhibit mimics a safari camp. 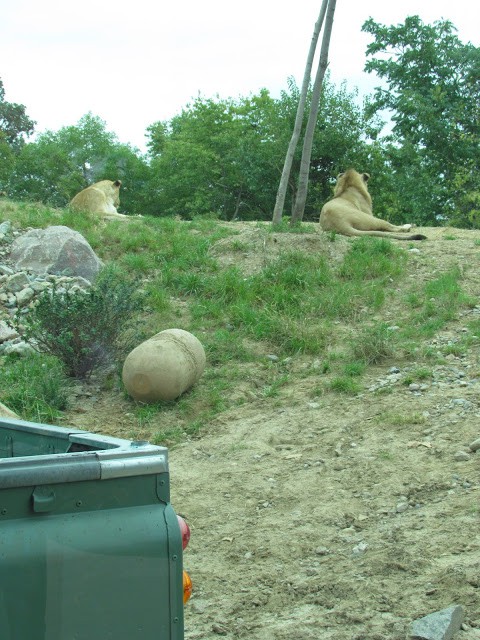 After getting to the back end of the park, we chose to ride the aerial tram back toward the entrance. We thought this would give us an interesting perspective on what we had already seen. This ride costs $3.00 per adult for a one way ride. The Skyfari ride runs from across the park. Gaining a new perspective of our surroundings. It certainly provided a better perspective of the layout to the new exhibit. This area will certainly require a return visit next year to see if the animals are better adapted to their new homes. Overall we were quite pleased with this new addition, but we have only scratched the surface of this wonderful zoo. What are some of your favorite exhibits at the Henry Doorly Zoo?