We are zoo people! There I said it, and it feels good to get that off of my chest. On many occasions we have been asked about the attractions we visited, when we were traveling as a couple without kids in tow. We are still amazed when people act amazed that we visited a zoo on our travels. Let’s face it, it’s a fascination we have in common. Some zoos are designed to be purely entertaining, while others are heavy on educational value. We have seen small, medium, and large sized zoos. We have been to zoos in the Midwest, near the oceans, and even in the mountains. On our Rocky Mountain Road Trip we had the chance to visit the Hogle Zoo in Salt Lake City, Utah. 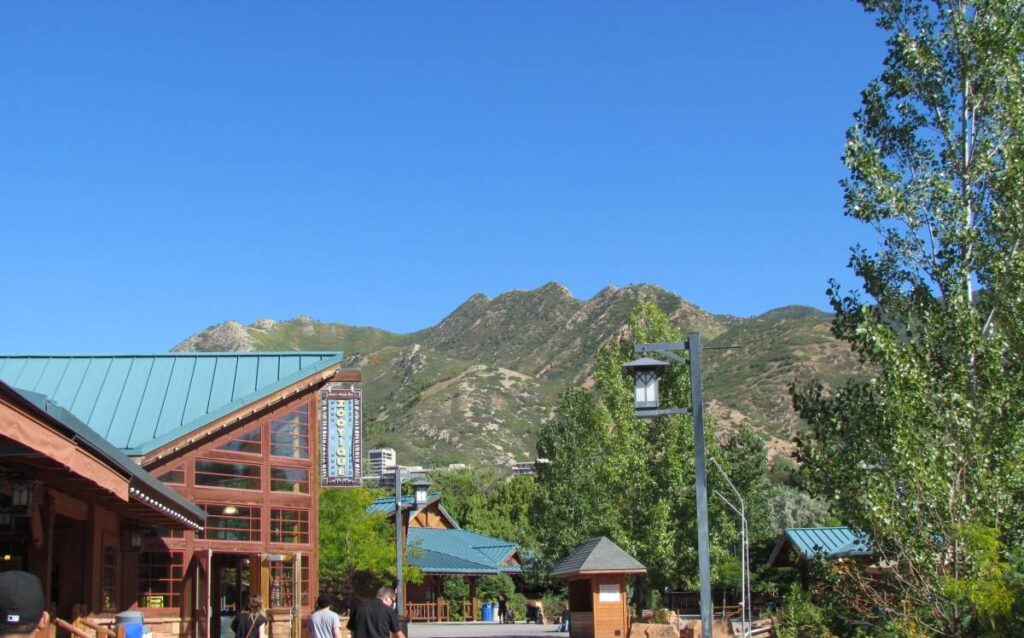 Situated at the entrance to Emigration Canyon, at the base of the Wasatch Mountain Range, this park covers 42 acres. Visitors are treated to views of the mountains, which serve as a backdrop for many of the exhibits. The zoo is owned by the city, so all major projects are determined by voters, and funded by taxpayer dollars. The zoo began in the early 1900’s, and in 1916 they purchased an elephant named “Princess Alice”. The money for the purchase was raised by change donated from schoolchildren. By 1931 the community was complaining that the elephant was breaking free from her exhibit, and wandering around the neighborhood. The Hogle family donated the property that encompasses the zoo today. 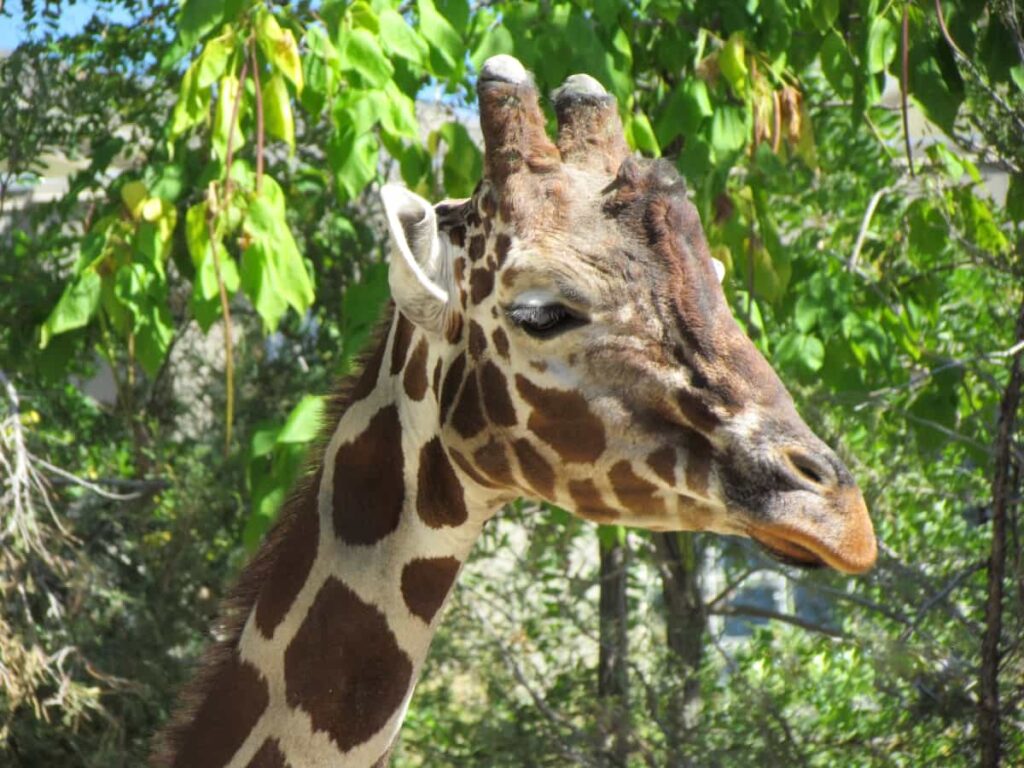 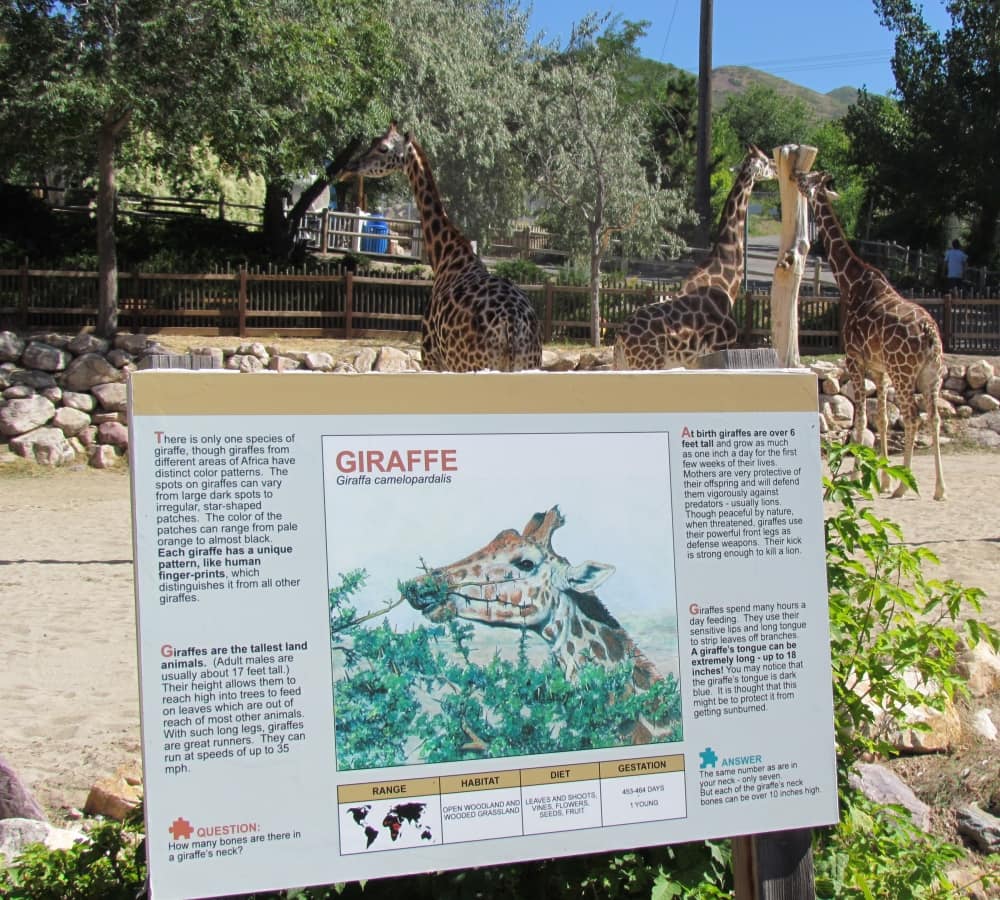 Hogle Zoo offers up a lot of the same animal exhibits as you would find in a plethora of zoos around the country. While they are not as much of a hands-on educational zoo, their exhibits have excellent signage. Basic information can be found by reading the background of each of the species, along with some unique factoids. For instance did you know that giraffes have a tongue that can grow up to 18 inches long? 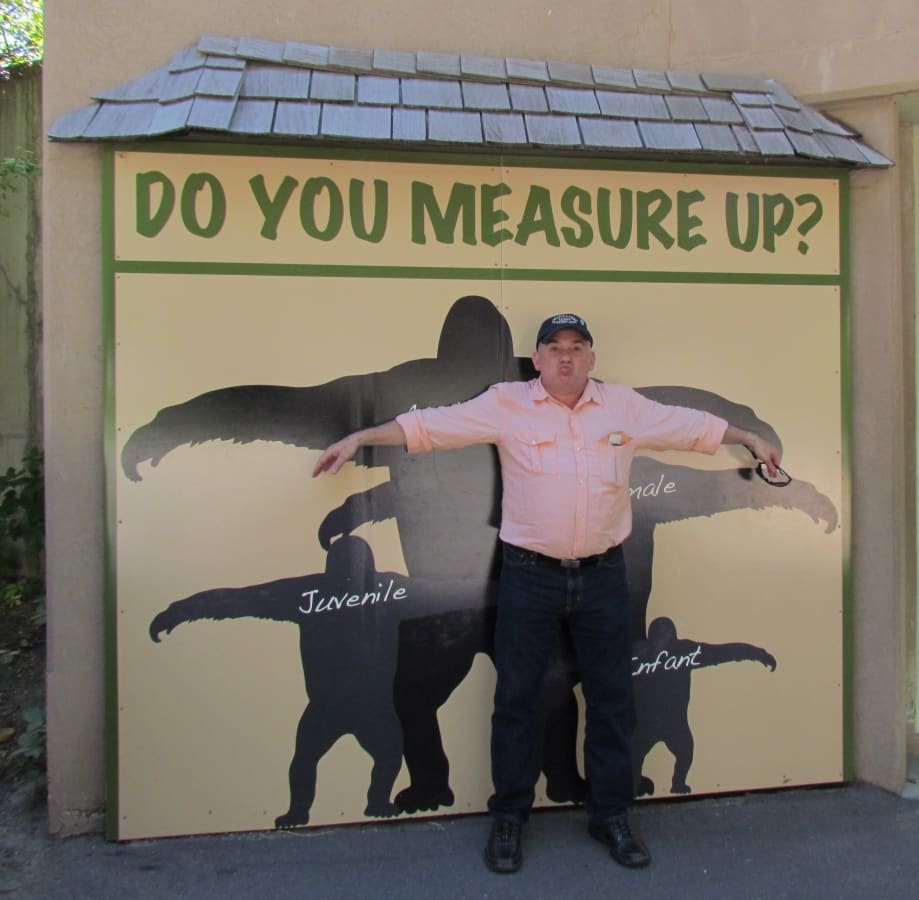 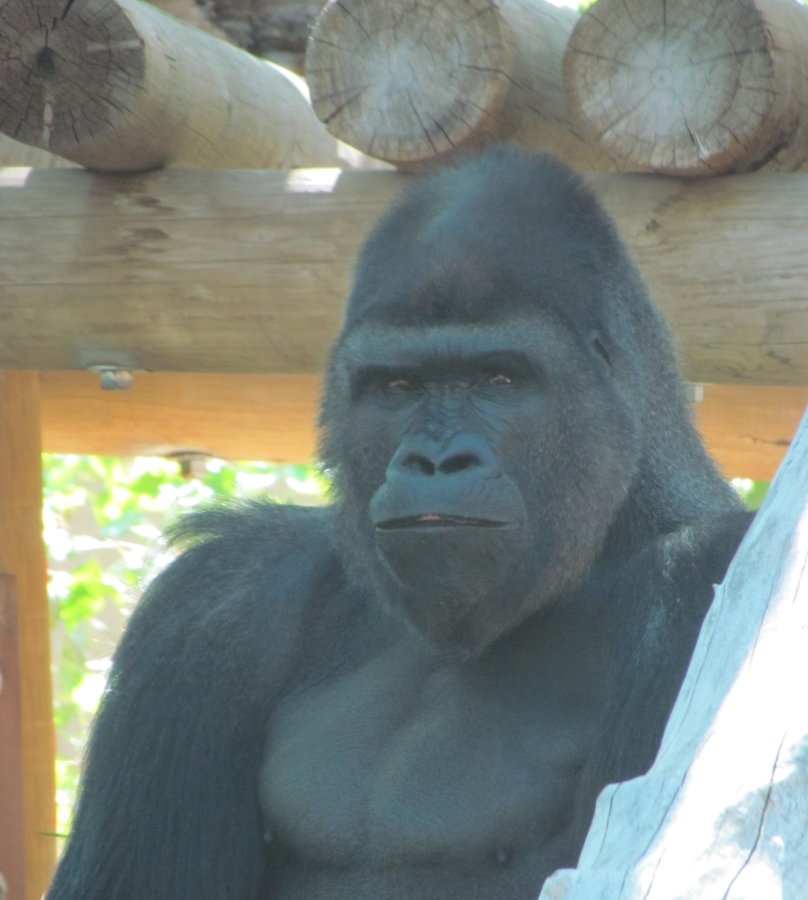 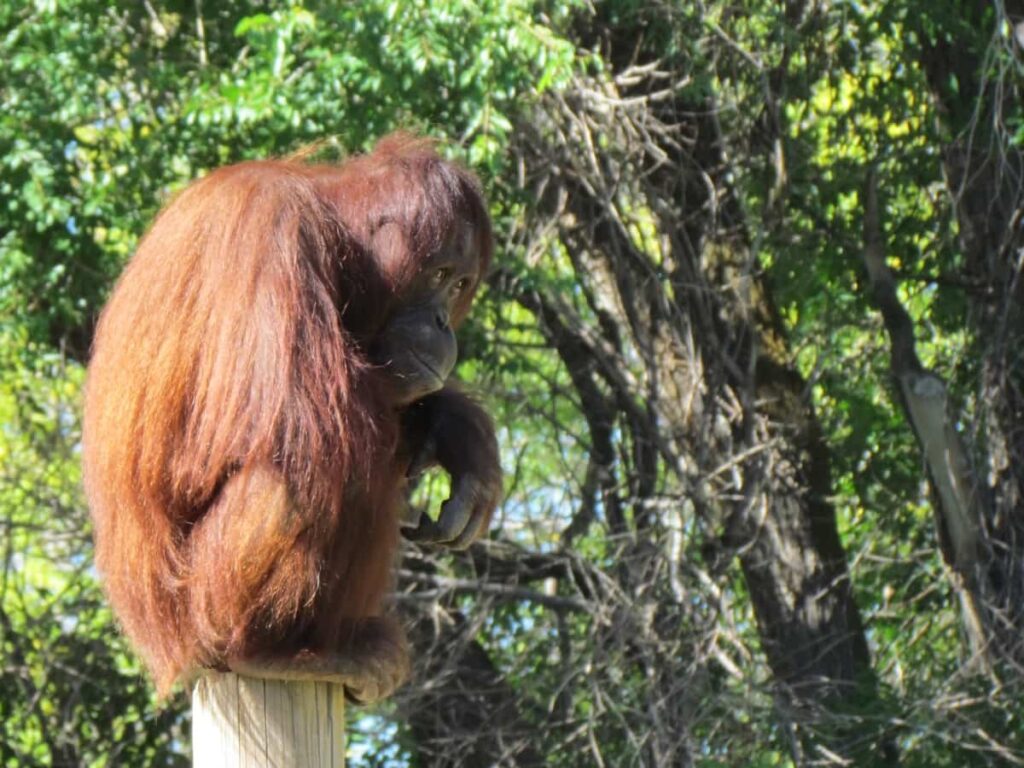 Other interactive exhibits allow guests to compare themselves to the animal kingdom. It is clear that I may be almost as tall as an adult male gorilla, but have nowhere near the reach that they do. He also didn’t seem overly entertained by my antics. As the morning wore on, we made our way through the balance of the primates exhibits, as well as the lions and elephants. 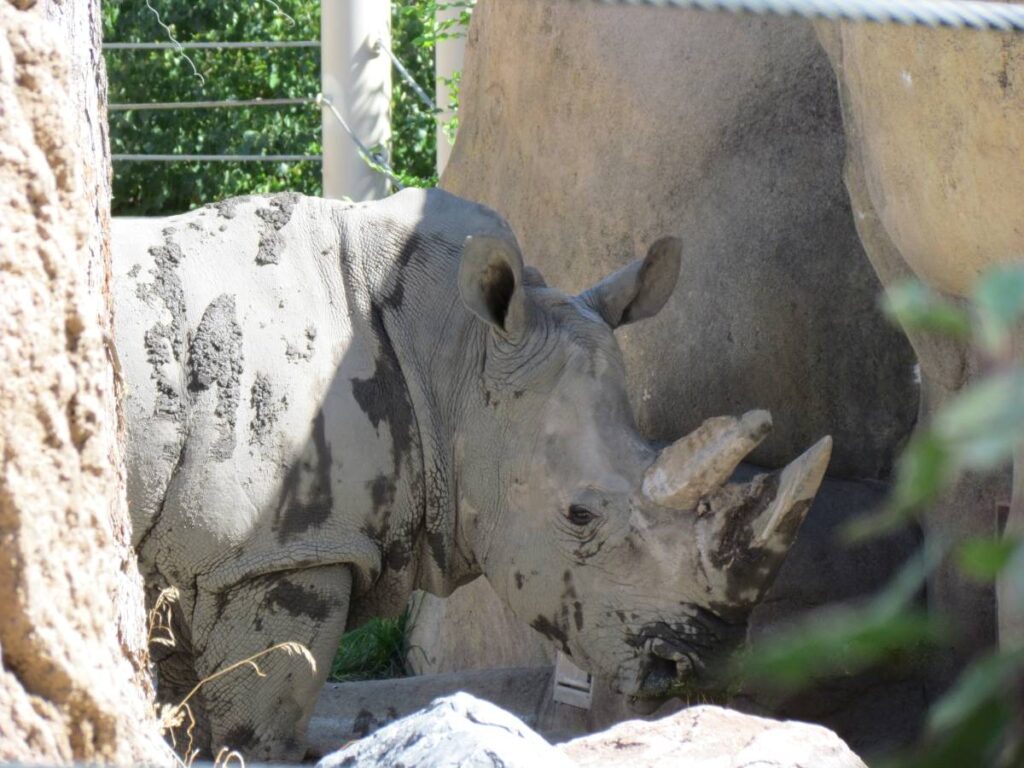 Continuing deeper into the park we encountered the white rhino exhibit. These magnificent creatures have been brought back from the brink of extinction, but still face a questionable future with the recent increase in poaching. It’s hard to grasp that an adult male can weigh as much as 2 1/2 tons, and run over 30 mph. Not a creature you want to have to run away from. 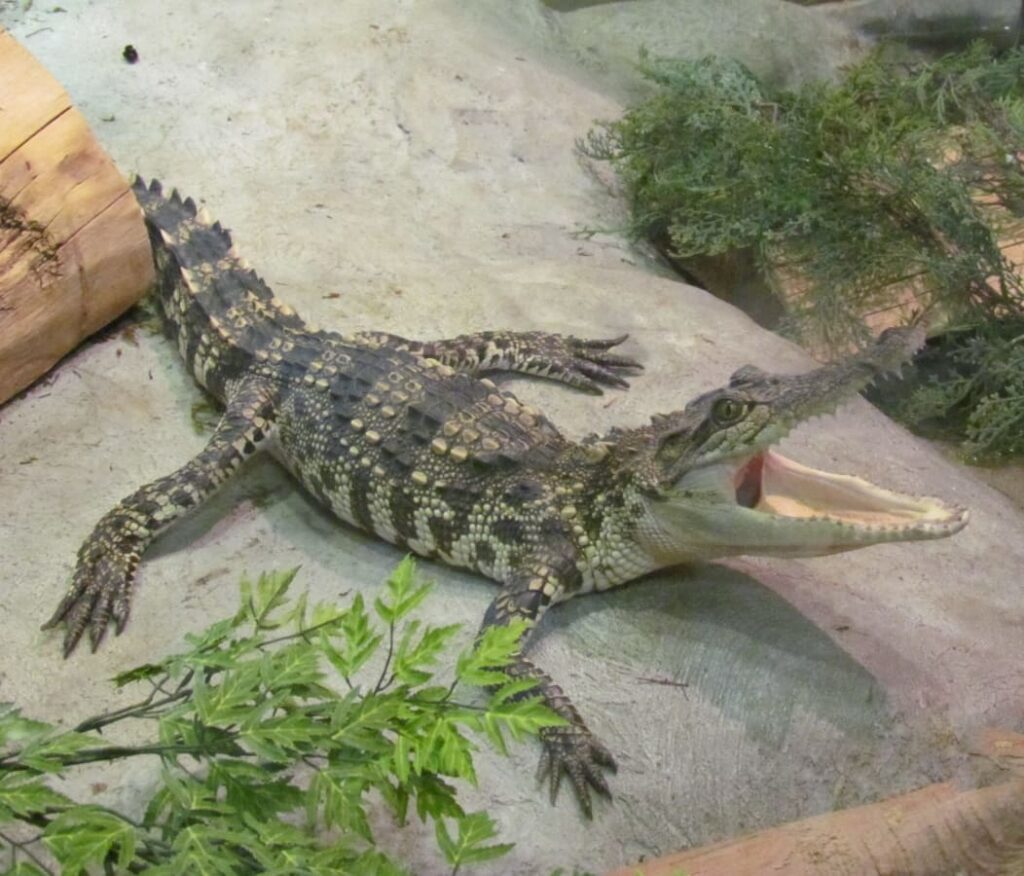 As we approached the back of the zoo,  we came across the reptiles and small animals. After a short stop to refuel, we were off again passing the wolves exhibit on our way to the cats. 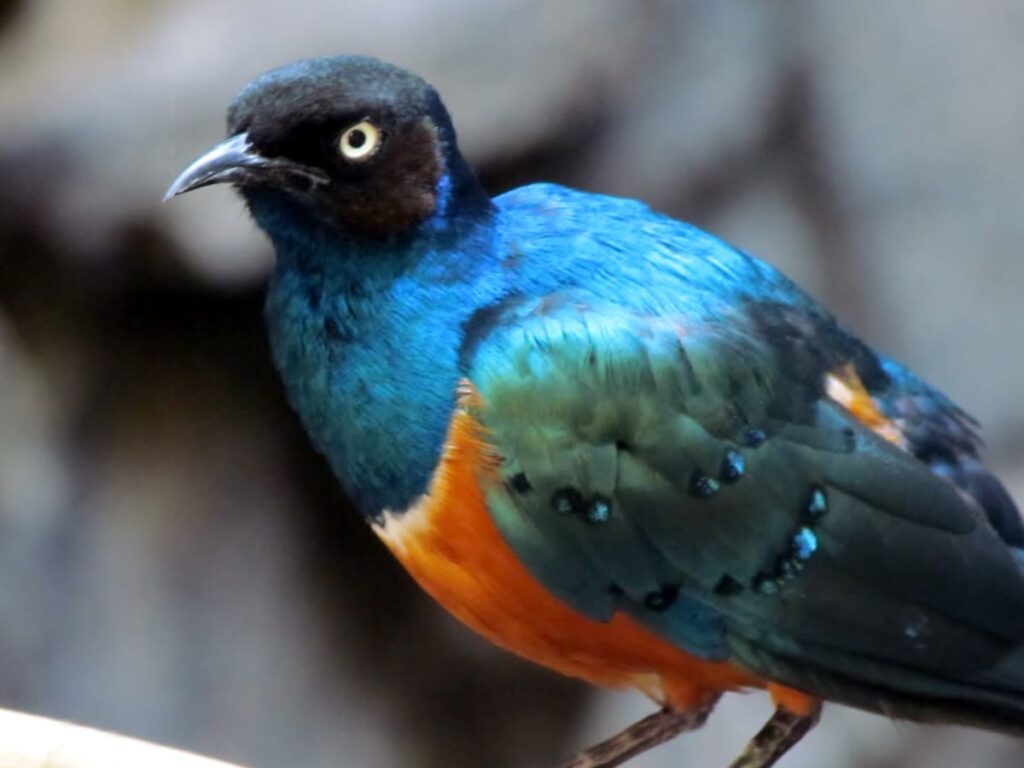 At the very back of the zoo you will find the Asian Highlands. This exhibit was opened on the 75th anniversary of the zoo. The overall design was made with the idea of presenting the animals in a naturalistic environment. All of the cat species on display are inhabitants of Asia, and some we had never seen before. Pallas’ Cats lives in mountains and steppes at altitudes up to 10,000′, and are able to withstand temperatures in excess of minus 60 degrees Fahrenheit. The Sand Cat lives on the other end of the spectrum, surviving desert areas with temperatures soaring to over 120 degrees Fahrenheit. We were surprised to find both of these creatures alert and active during our visit. 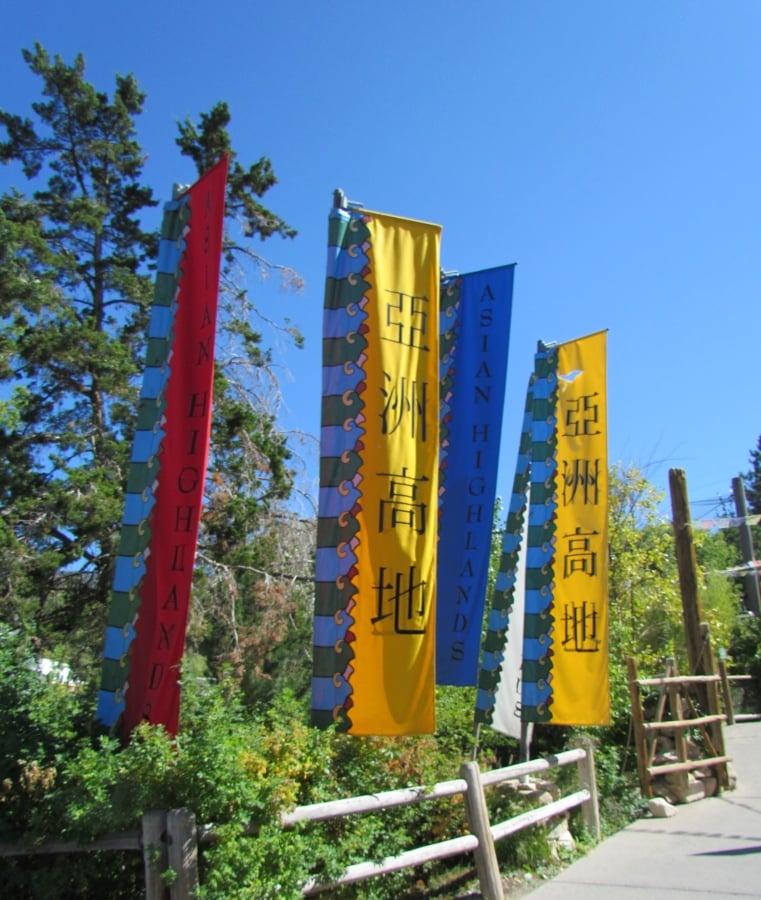 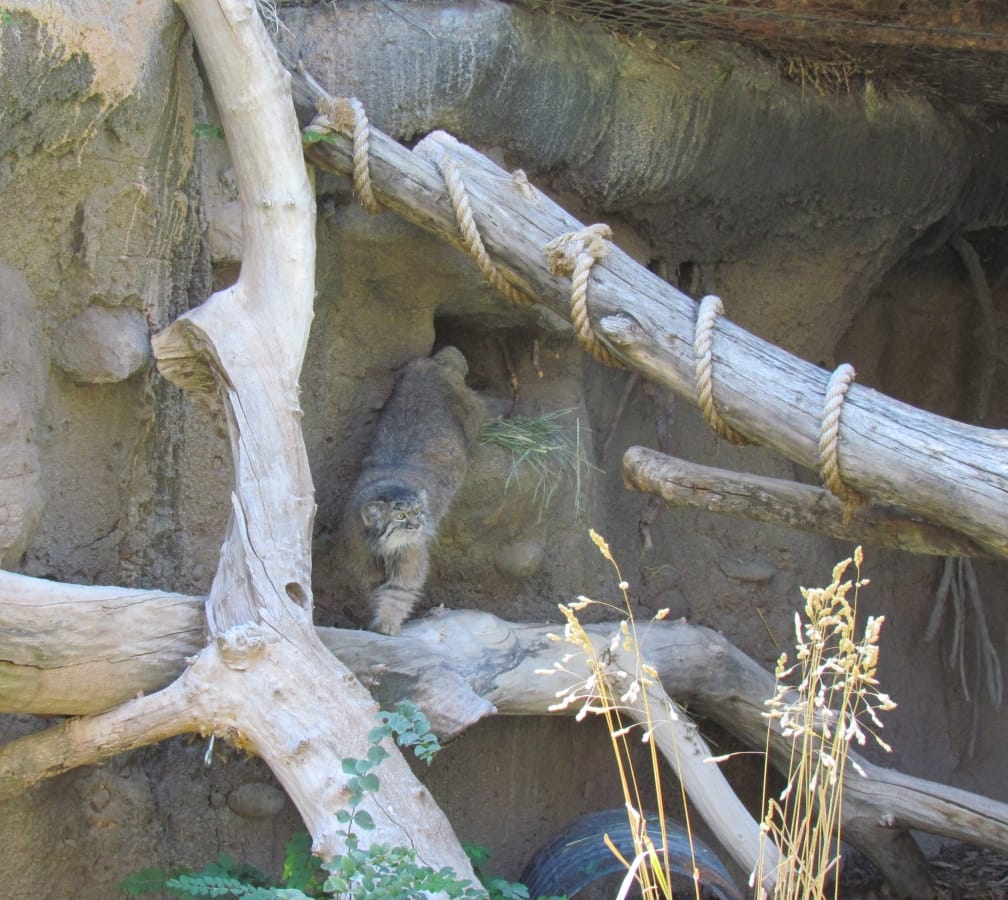 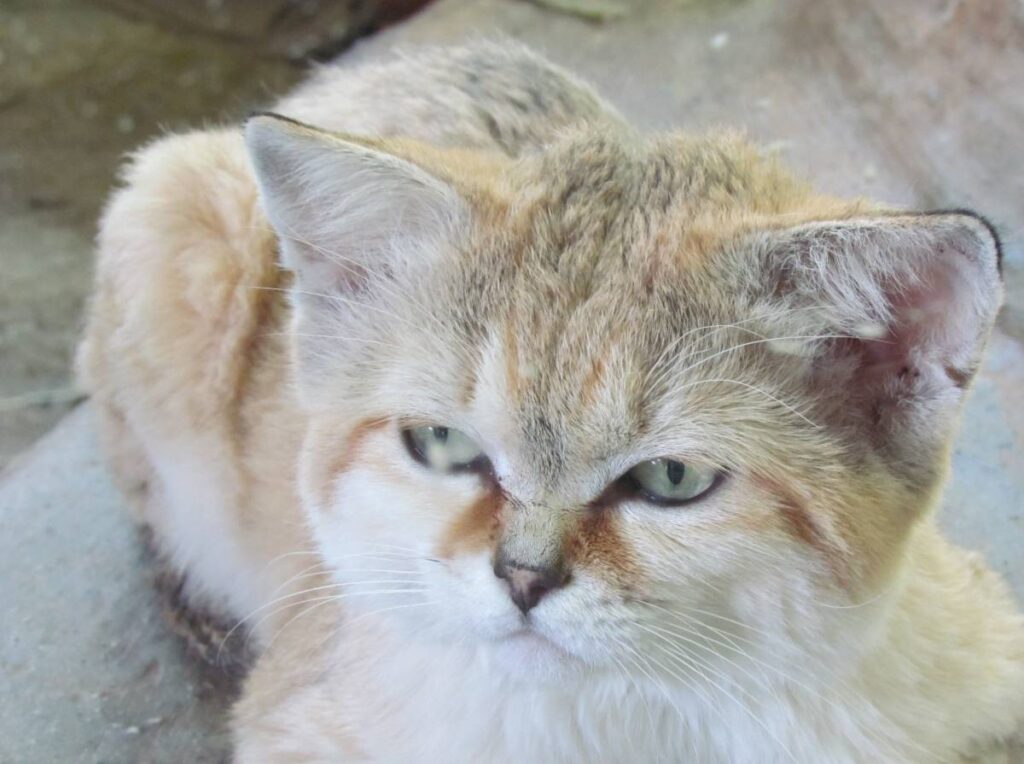 With the day winding down, we headed back toward the zoo entrance. We took a quick view of the Rocky Shores area, which is home to their bears, otters, and coastal creatures. Unfortunately, time was slipping away, and we still had some driving to do before our day ended. We look forward to a return visit to the Hogle Zoo, when we can experience more of their interesting exhibits. Now you can hopefully understand why we consider ourselves zoo people. Where else can you get so much entertainment that is family friendly, educational, and helps you better understand our relationship with nature?