There is a lot of uncertainty floating around Kansas City right now. We find ourselves in the middle of the Covid-19 shutdown. Businesses are learning how to adapt to this new paradigm. While many have reduced hours and even scaled back their menus, others have temporarily closed. That is the case for Green Room Burgers & Beers in Westport. The future may bring uncertainty for some retailers, but we know that the sun will shine again in America. Our country has faced difficult times before, and we have always risen to the occasion. There are hundreds of stories behind the scenes of local Kansas City businesses. Green Room Burgers & Beers has ties that take it back to World War II. That is where the story of Papa Louie Ptacek begins its journey to 4010 Pennsylvania Avenue, in Westport, Missouri. By showing his children the rewards of hard work, he set an example that would be followed by his son, Tom. Papa Louie’s youngest son would get bit by the entrepreneur bug. In 1981, he purchased the property and started the Westport Coffeehouse. This space had served multiple purposes, beginning with being the home of Westport’s first mayor.

Fast forward three decades, and you would find Tom’s son following in his father’s footsteps. (Obviously a family trait.) Michael Ptacek, along with his wife Cindy, sliced off a piece of the property to create a craft beer brewery. This was no easy feat, as obstacles arose from many directions. On February 3rd, 2012, Green Room Burgers & Beers opened with no staff, and more surprisingly, no beer. Instead, they were serving up cask ale, which would slowly gain a following from a hesitant public. These days they still produce the cask ale but have added drafts, IPAs, and barrel-aged beers to their menu. Space in Green Room Burgers is a premium, which fails to allow for true “social distancing”. The place was never designed for that principle. It’s a local hangout where people gather to socialize. This new, and hopefully temporary, reality forced Green Room to shutter its doors. They have maintained an online presence where they sell gift certificates and merchandise to weather this storm. We look forward to returning to this local haunt to enjoy some of their tasty menu items, as we know the sun will shine again on Kansas City. Forty Ten Will Do

In the meantime, let’s check out what we enjoyed during our last visit. To put it in perspective, the Kansas City Chiefs had just won the Super Bowl. Giddy with joy, we set out on a multiple-day celebration tour. This was a time to join in the local love, as our entire city was overcome with relief, after a hard-fought victory by our boys in red. Green Room Burgers & Beers made a great spot for winding down after a day of revelry. Crystal had brunt off an amazing number of calories, so she was determined to tackle the Forty Ten. When they rested the plate in front of her, her eyes showed the same look of disbelief as the Forty-Niners defense did in the 4th Quarter.

Two fresh ground quarter-pound patties make a formidable opponent for any appetite. Let’s not stop there. Toss on some bacon, cheddar cheese, Dijon mustard, avocado slices, and even grilled jalapenos for some extra heft. Of course, as I suspected, Crystal skipped the jalapenos. Still, she did well trying to accomplish this insurmountable task. While she didn’t match up to the Chief’s come from behind victory, she did give it a noble effort. I decided to slow my roll and stick with a Greem Room Burgers classic. The Saturn is a realistic size sandwich, but one that still brings some fun to the table. The “smashed” quarter-pound cheeseburger is nestled on a bed of ranch dressing and pickle slices. Once situated, the task of piling on begins. Unlike in football, there is no penalty for this type of action. Let’s begin with some grilled mushrooms and onions, but wait there is more. How about a nice crunchy onion ring for some extra zest? It all looks so good, but when the top bun is removed we find an added secret. In the middle, they have stuffed batter-fried cheese curds. What yummy madness have they created? Only the best kind that I can imagine. This burger pairs well with one of their craft creations, as well. 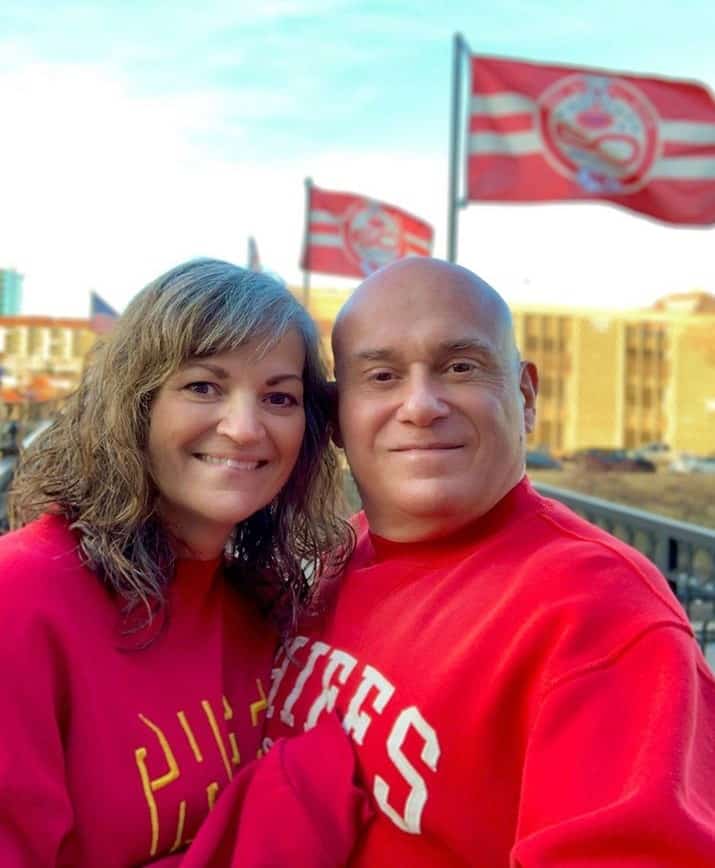 The Sun Will Shine Again

Just revisiting these memories has stirred a yearning for some of the delectable dishes we have found at Green Room Burgers. While we know that the sun will shine again on this Kansas City spot, we can’t help but wonder how many other places will fail to recover from this catastrophic event. It will take all of us working together to help our favorite small businesses weather this unexpected set of circumstances. We implore you to do whatever you can to help them survive. If they offer carryout, order a meal or maybe some gift certificates for a future visit. You can also make their presence known to all of your family and friends by doing shoutouts on your social media channels. We know that this situation is difficult for everyone, but if we stick together we will overcome it. Stay safe, Kansas City!