Traveling through the Texas Panhandle can bring with it some unusual sights. One of the most popular paths is to follow along the old Route 66, which passes through Amarillo. Just west of the city, we happened upon the Cadillac Ranch. This quirky art installation is visited by thousands of budding artists annually. The open invitation to leave their mark has created an ever-changing landscape. We saw this opportunity as a chance to be part of history, even if only for a moment in time. 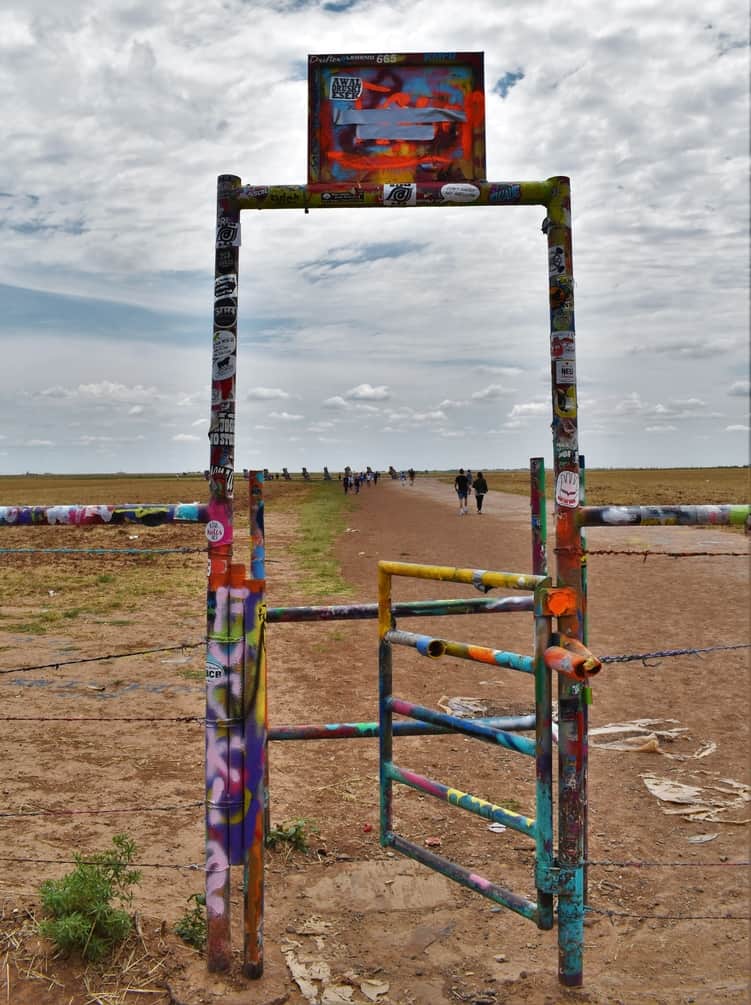 Color on the Panhandle

The Cadillac Ranch will certainly catch the eye of passing motorists. The backstory is just as impressive as the monument. A local Texas millionaire, named Stanley Marsh 3, invited an artist collective to create an intriguing installation on his ranch. Marsh’s goal was to have something so unique that it would baffle the minds of locals. The artists, known as the Ant Farm, hailed from San Francisco. With the permission and financial backing of Marsh, they came up with a plan for the Cadillac Ranch. Our Path to Paint

In 1974, the plan went into effect. The idea behind the art installation was to show the evolution of the Cadillac’s tail fins, from 1949 to 1963. To accomplish this, they planted ten automobiles nose down in the Texas Panhandle. All of the Caddies are angled toward the west in a straight line. Since the piece was accessible by the public, it didn’t take long for change to occur. It began with visitors removing pieces from the cars. The glass was broken out, and much of the chrome was stripped off. The next step, in the evolution of the ever-changing landscape, came in the form of spray paint. It began simply as tagging the cars with a name. Visitors looked for any unaltered spaces to claim for their own tag, and soon all of the cars were covered. With every inch plastered, it was only logical that old tags would soon become covered with fresh paint. Fast forward forty years, and what we found was a field of nearly unrecognizable autos. While the original finish is long since been covered, the tail fins still show through the layers of paint. Not to be left out, we came prepared with our own can, as well as some gloves. The biggest challenge was finding a spot where our short-lived markings would survive. It seemed like each of the ten cars had its own little group, and there was an almost unending line of new arrivals. Soon we found our spot and prepared to make our mark in the ever-changing landscape. With the wind whipping all around, we were a little nervous about the spray. Fortunately, our spot was on the eastern side of the last Cadillac on the eastern edge of the art installation. Within minutes, our legacy was complete and left a permanent record of our visit. Of course, the layer upon layer of paint suggested that it would be covered up by the end of the day. 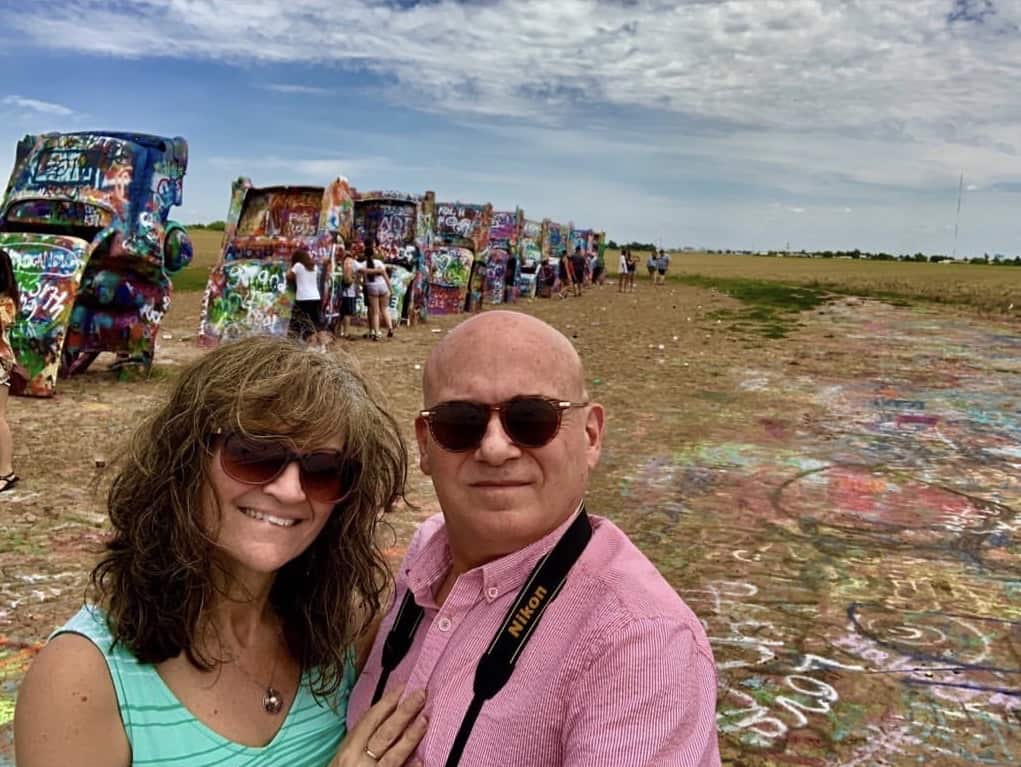 We looked around at the scene around the Cadillac Ranch in amazement. It was obvious that visitors were not satisfied with just painting the cars. Nearby, the parched Texas soil was covered in brightly colored shapes and designs. The hot July sun was sliding across the horizon, so it signaled the time for our departure. With all of the running we had been doing, we were looking forward to a little relaxed time. (We found it here at the Botanical Gardens.) With our addiction to this Route 66 landmark complete, we made the walk back to our car. Along the way, we passed other travelers who made the pilgrimage to leave their mark on the ever-changing landscape. It made us realize that the one constant at this site is change.