The Wisconsin Dells has long been known for the natural beauty that is tucked away along the banks of the nearby waterways. Many have overlooked another hidden attraction that lies right under their noses in the downtown corridor. Stepping through the doors, visitors enter a world of fantasy where they will discover the wonders of questing. Wizard Quest is a 30,000-square-foot labyrinth of sights and sounds, designed to spark the sleuth in all of us. Armed only with our camera and curiosity, we dove headfirst into this fantastical world.

We want to thank the Wisconsin Dells CVB and Wizard Quest for hosting our visit. Rest assured all opinions are our own. 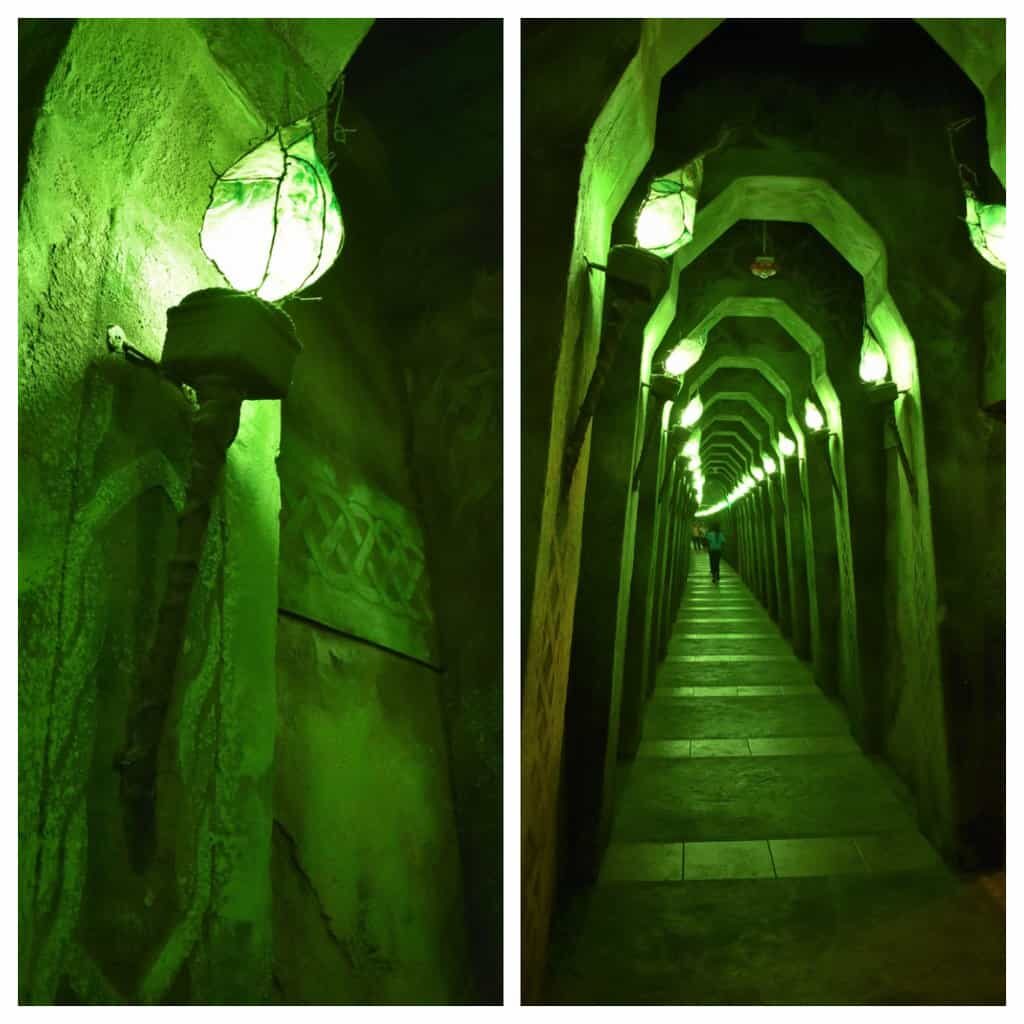 Our first stop in Wisconsin Dells had been an exploratory adventure on the Dells Boat Tours. After taking in the unusual landscape, we were ready to explore downtown. Broadway is the main drag through town and the street is lined with restaurants and shops. During our research phase, we had seen ads for Wizard Quest, and we were intrigued by the pictures we found. The idea of banding together to explore a fantasy world filled with clues seemed like a great way to spend an evening. Once we stepped through the entrance, we knew it was a great choice. Admission to the attraction gives guests two hours to solve as many mysteries, as possible. The attraction is broken into four worlds; air, water, earth, and fire. Each area is decorated according to its theme. Corridors and pathways lead explorers from one adventure to the next. Along the way, we met some interesting characters, who would offer up a combination of quests and clues. I’m not sure how many quests they have, but we found that they present a variety for all age groups. We noticed groups with varying ages of participants, and all seemed engrossed in their quests. Crystal and I chose to forego attempting the quests and just explore the space. The creators have done an amazing job of building a space that completely draws you in. We were enjoying seeing the details that make up each of the realms and we spent the first hour just wandering around. There is plenty of space for each team to get lost in their adventure, and we would watch groups scurrying from one area to the next. While taking it all in from a distance is fun, it wasn’t until we began diving into the details that we began to discover the wonders of Wizard Quest. Countless dioramas are hidden behind windows and tucked away in corners. Each tells a piece of a story that meshes into one of the adventures. While we were not looking for specific clues, it was obvious that many were strewn within these scenes. The level of detail is astounding and we soon became compelled to discover as many of these spaces, as possible. It looks like we were on our own type of quest. Teamwork for the Win

Wizard Quest was designed to work as a team-building experience. With such a large space to explore, we noticed some of the same teams passed by over and over. It was hard to tell if they were doing one quest or possibly had moved on to subsequent adventures. It was handy having these others around, as we often would piggyback directions off of them. The labyrinth of passageways can certainly get you turned around and we would often wonder how others got into areas we were missing. It was by chance that we spotted a team disappearing behind a hidden door. Seeing this added a new level of intrigue to our visit. Our new mission was to discover as many of these secrets, as possible. In this room, we found that the teapot was the trigger. By tilting it forward, onto the small pot, it triggered a hidden doorway nearby. Now we were getting places. We would need to return to all of the previously explored areas to see what we had overlooked. Before long, we found ourselves completely engrossed in our mission. While we have no idea which adventure includes a treasure room, we do know that we found it. Our two hours were drawing to an end, but we felt like we had accomplished a lot. With so many individual quests to embark upon, we can see Wizard Quest as the type of place that begs for multiple visits. Even without any particular direction, we still had a blast. It goes to show that you are never too old to discover the wonders of exploration. Who would you include in your Wizard Questing team?