Carving A Space In The New World – Fort Conde

Carving A Space In The New World – Fort Conde

Nearly three-quarters of a century before the Revolutionary War, the city of Mobile sprang to life. At that time, the lands were claimed by France. Time would find this ownership tenuous, as they struggled to ward off enemy advances. With this being our first Alabama visit, we wanted to get in touch with the history of the city. A tour of Fort Conde is a “must-see” since it is so integral to the founding of the city. Here we would get a glimpse of how the early players were carving a space in the New World. The current structures are reproductions of the original, which encompassed a much larger area. We found them to be an interesting diversion during a day of exploring downtown Mobile, Alabama.

We want to thank Visit Mobile and the History Museum of Mobile for their hospitality. Rest assured all opinions are our own. The founding of Mobile is largely attributed to Jean-Baptiste Le Moyne de Bienville. He arrived in the New World, along with his brother Iberville, around 1699. During the exploration of the Gulf Coast, they journeyed up the Mobile River as far as his ship would travel. Iberville would eventually return to France, but he left directions for Bienville to establish a new settlement. A couple of other notable characters are associated with these early days of Mobile. Henri de Tonti, a French explorer, had spent many years exploring the New World. His experience as a treaty negotiator was key to working with the local natives. Laurens de Graaf, a Dutch pirate who had much success battling with the Spanish Navy, is claimed to have been among the colonists at the new city of Mobile. Hints of the Past

The original French settlement had been about 25 more miles inland, at 27-mile Bluff. This first French colonial site was constructed in 1702, but by 1711 the decision was made to move closer to the gulf after flooding on the Mobile River. A small wooden fort was erected by residents, with assistance from neighboring native tribes, in what is present-day Mobile. Within ten years, the fort had fallen into disrepair, so plans were made to replace it on a grander scale. The French were preparing to showcase their dominance by carving a space in the New World. Carving a Space in the New World

In 1723, the construction of a new fort was started. Covering an area of over 10 acres, this would be a substantial structure. The new fort was an impressive accomplishment with walls 16 to 20 feet tall. A moat surrounded the fort and would slow down any aggressors so that the cannons could do their job. This imposing structure seemed all but impenetrable by the time of its completion.  For over 3 decades, Fort Conde would help France hold its grip on this territory in the New World. In 1756, a global conflict would erupt that redrew the lines of dominance. The Seven Years’ War would involve many parties but was largely concentrated between France, Spain, and Great Britain. In the New World, the French and Indian War was primarily the American portion of this global conflict. The British were more aligned with the native tribes, which allowed them an advantage over France. Great Britain gained territory from the Plains of Abraham, in Quebec, to Fort Conde in Mobile. By 1763, the French had succumbed to British pressure and given up their claim to Mobile. The British set to repairing the fortifications that had been damaged during the war. They also renamed the structure as Fort Charlotte. They had little time to relish in the revived glory before they were assailed by Spain. In March 1780, Spanish troops laid siege to the fort. Approximately 300 men attempted to stave off the 1000 strong forces that bombarded the recently repaired walls. The British forces were able to hold off for two weeks but eventually surrendered to the Spanish troops. 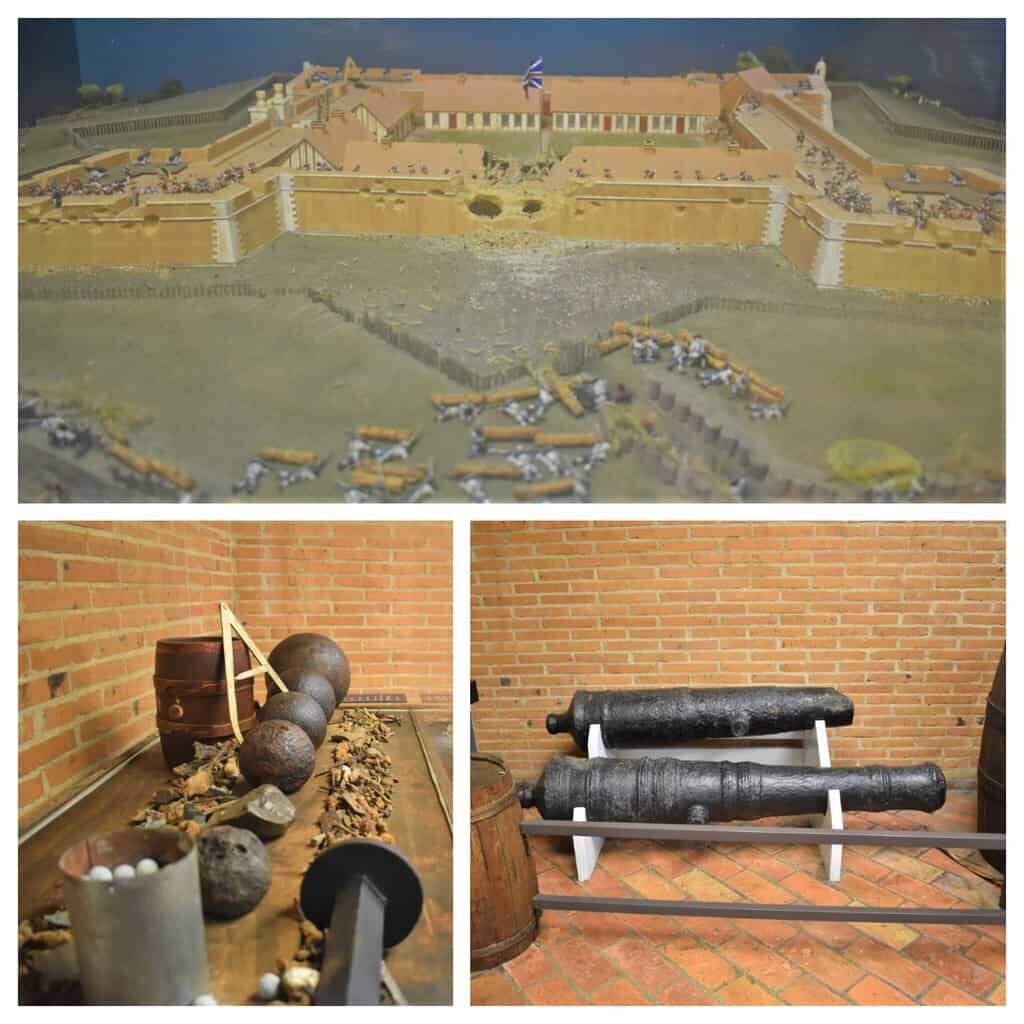 The assault on Fort Charlotte once again impacted this space in the New World. Spanish General Galvez had already struck the British during campaigns across the lower Mississippi River Valley. Galvez knew that the British hold had become tenuous. Mobile and Pensacola were the last two strongholds. The British defeat at Fort Charlotte was not taken lightly and they attempted a counterattack in 1781. This was successfully rebuffed by Spanish defenders. Once again, the name was changed by its owners and it became Fort Carlotta. Changing the Landscape for Good

With the American Revolution wrapped up, the Americans set their sights on securing the new continent. Relationships between Spain and the United States had soured. The richness of the lower Southeast river system was attractive to America. In an almost exact repeat of history, 1000 American troops set upon Fort Carlotta. The vastly outnumbered Spanish forces surrendered without firing a shot. Once they assumed control, the United States forces returned to using the name Fort Charlotte. With possession now in the hands of the United States, it wouldn’t take long for the city to advance. By 1818, city planners were requesting the destruction of the fort to make room for the city’s expansion. In 1823 nothing remained of the original structure. While it was taken down, it is still part of the foundation of the city. In fact, much of the remains became filler to turn the marsh into the foundation for nearby Water Street. Today you can visit the reproduction of Fort Conde and see the blend of colonial and modern in this unique space in the New World.