Our visit to Baxter Springs, Kansas occurred during the Route 66 Instameet sponsored by Travel Kansas. This was the last stop of the day, so we decided to wander off to explore away from the beaten path. Just a couple blocks from our meeting point, we found the Baxter Springs Historical Museum. We have visited many small town museums, and figured we could give it a once over in 30 or 45 minutes. Boy, we were in for a surprise. Baxter Springs is the site of numerous natural springs. Native Americans frequented the region as a stopping point between summer hunting grounds to the east and winter camps in Oklahoma. A common theme in many border city museums is the Civil War. After the Indian removal in the 1830’s, the land was part of the Cherokee Neutral Lands. Soon settlers moved in and one named Reverend John Baxter built a frontier inn and store. The town would be named for him and the springs. 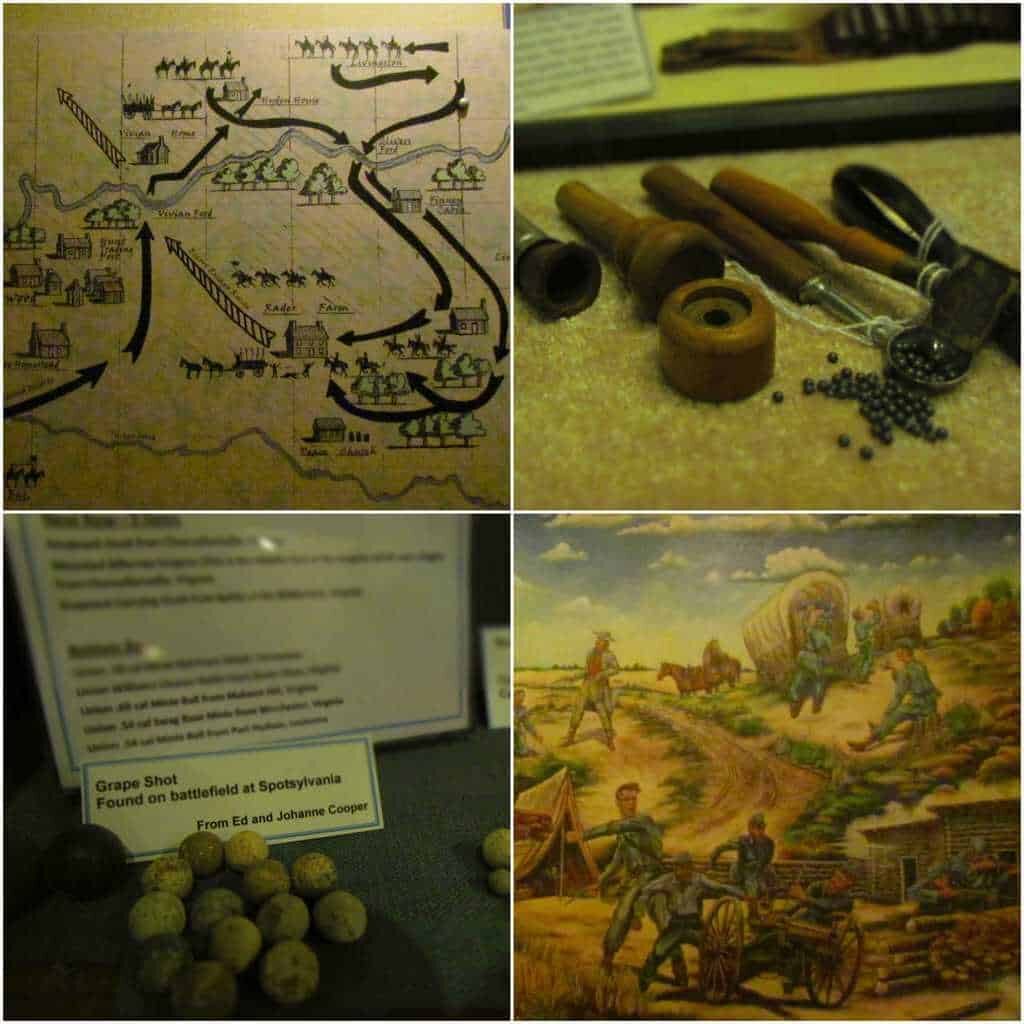 Fort Baxter (also known as Fort Blair) was created to help protect the settlers from Confederate fighters and guerilla attacks. In October 1863, Quantrill’s forces attacked the fort, which was being protected by Union forces. Unable to inflict significant casualties, the roughly 400 guerillas moved on toward their winter destination in Texas. Along the way they ran into a detachment of about 100 Union troops out on the prairie. The Confederates attacked and decimated the Union forces. This was only one example of skirmishes and battles that occurred along the border of Kansas and Missouri. One of the things we like about visiting museums around the country is the chance to learn more about the history of our country. These days it is not uncommon to hear about and experience a Civil War battle reenactment. Our assumption was that this was something that began in the last few decades, but here we discovered that it has gone on much longer. An old poster from 1883 spoke of the 1st Annual Reunion of the recently ended Civil War. The event included a “Sham Battle”, which would reenact the Battle of Baxter Springs. Clearly this type of event has been recurring for much longer than we would have imagined. Did you know these were going for so long? 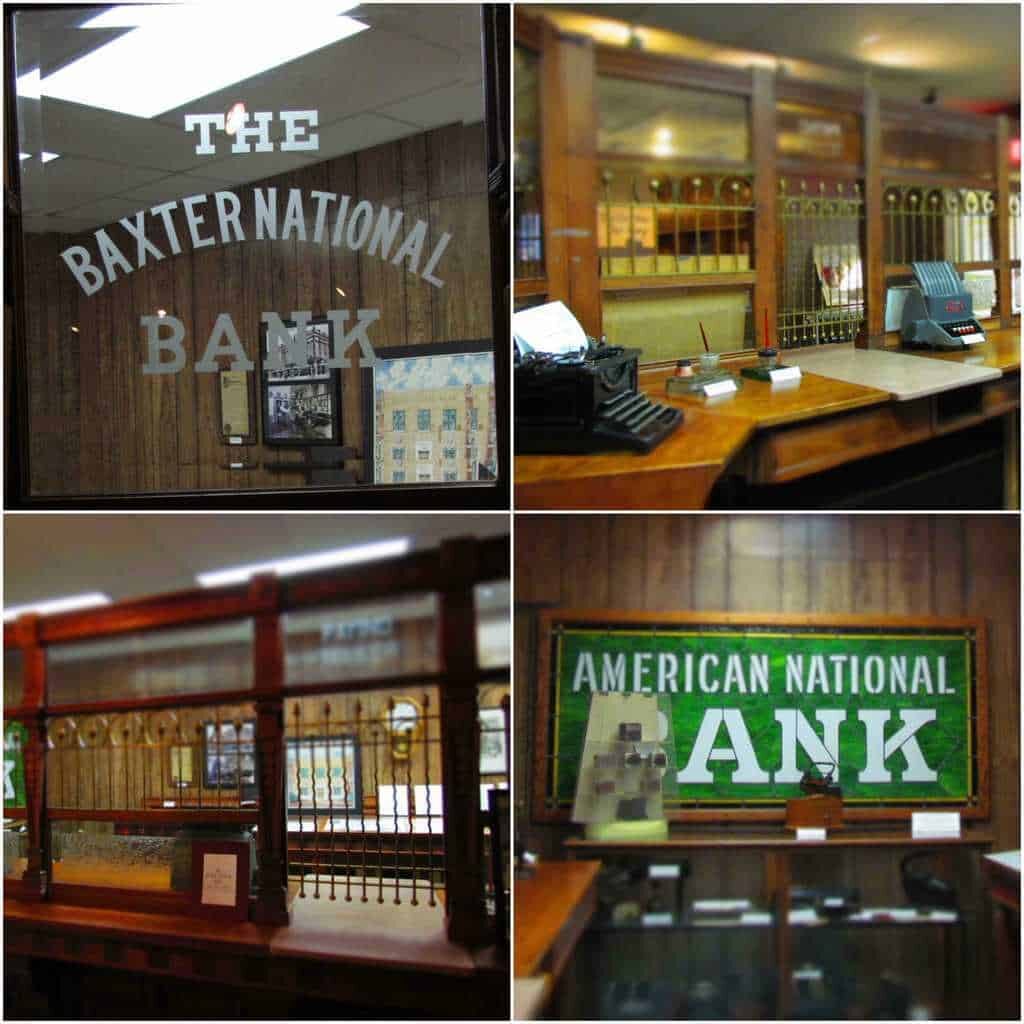 In 1876 two members of the Jesse James Gang rode into town and robbed the bank. The building now houses a cafe on Route 66. In the 1930’s the town was once again visited by notables. This time it was Bonnie and Clyde who robbed the Baxter Springs General Store. It is claimed that they returned a week later to rob it again. In the 1940’s, a young baseball player named Mickey Mantle would play for the Baxter Springs Whiz Kids. During a game, Mantle hit a ball into the Spring River. During a rain break, a New York Yankees’ scout signed Mantle to play for the east coast team.

Industry That Built The Region

For a time, Baxter Springs was a main stop along the route between Texas plains and Kansas City meat slaughterhouses. This activity gave impetus for growth to the city, at least until the railroads were completed.  As we noted in our article on the Joplin Mining Museum, the business of mining is what brought fortune and fame to this entire region. (You can read about the mining museum here>) The Baxter Springs City Council felt that undermining within the city limits would be detrimental. They implemented Ordinance 42, which limited mining within the city limits. With this protection in place, many of those that profited greatly from the mining activity built their homes in Baxter Springs. 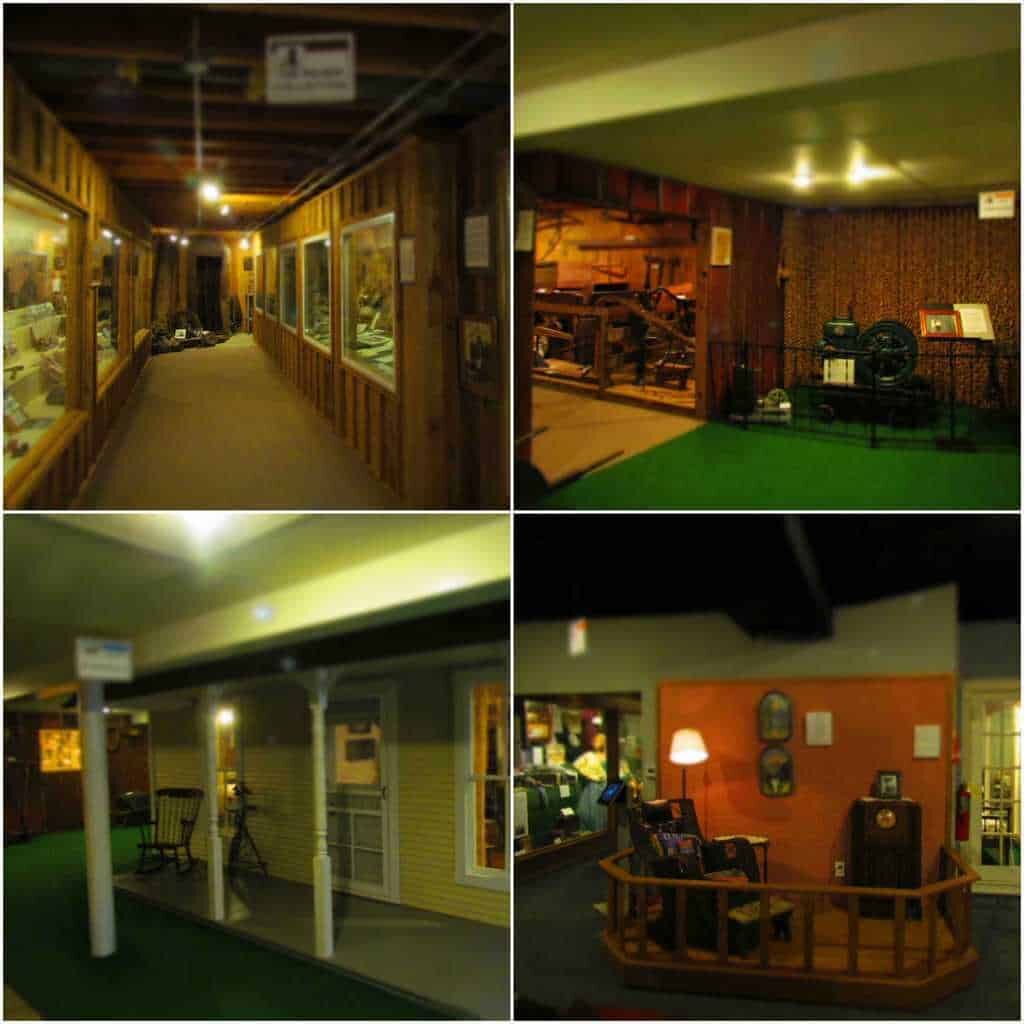 As we made our way through the museum, it just seemed to keep going. Each aisle would lead to another, and then another wing with more displays. We both commented about how large the collection is, when we suddenly realized that there was another floor downstairs. This area held just as many exhibits and artifacts as the main floor. We realized that there was not enough time to review the entire collection. For those history buffs who want an in-depth visit, we would suggest arriving at opening time, and spending the whole day. Even then, we aren’t sure you would be able to take it all in. It’s just that big. With closing time approaching, we wrapped up our visit, and headed off to check out the downtown murals, before sunset. Now we just need to schedule time to make a return trip.