All Aboard the USS New Jersey

All Aboard the USS New Jersey

There were a lot of firsts for us during our visit to Philadelphia. A chance to tour the USS New Jersey was certainly a big first. Besides being our first travel opportunity in the Garden State, it was also our first steps on a battleship. To say it is an impressive ship would be an enormous understatement. 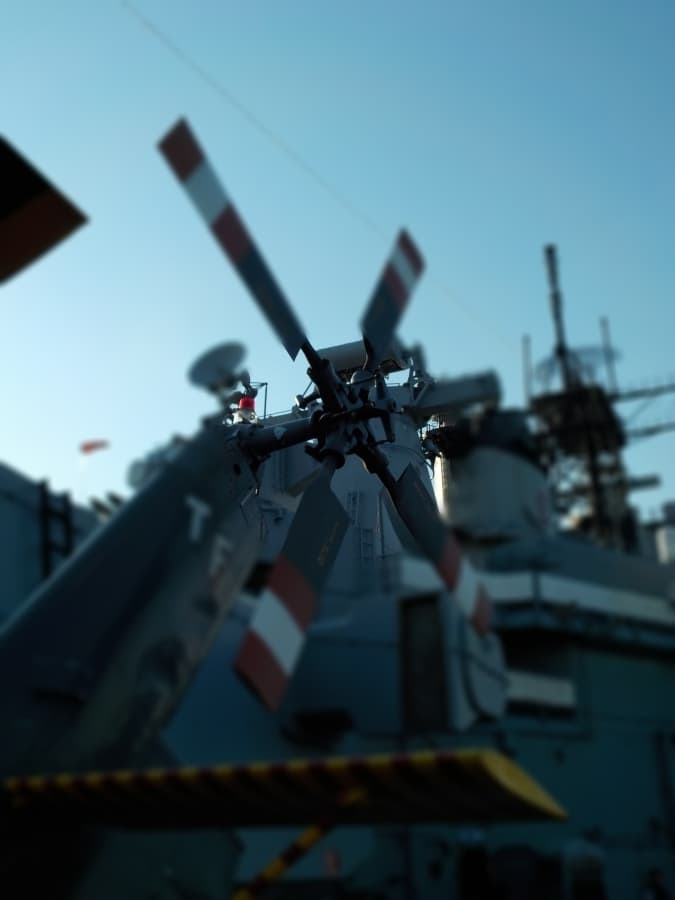 Our first sighting of the USS New Jersey was during our taxi ride across the Ben Franklin Bridge, which spans the Delaware River. The sheer size is hard to fathom from a distance, but as we approached it became apparent. Nearly three football fields long, and over eleven stories tall, it makes a huge presence along the waterfront. We boarded the ship, and assembled near a helicopter that sits on the deck. Be aware that all backpacks, bags and over-sized purses are held during your visit for safety concerns. Mimi explains the safety concerns, before we depart.

Soon our guide, Mimi, got our group underway. It was quickly clear that Mimi is a feisty, yet fun veteran. She, like her fellow volunteers, truly care about this ship. A short safety discussion was needed to remind us of low overhangs, high thresholds, and other potential dangers on-board. After this requirement was satisfied, we began our tour. Since we were on-board for an event, our tour would be a shortened version of the normal one. We were confident it would still be quite impressive. We would soon find our assumptions to be correct. A view toward the bow of the ship with the Ben Franklin Bridge in the distance.

It is fitting that the USS New Jersey is berthed here, as it was built in the Philadelphia shipyards. As we walked along the teak wood deck, the aging of the vessel was apparent. Of course, this should be expected, since it was the most decorated Iowa-class battleship built. The ship has been put into “mothballs” multiple times, only to be brought back out for additional service. The USS New Jersey was first launched in December 1942. It was originally equipped with nine 16″ guns in three turrets. These bad boys are huge, and we are sure they make quite a roar when fired. 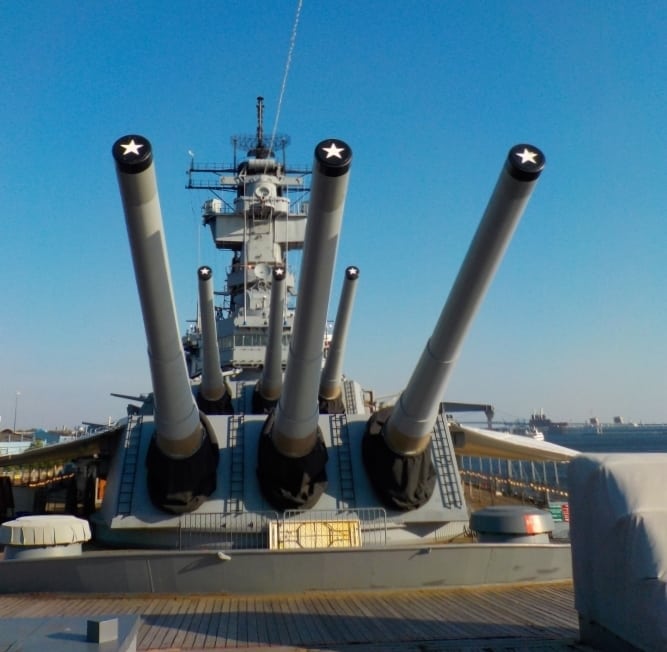 These massive guns fired 2700 lb. armor piercing shells that were capable of striking targets up to 23 miles away. Wow! As if that wasn’t enough fire power, she was also fitted with twenty 5″ guns that fired shells up to 9 miles. We certainly wouldn’t want to be on the receiving end of an offensive launched from on-board this vessel. These offensive weapons were complimented with plenty of anti-aircraft guns for defense. After initial training, the ship passed through the Panama Canal, in January 1944, on its way to serve in World War II. The canal passage was an impressive feat in itself. The USS New Jersey, at just over 108 feet wide, is only a couple of inches narrower than the canal. We can only imagine how much of a team coordination it required to navigate that. As we toured, Mimi filled us in on many of the statistics about the ship. She also tossed in lots of little stories about the experiences of the sailors who were assigned to on-board. There seemed to be something of interest in just about every direction she pointed. There were even some amusing distractions for those of us in the tour group. A really fun activity is the gun on the port side, which can be fired by visitors. Of course, it doesn’t fire real rounds, but it’s still an interesting attraction. 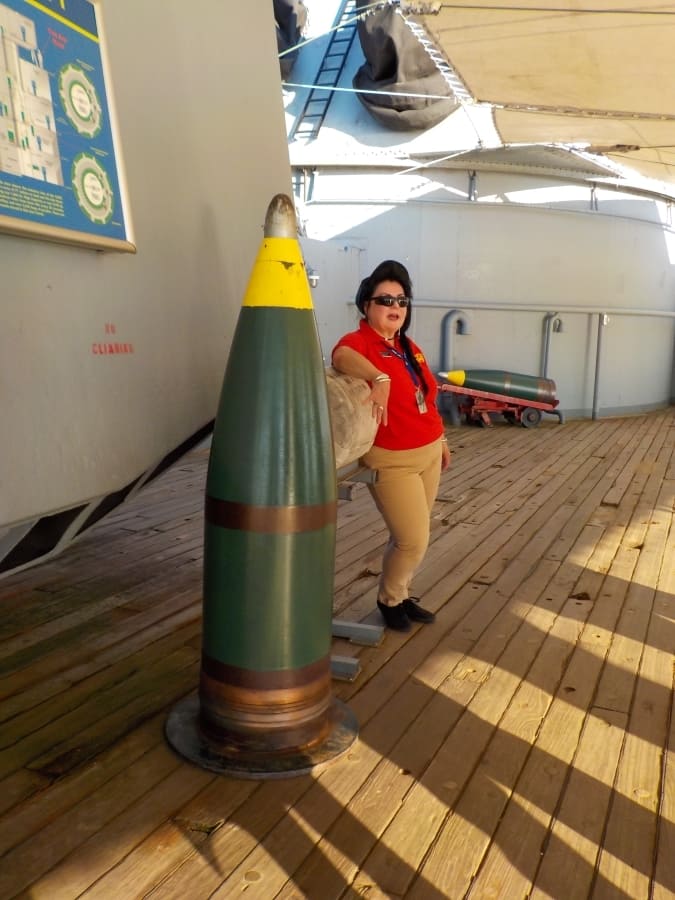 Mimi shows off a shell and powder pack for the larger guns.

After her service in WWII, the USS New Jersey was decommissioned in 1948. The Korean War required the ship to come out of mothballs. The ship saw lots of action during this war, and served the entire duration. After the Korean war ended in 1953, the USS New Jersey was sent to perform exercises and maneuvers in the Atlantic. It was used for training during these years of service. In August 1957, it once again was decommissioned. It would remain like that for a decade. 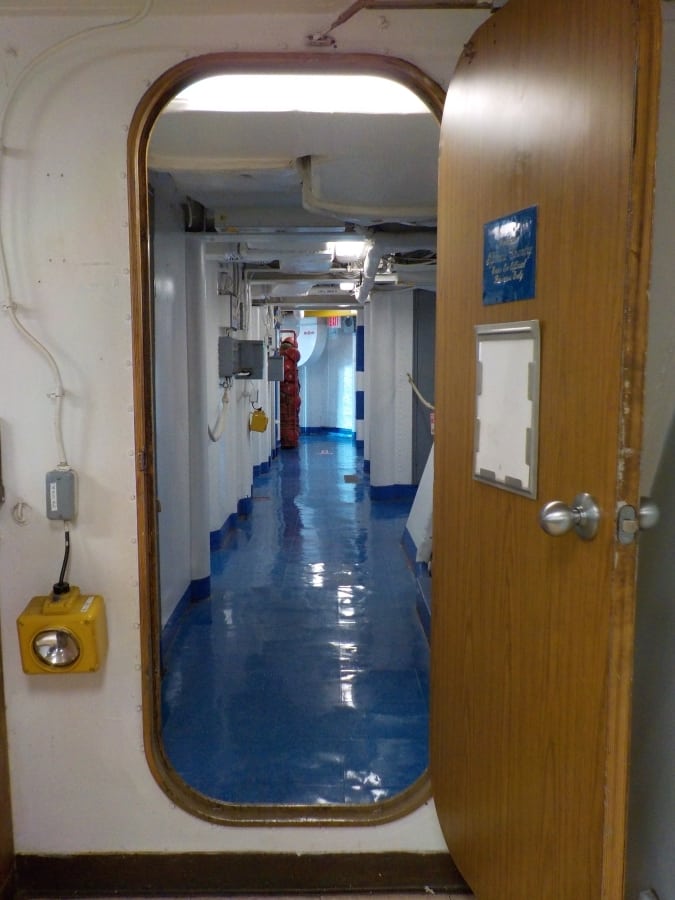 Once again, conflict was the reason for the ship to return to duty. This time it was the Vietnam War. In August 1967, the decision was made to refit her for battle. At the time of her Vietnam War deployment, the USS New Jersey was the only active battleship in the world. During this war, the crew fired over 20,000 shells. In December 1969, the ship was once again mothballed. And Now For Something Different

The USS New Jersey was once again recommissioned in 1982, but with a few new changes. Many advancements in weaponry had taken place, and the ship needed a major face-lift. These improvements included the addition of multiple missile batteries, including Tomahawk missiles.  In 1983, the now nuclear armed ship was sent to the Middle east to serve during the Lebanese Civil War. This was the final conflict the ship would see. The ship received its final decommission just prior to the start of Operation Desert Storm in 1991. 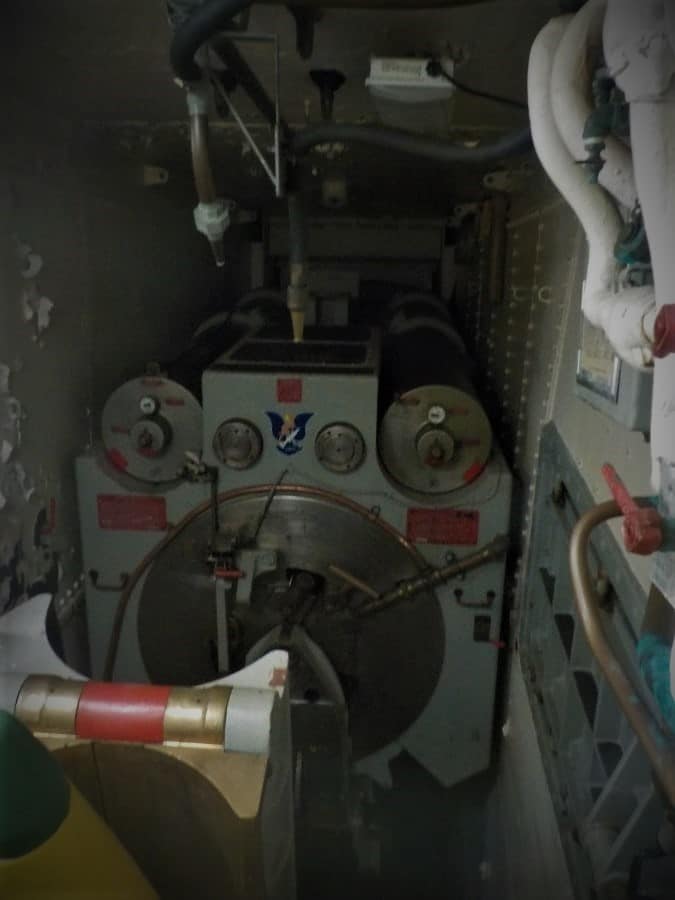 Mimi wrapped up the tour, and we hung around and spoke with her for a while. We discussed traveling, and let her know that she would probably be mentioned in this article. Fortunately, she had no issues with that. She informed us that one of the turrets was open, and available for us to visit. Crystal decided to hang back, but I squeezed in for a look. The evening we visited, the temperature was in the upper 80’s. Inside of the turret it felt closer to 100 degrees. One can only imagine how hot it became when the guns were being fired in rapid succession. I looked around for a few minutes, but finally the heat drove me back to the outside. 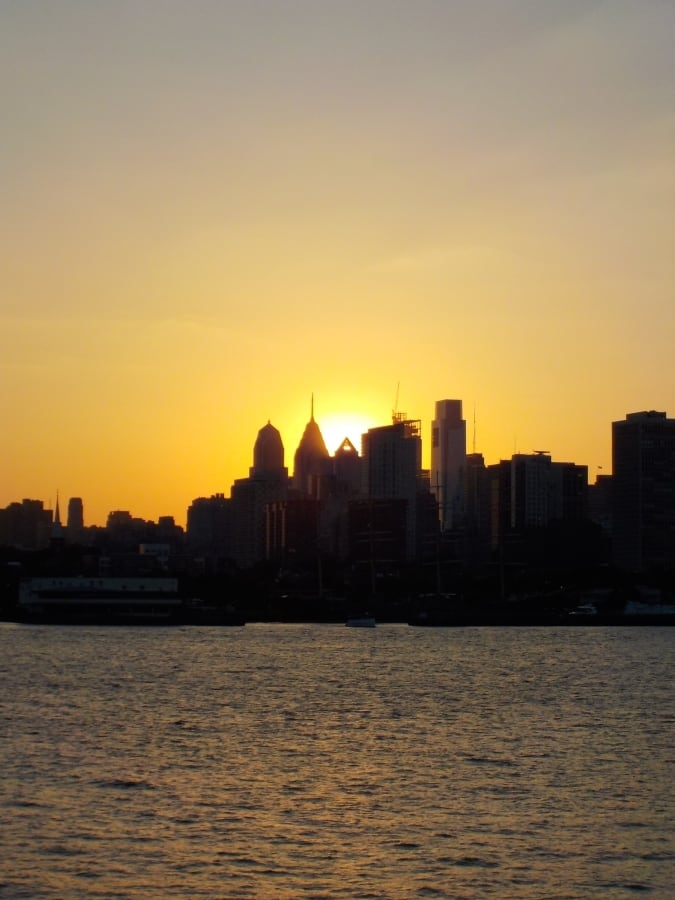 Our Visit Wraps Up

Back in the fresh air, we strode the deck looking at all of the towers. The sheer size of the vessel continued to be unbelievable. We watched other visitors as they seemed just as impressed as we were. Soon the sun began its descent in the West. We watched it drop, and strained to see the ships docked on the opposite shore of the Delaware River. Soon enough we would have a chance to see this closer up, but for now we just enjoyed our time on the USS New Jersey.

Have you ever taken the full tour of the USS New Jersey? Tell us what we missed.