Whenever we post an article about Kansas City BBQ we receive lots of feedback. Talking barbecue in KC is like discussing pizza joints in Chicago or Philly steak sandwiches in Philadelphia. While it seems that everyone has a different opinion on their favorite, the one thing we can agree on is that Kansas City is the place to be for delicious ‘Cue. Recently we made a return visit to S.L.A.P.’s BBQ for a quiet KCK lunch. It was a cool day, so we figured that we might luck out and get the place to ourselves. Those in the know will be chuckling right now. 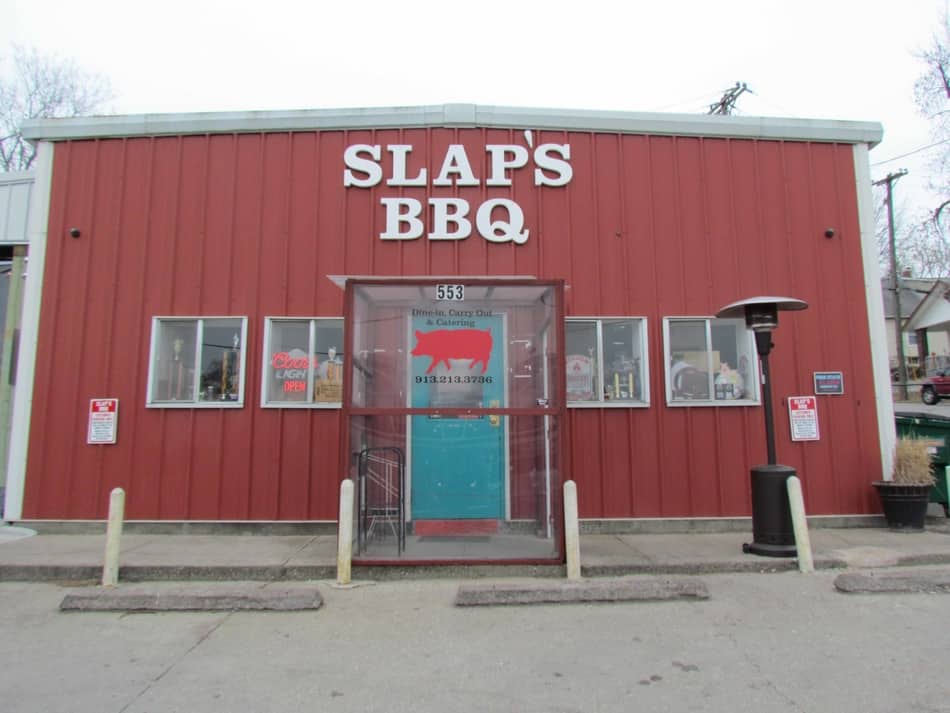 SLAP’s BBQ has been a KCK staple, since breaking on the scene in 2014. The owner/operator team of brothers Joe and Mike Pearce had already experienced wild success on the barbecue circuit. Selected to represent KC on the TV show BBQ Pitmasters, they won the first two rounds and sealed a trip to the finals. In that round they tied for second place. An impressive feat for fairly newcomers to the competition arena. Even after opening their store front business, the brothers continue to complete on the BBQ circuit. 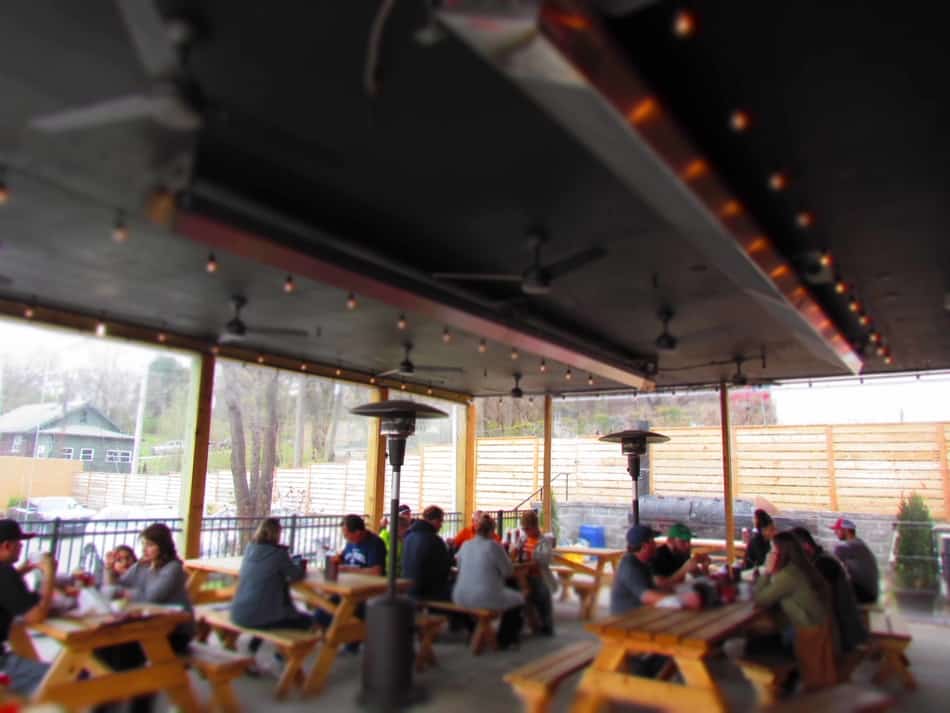 As we mentioned at the beginning of the article, we thought we might have he place to ourselves. After parking our car, we passed the outdoor dining patio on our way to the restaurant. Even on a cold day, the area was packed with diners. Heat stations were churning out warmth and everyone seemed to be intently focused on their meals. It looked like we would be enjoying a meal with lots of new friends. Either way, we would still be dining on some delicious KC barbecue. 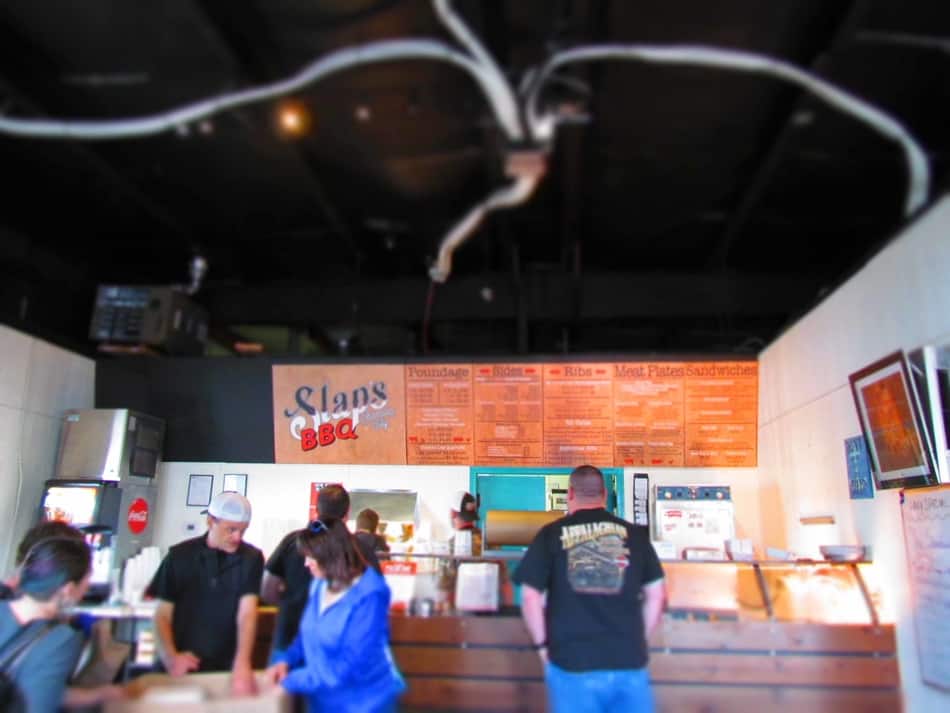 We moved inside and found that some of the interior tables were open, so a quick decision was made to dine indoors. As with most any BBQ joint, SLAP’s is heavy on the meats, which is why we come here. An easy choice for those struggling to pick a type is to just get the Sampler Plate. For 20 bucks you get brisket, pork, turkey and sausage. We decided to toss in burnt ends and ribs, since they were only $3.50 each. The platter comes with 2 large sides, which for our visit we picked the Baked Beans and Baked Potato Casserole. This is enough food for a small family and we knew we would have leftovers for later. 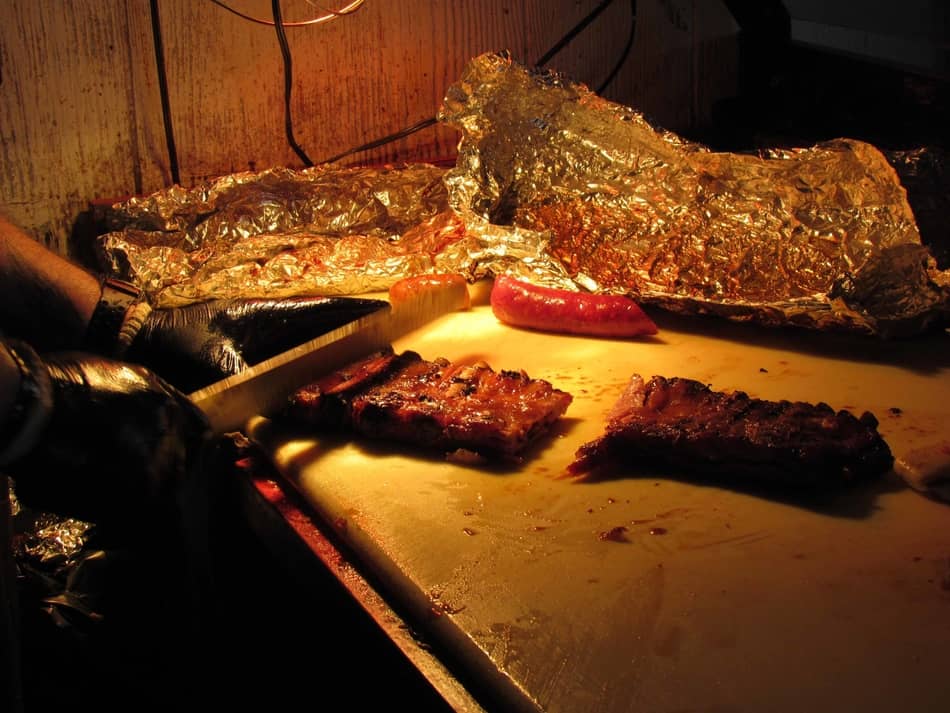 Carrying a camera can certainly open a few doors. When it was our turn to be served, we struck up a conversation with the staff. When they found out we were travel bloggers, it certainly elevated the conversation. I was even invited behind the counter for a better photo opp as they sliced the meat. They also mixed it up a little and sprinkled in some of their spicy sausage in our platter. Who says all of this work doesn’t pay off? Soon our platter was assembled and it was time to dig in. 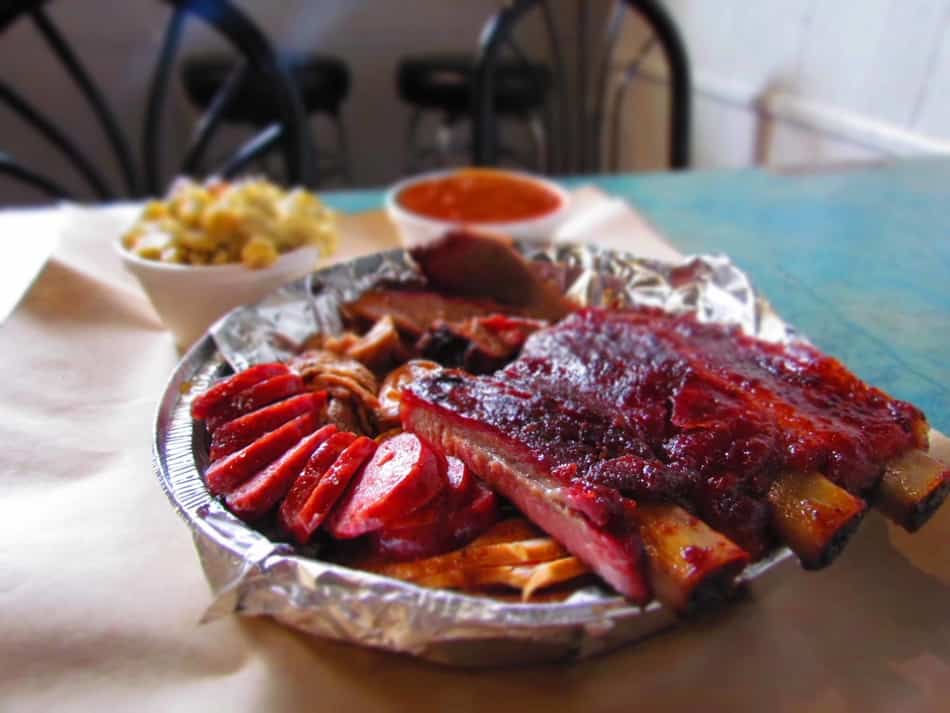 We’ve said it before, but it bears repeating. Every restaurant we feature has dishes we enjoy. Not everything we eat is a home-run, but taken as a whole we have good experiences. With a sampler platter each person will find a favorite, and it can be surprising what they choose. Crystal was a big fan of the turkey, burnt ends and pork. I enjoyed the ribs (Almost always my #1) and sausage. The spicy version had a nice kick and kept me coming back for more. The sides were both good, but we both seemed to really enjoy the flavor combination found in the Baked Potato Casserole. We ate what we could and then packed up the rest for later. Barbecue is one of those meals that tastes just as good reheated. SLAP’s struggled in the early days trying to satisfy the throng of customers who beat down their door. Over time they have increased their production of meat, but still limit their daily allowance, so that every pound of it is served at their high standards. For this reason they still sell out by late in the day. We discovered that even on a cold day the crowds come out for their delicious BBQ. Have you ever eaten at SLAP’s? What are your favorites?