Our trip to Abilene, Kansas would not be complete without a visit to the site that honors one of the most famous Kansans. The Eisenhower Presidential Library and Boyhood Home is a top destination for travelers from all over the country and the world. They come to Abilene to pay homage and learn more about the man who served as the 34th President of the United States. Our first visit occurred during renovations, so we were excited to get the opportunity to see the space after its facelift. This time, we were able to view the exhibits and discover how Ike handled issues he faced during war and peace.

We want to thank the Eisenhower Presidential Library and Abilene Visitors Bureau for their hospitality. Rest assured all opinions are our own. The Eisenhower family moved into their six-room house in 1898, and here David and Ida raised their six sons. Abilene, Kansas offered a good place to raise a rambunctious family. We could almost picture Ida shooing the boys outside so that she could get the house straightened up. We would later find out that Ida lived here until the time of her death in 1946. While Dwight’s parents belonged to the International Bible Students Association (later it became Jehovah’s Witnesses), he would remain unaffiliated with a church until later in life. His decision to attend West Point was unpopular with his mother, who felt warfare was wicked. While stationed in Texas, Eisenhower met Mamie Doud. The two were instantly infatuated with each other. He proposed on Valentine’s Day in 1916 and they married in July of that year. The wedding had to be moved up due to his deployment in WWI. At the start of the war, he was assigned to a post at Fort Leavenworth. This would begin the process of the couple jumping from place to place around the world. During their lifetime together, the couple would end up moving over 30 times. In 1918, Eisenhower moved on to Camp Colt, which was the site of “Pickett’s Charge”, during the Battle of Gettysburg. When his unit received orders to deploy to France, he saw it as an opportunity to excel. Much to his chagrin, the armistice was signed one week before his deployment date. While his tank group would not see combat, the lessons he learned would strengthen his organizational skills. He proved himself to be capable of developing full combat training and supply chains for thousands of troops. Dwight Eisenhower lived during a period that saw two world wars and he served in both. Between the wars, he would spend his career time working with the tank divisions. His ideas for revolutionizing tank warfare were met with great reluctance from his superiors. During a transcontinental Army convoy, in 1919, Eisenhower saw the need for improved roads across America. This was a major issue he would tackle during his presidency. As the world marched into WWII, Eisenhower’s role would greatly expand. Assigned to General Staff in Washington, Dwight created war plans to defeat the Axis forces. 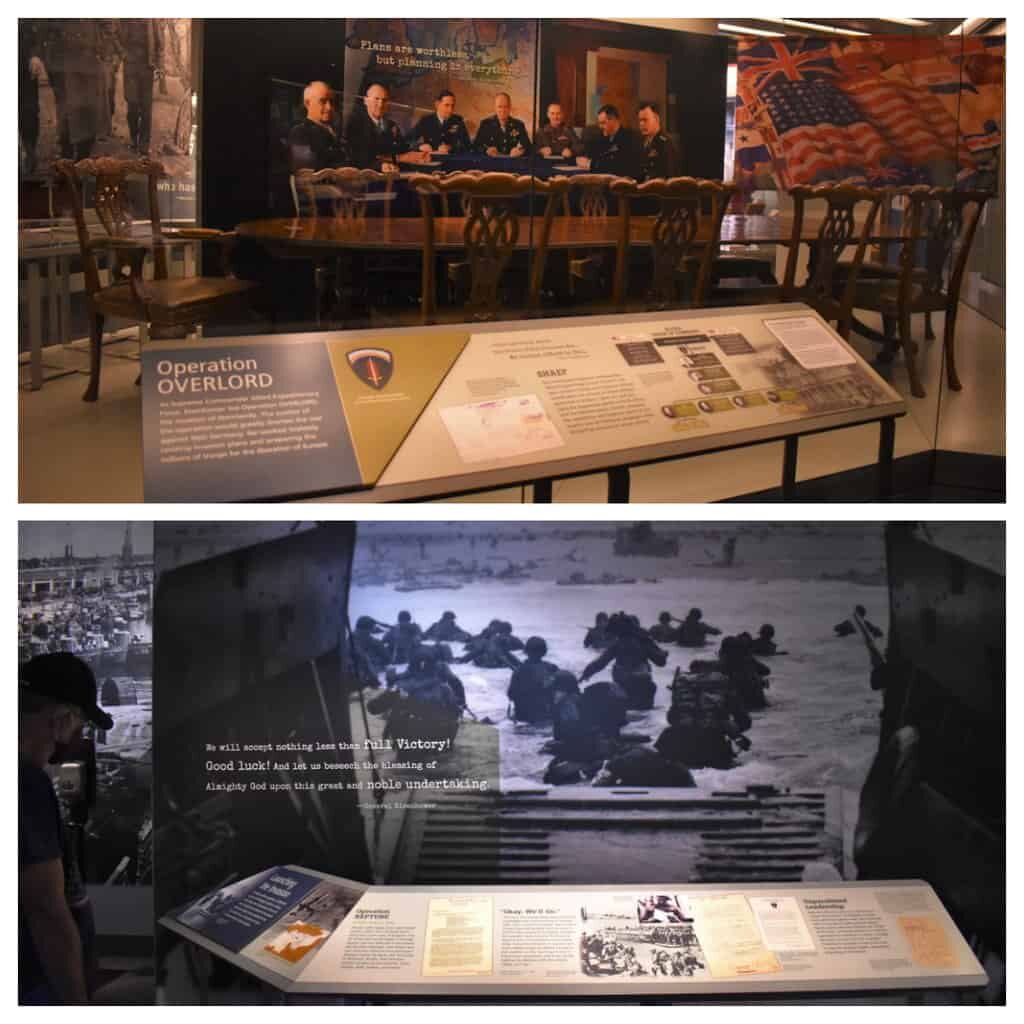 Due to his lack of battlefield experience during WWI, rival military leaders tried to disparage Eisenhower. While disparaging, this did not stop him from advancing in his leadership role. Eisenhower organized the defeat of German forces in Africa, as well as the taking of Italy. With these victories under his belt, he was promoted to Supreme Allied Commander. The plans for Operation Overlord would require unprecedented cooperation and secrecy. Even Churchill acquiesced control of England’s strategic air forces to Ike’s command. The Normandy Invasion would be the single largest beach assault ever undertaken. His plans would carry the Allied forces through the liberation of Europe. Before the war ended, Eisenhower would be promoted to General of the Army. Eisenhower was not as interested in running for the presidential office, as some of those around him. He received pressure from many, but it was the urging of a fellow Midwesterner that finally convinced him. President Harry S. Truman had requested Ike run earlier and he jumped into the fray wholeheartedly in June of 1952. Much to the chagrin of the Democrats, Ike switched parties and ran as a Republican. Eisenhower would go on to serve two terms as the last president to have been born in the 19th century. His political career was unusual, in that he had never served in an elected office before the presidency. While many would remember his various achievements, in the words of Ike, “The proudest thing I can claim is that I am from Abilene.”