A Stitch in Time at Garment District Museum

A Stitch in Time at Garment District Museum

Downtown Kansas City has gone through many phases over the past 150 years. The Historic Garment District Museum focuses on the period when Kansas City played host to numerous garment manufacturers. The museum is located at 800 Broadway, in the area that once held a thriving garment industry. This FREE museum is open on Wednesday through Saturday from 10:00 to 4:00. There is a $5 charge for special exhibits when they have one running. In the 1920s the manufacturing of clothing, hats, and coats were beginning in the upper floors of dry goods stores in downtown Kansas City. The businesses grew and spread over the next 10 years. By the 1930s, Kansas City was known as the “Paris of the Plains”. In the US, one in seven women wore clothing produced in Kansas City. Many of the nation’s leading manufacturers ran shops in the city, and it was second only to New York City. Just after World War I, there was an explosion of growth in the garment industry. The lack of workers who had complete tailoring skills was overcome by employing a “section system”. Departments were created where workers focused on one component of the overall garment. they would repeat this process over and over. By instituting this type of assembly process, manufacturers were able to push out a fantastic number of garments. 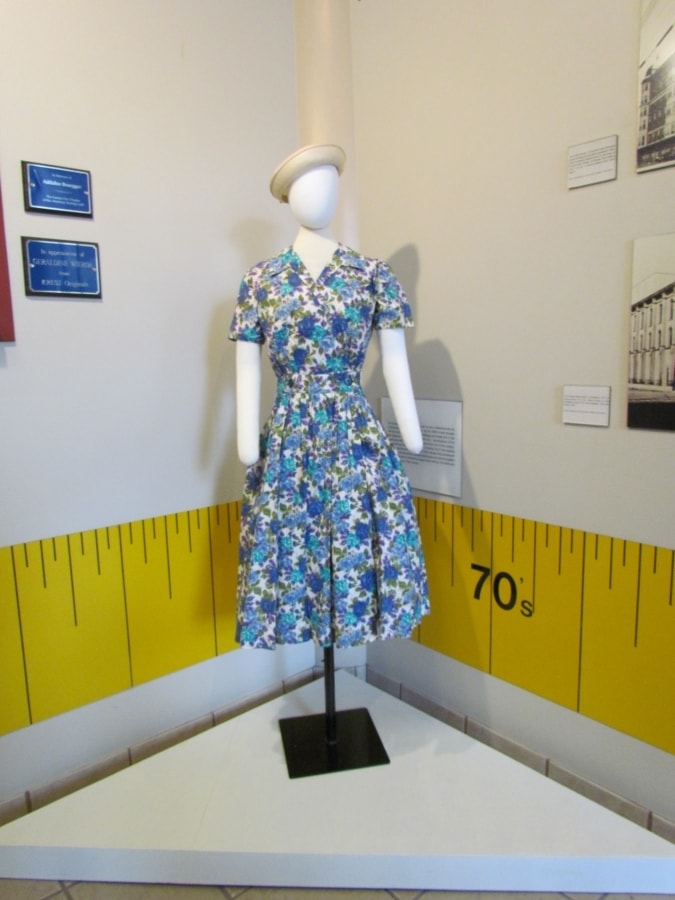 By the 1940s, the garment industry employed over 4,000 people in Kansas City. This made it the second largest industry in the city during that period. One of Kansas City’s pioneer clothing designers was Nell Donnelly. Under the Nelly Don label, this Kansas City headquartered company produced about 75 million dresses through its 52-year history. Their success in part came from being one of the first to use assembly line processes. At their peak, the Donnelly Garment Company employed over 1000 workers. While the garment industry flourished during the 1930s and early 1940s, the world around them was changing. When hostilities in Europe exploded, it signaled a change for the Kansas City garment industry. To aid in supplying desperately needed garments for the soldiers during World War II, the garment makers changed their focus. Instead of hats, coats, and house dresses, the workers produced scores of uniforms and underwear. 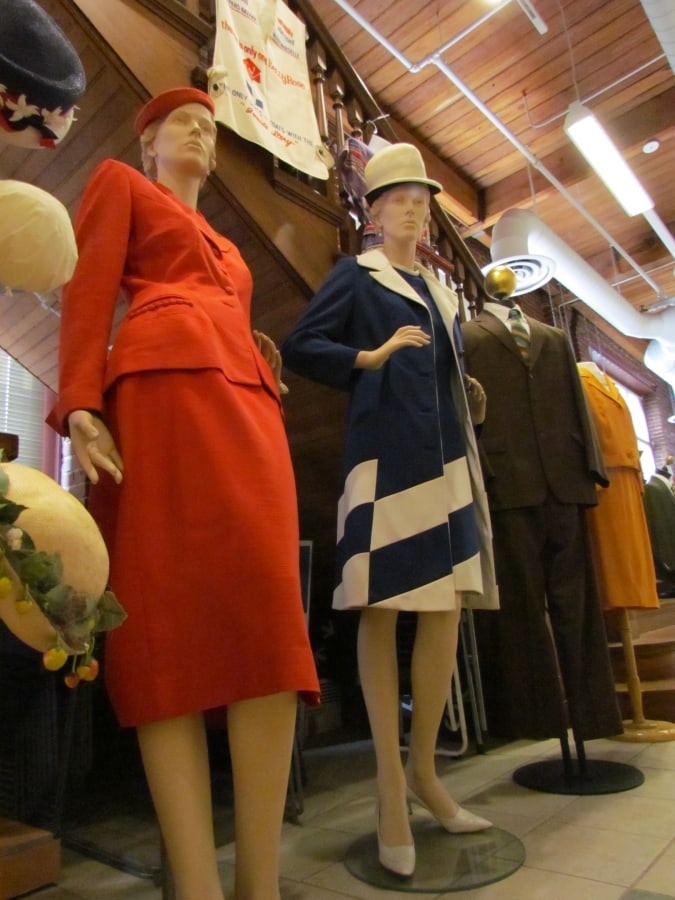 The Peak of the Local Industry

In the 1950s the garment industry in Kansas City was estimated to have employed about 8,000 people. There were about 150 companies vying for a market share. A large majority of the clothing made in Kansas City was designed for colder weather fashions. Coats, hats, and scarves were popular items, and the market was flooded with Kansas City merchandise. By the 1960s the businesses were beginning to wane. At that point, employment had dropped to around 5,000. In 1982 the industry had all but vanished from Kansas City. During our visit to the Garment District Museum, we found that it isn’t just about the clothes. Some of the other artifacts we saw were the machines used to assemble the garments that clothed America. In the 1960s, there was a major reduction in the number of agricultural jobs. This meant less demand for work clothing, which had been a mainstay of the Kansas City garment district’s business. Competition form “cheaper” overseas suppliers would prove to be too much for the industry, which slowly faded into history. During our visit, we spoke with the staff regarding their collections. We were informed that because of the concentrated focus of cold-weather styles, the museum has few warm weather outfits in its collection. They do possess around 300 garments, which they choose from for their displays. The museum staff rotates the displays twice a year, in spring and fall. She told us that while they would like to display more summer styles, they are difficult to come by. Perhaps some of you have a few hidden away in your closets that you would like to share with the world. 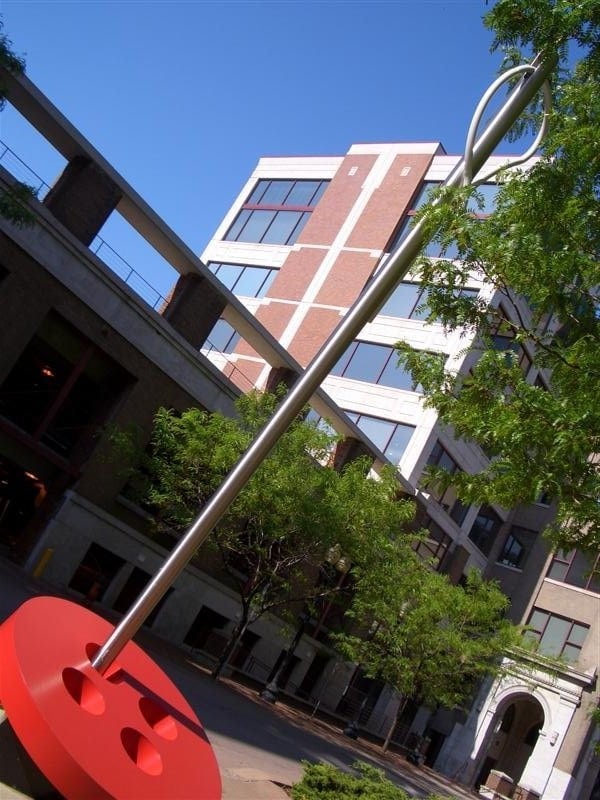 Plan Your Visit to This Historic Museum

The Historic Garment District Museum is a great place to see some of the pieces that helped put Kansas City on the map. So many Kansas Citians have connections to this industry directly or through family members. My grandmother worked in this industry, and my mother worked delivering materials used at many of the shops. For those craving a great Garment District selfie spot, head one block west of the museum to 8th & Bank Street. In a small park-like setting you will find a giant needle and button. Say “Cheese”.