Honor Those Who Fought by Visiting the Rosedale Memorial Arch

Honor Those Who Fought by Visiting the Rosedale Memorial Arch

The Rosedale Memorial Arch is dedicated to the servicemen who served in World War 1. It was designed by John Leroy Marshall, who’s inspiration was the “Arc de Triomph” in France. 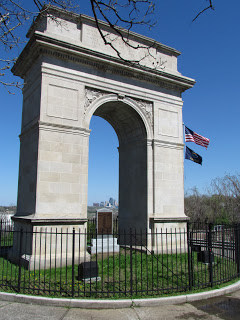 Located on Mount Marty in Kansas City, Kansas, the 34.5′ memorial is most easily visible from the intersection of Southwest Blvd and Rainbow Blvd. The memorial is dedicated to those who served in the 42nd Rainbow Division. This division was formed in 1917 from National Guard units, and led by Douglas MacArthur. They played a prominent role at the Battle of Champagne, and many other battles including the final World War 1 battle at Argonne. The division is still active today, and is currently made up of Army National Guard units from 14 states. 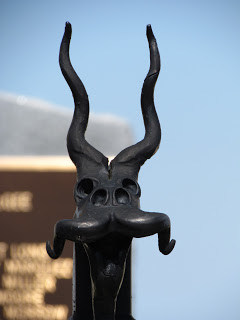 A historical marker was added in 1993 to honor the soldiers of World War 2, the Korean War. and the Vietnam War. The memorial is free to the public and has free parking. The park has excellent views of downtown Kansas City, Missouri. How many of you have viewed this hidden treasure?