While we hear a lot of types of music, country happens to be one of our favorites. When we heard that Westport Saloon had live country bands most every night, we just had to make room in our schedule. This old school bar is located at 4112 Pennsylvania Avenue in the heart of Westport. 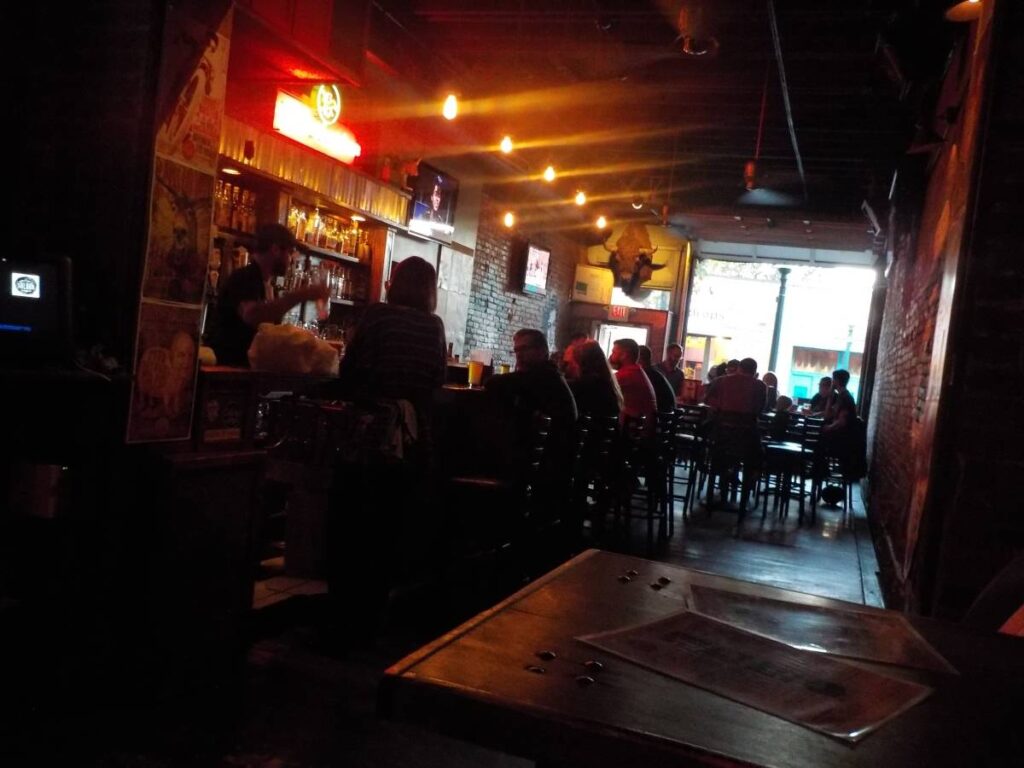 The brick walls of Mabry Hall (the original name of the building) were constructed in 1843. Just inside the front door patrons can sit at large tables, and watch people pass by the oversized windows. The slim build of the interior funnels visitors toward the bar, where an extensive selection of whiskeys and tequilas will be found. Heading deeper into the building, you will find the backroom where the stage is positioned. My research showed that they serve food, and have a Happy Hour that runs until 7:00. We arrived in time for that, and found ourselves some seats at the bar. 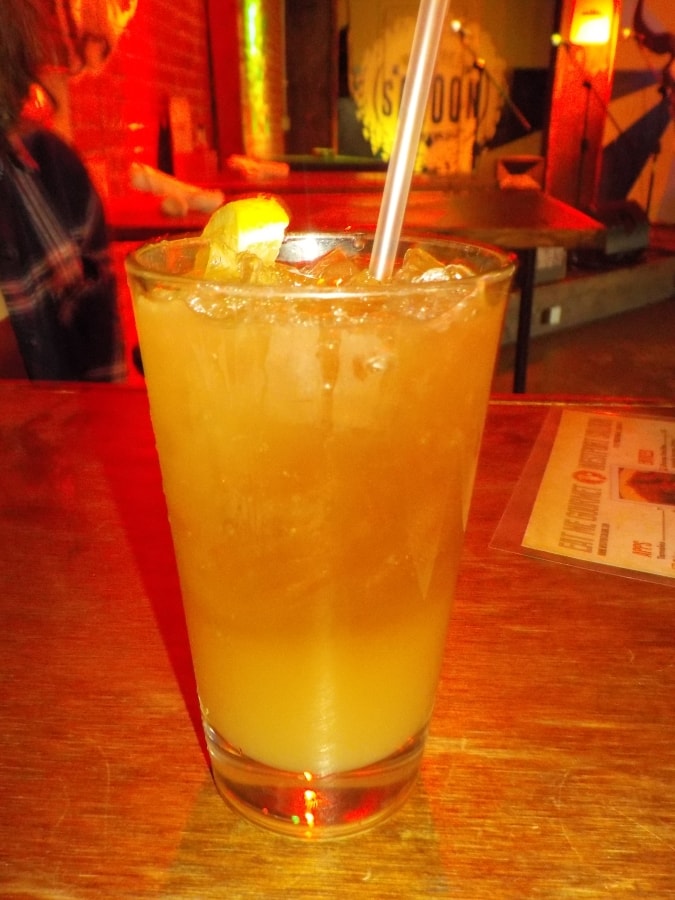 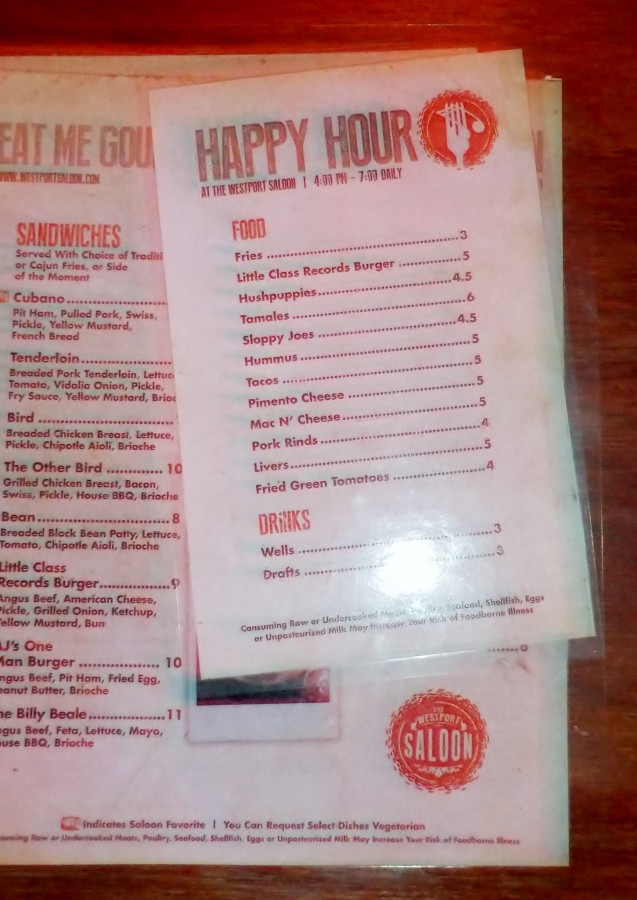 The menu at Westport Saloon is fairly simple, and we surveyed it over a couple Long Island Ice Teas. Wanting to get a real feel for the food, we ordered some hummus, fries, and a Little Class Records Burger. The burger is named for the recording studio that sits atop the bar. The hummus was creamy, and had a dollop of hot sauce on top. This gave a nice little kick when added to a scoop. The fries were pretty standard, but the dipping sauce took them to another level. It was so good that it could easily make you keep eating even though you are full. The Little Class burger had good flavor, but the name was also a good description of its size. Of course it being Happy Hour, all of this food only tallied up to $13.00. 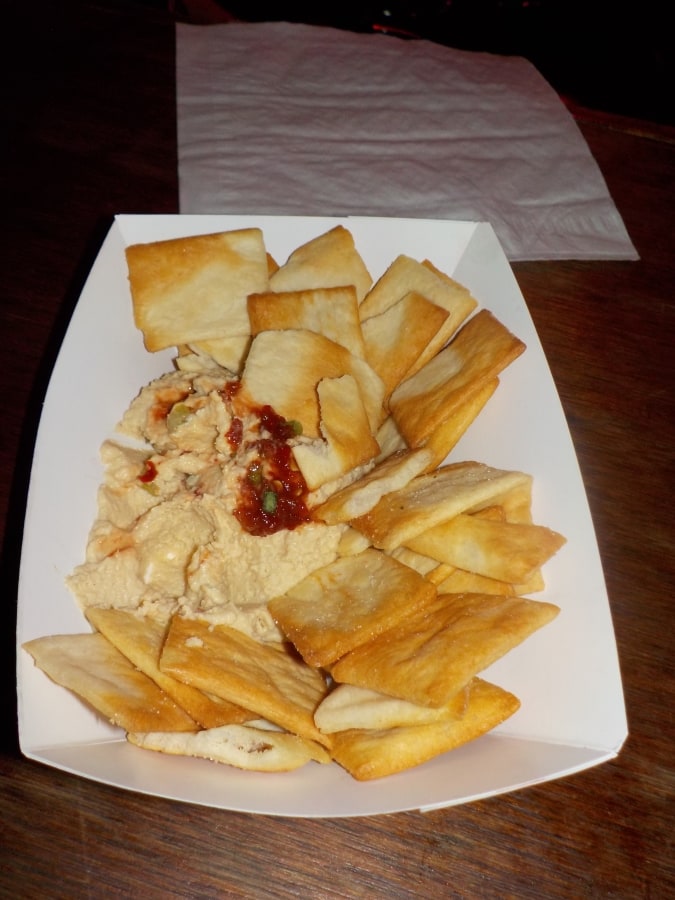 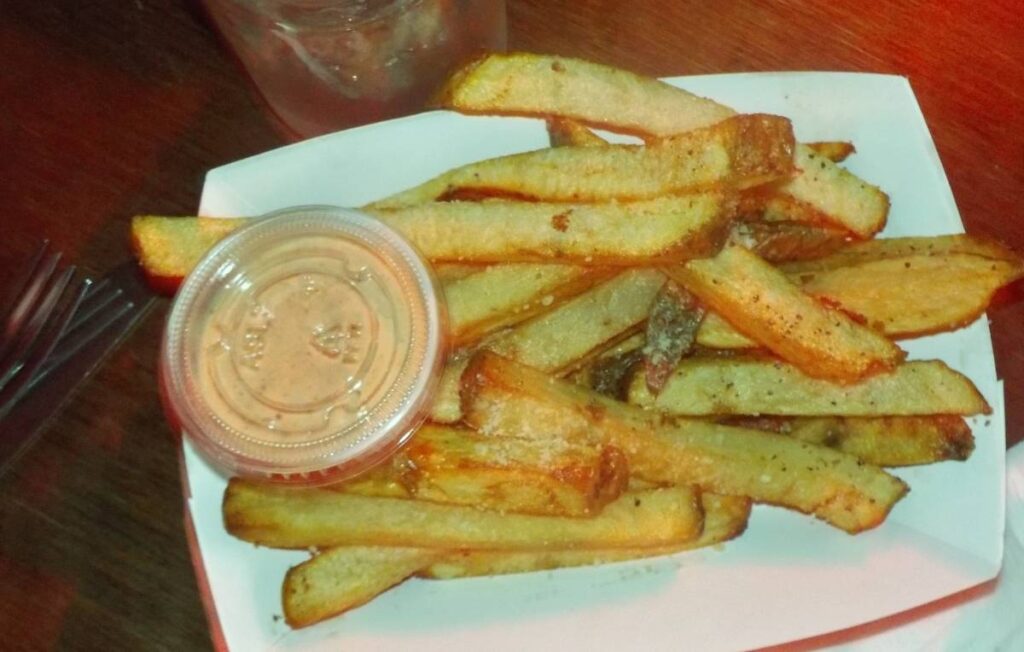 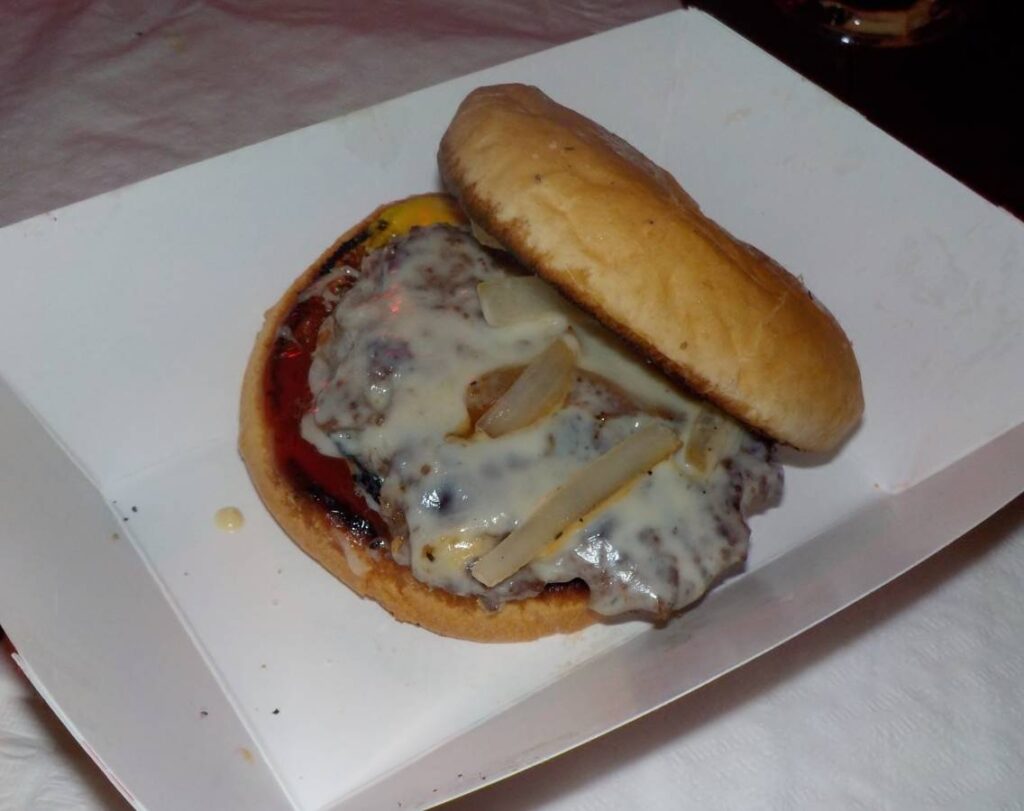 With the appetizers gone, and the drinks refreshed, we ordered our dinners. The Po-Boys looked appetizing, so a shrimp and a catfish version were each ordered. Both versions were stuffed full of the main ingredient. Topped with some Fry sauce, Cole slaw, some tomato slices, and a little Romaine, the sandwiches were served on a toasted hoagie roll. Both were accompanied by a handful of hush puppies, that pushed the food volume over the top. While we weren’t able to finish these, we did taste them both. If I had any suggestions for the preparation, it would be a little less salt on the catfish filets. Otherwise these were exactly what you look for in a good Po-Boy. 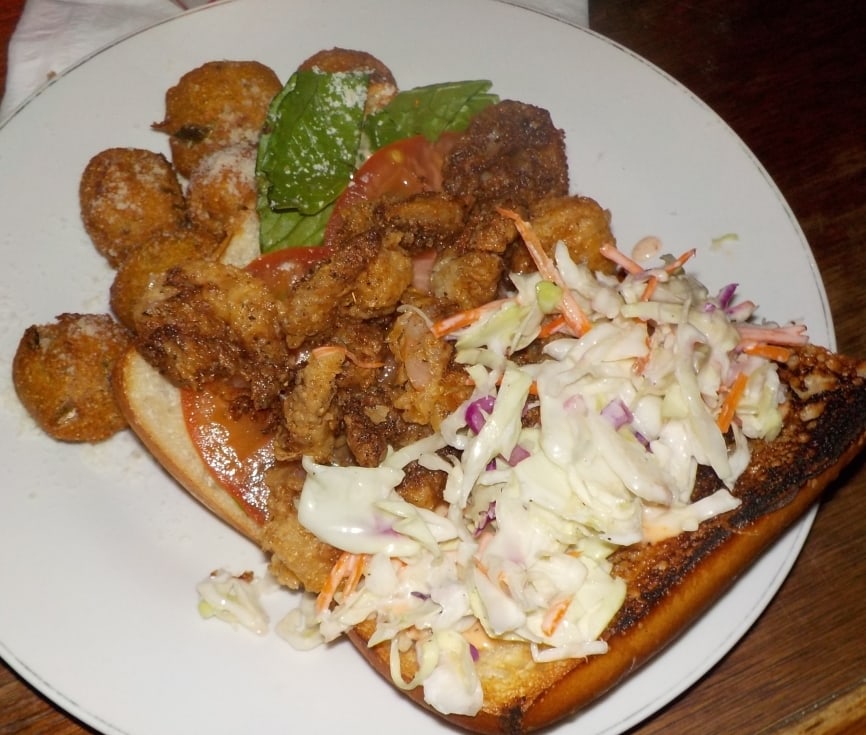 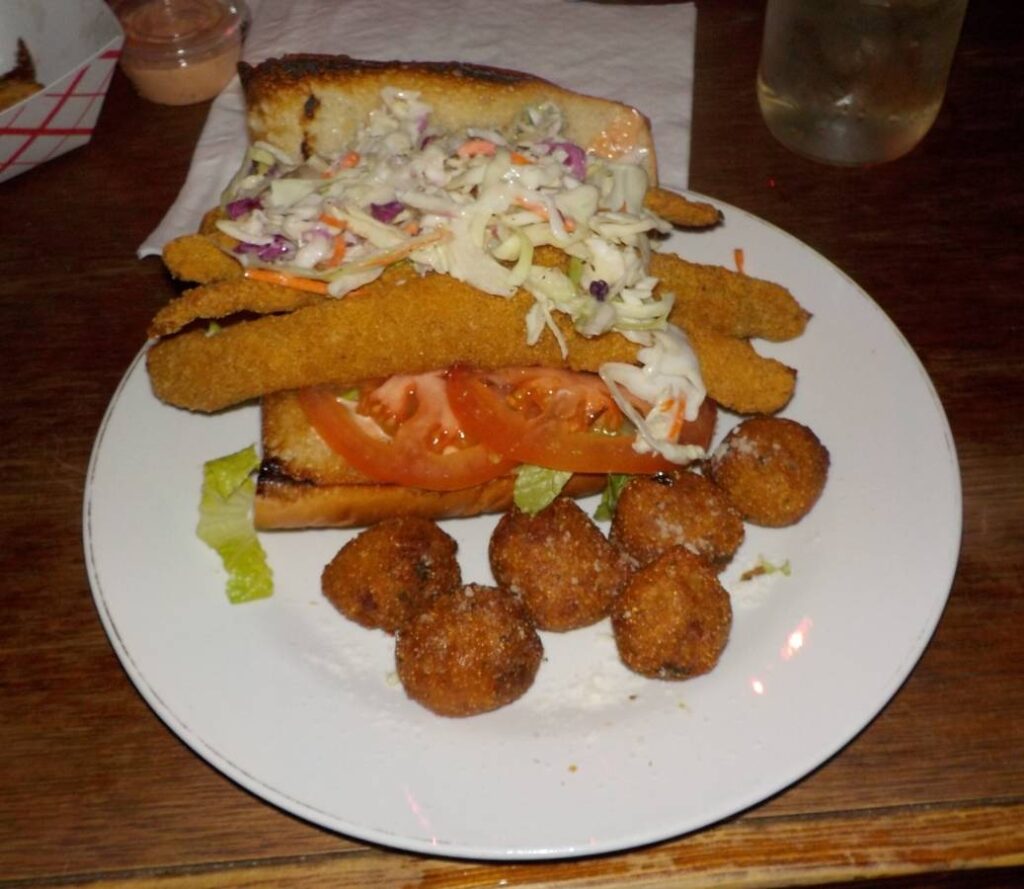 We sat and talked with the bartenders while waiting for the band to start. They were both very friendly, and happily told us about the roots of this business. Throughout the week they have various music specialties on different evenings. This allows them to highlight specific specialties such as; bluegrass, honky-tonk, local songwriters, blues and harmonicas. On Friday and Saturday evenings they will feature 3 or 4 bands each night. The music mix is definitely old-school country and western. Most of the songs we heard that evening were a mix of Johnny Cash, Waylon Jennings, Hank Williams, and other greats. While we also like the new country found on the radio, it is not going to be found at Westport Saloon. What can be found is a great atmosphere for a relaxed evening listening to some local artists. So when are you planning to visit?