Crossing through western Kansas, we can imagine herds of buffalo charging across the plains. Large numbers were roaming the territory when white settlers first arrived. The end of the Civil War brought expanded interest and development to Kansas. The “Border War” was fought on the eastern edge of the state, and seemed like a distant memory. As settlers flooded into the region, the room was needed for farming and cattle herds. While buffalo hunters came to the Oakley, Kansas area for potential profit, we came out hunting history. 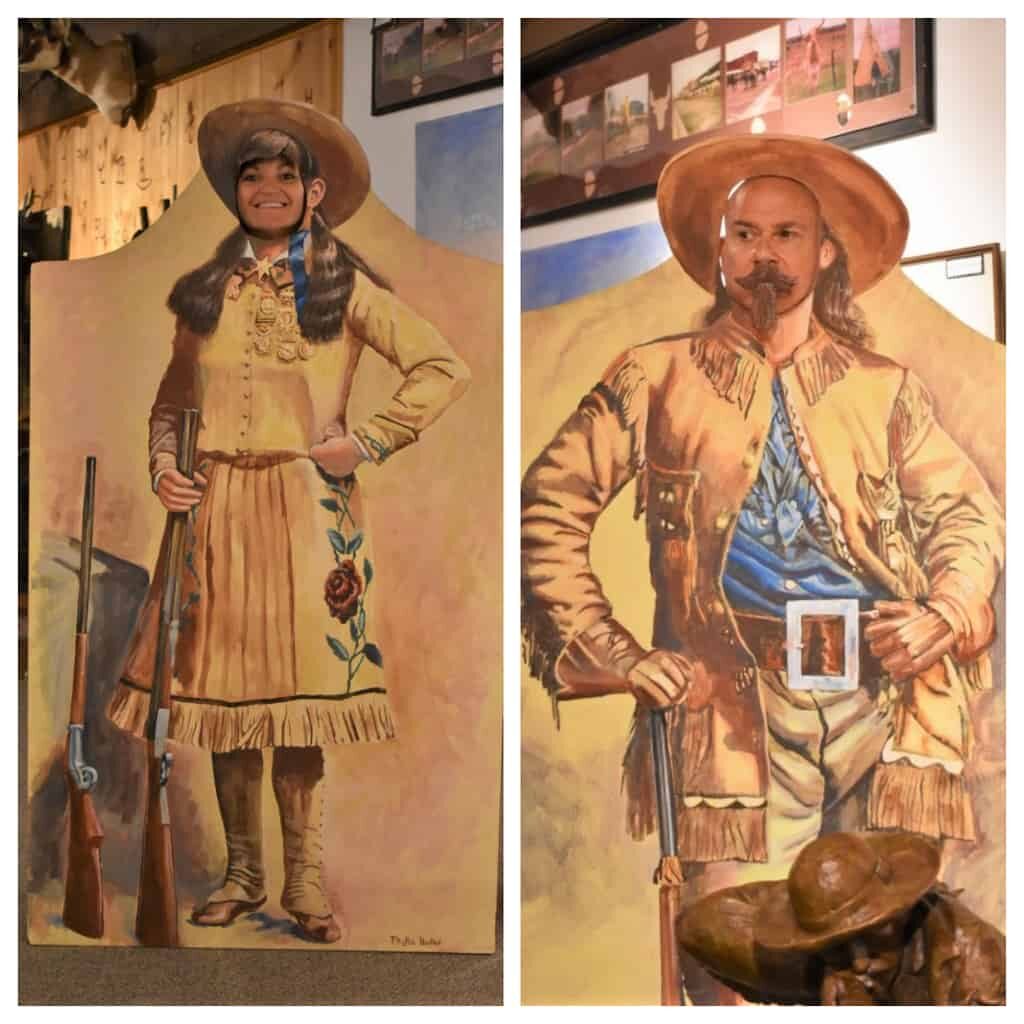 Gearing Up for the Hunt

Not everyone looked at the buffalo the same way. Native Indians were familiar with the importance of this creature and relied on it for food, clothing, and even housing supplies. The railroads saw it as a nuisance that held up progress. Others saw these huge creatures as an opportunity for sport. Hunting trips for celebrities and dignitaries were commonplace by the late 1870s. In 1872, George Armstrong Custer arranged an outing for a Grand Duke from Russia. A visit to the Fick Fossil Museum, in Oakley, allowed us to learn more about some of the celebrities that have graced this area. While hunting history, we even got to see how we compared to Annie Oakley and Buffalo Bill Cody. New settlers to the region found that life was no picnic. Many were resigned to living life in a sod house, much like the one we found at the museum in Oakley, Kansas. We would not want to imagine the number of bugs that resided in the walls and roofs of one of these homes. Plenty of varmints, like field mice, would also call the dwelling home. Of course, where you find mice you will also find snakes. Rainstorms would bring at the least a muddy floor and even a potential roof collapse from the weight. Dry spells brought their own issues, as it meant dirt pieces would rain down on the inhabitants of the home with each gust of wind. Extreme weather is something the residents of Oakley, Kansas have learned to deal with. Heavy winter snows race down out of the Rocky Mountains of Colorado to bury the western plains. The howling winds will add to the issues by drifting the piles into deep banks. Most people are aware of the Dust Bowl that engulfed the Central Plains in the 1930s. Oakley was in the area that had some of the hardest-hit lands. Many times the dust clouds were so dense that daylight would become near-total darkness. Travel was impossible and the choking dirt would find its way into every home. Our quest to hunt history took us back to prehistoric times. Eons ago, the western side of the Kansas region was a huge inland sea. As creatures came and went, layer upon layer of silt was deposited on the seabed. As the land rose up, the seas were drained from the area. More time passed and erosion did its work slowly carving the chalky soil into amazing structures. South of Oakley, Kansas we found Monument Rocks National Natural Landmark. These fossil-filled silent sentinels rise above the rolling plains. While they are impressive to see from a distance they are even more so up close. As much as Monument Rocks grabs the attention from a distance, the exact opposite can be said for the Kansas Badlands. One of the state’s newest parks, Little Jerusalem State Park is a collection of chalk outcroppings that have remained fairly hidden for ages. The approach to the site brings visitors in from the southeast, so this canyon of natural wonders lies below the horizon. It wasn’t until we began hiking the park trails that we finally caught sight of the formations. It is a reminder that the wonders of nature aren’t always easily visible and require a little effort. We have often heard people remark that there is nothing in western Kansas except miles of flat terrain. Those who explore this region know just how far that is from reality. The western plains are filled with history, natural wonders, rolling hills, and friendly people. Throngs of settlers passed through these lands, as they made their journeys toward the west. The hardiest of those decided to call this place home. We invite you to see all of these wonders for yourself by planning your own exploration trip to hunt some history in Oakley, Kansas.