We have been visiting D’Bronx Authentic Deli for years. Our introduction to this New York-style eatery came in the 1990s, which was not too long after they appeared on the landscape. Their 3904 Bell Street location has always been our go-to spot for handhelds and pizza pies. In fact, one celebration included an attempt to conquer their Party Pizza. Even a group of ravenous teenagers failed to overcome this mountain of dough and toppings. With so many happy memories associated with our visits, we decided that it was past time for us to feature them in an article. 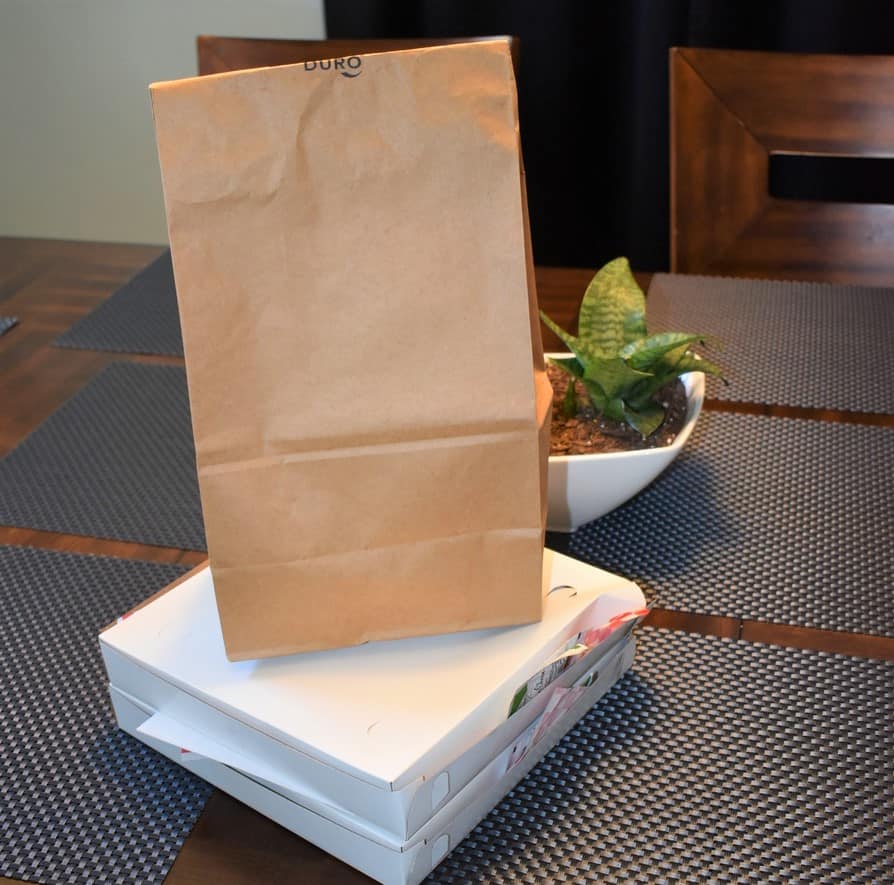 Since we were out picking up sandwiches for dinner, we decided to grab a couple of slices for lunch. After placing our order, we remained the appropriate “social distancing” space from all of the other customers outside. In about 15 minutes, we were on our way home with handhelds and pizza pies. The pizza slices are boxed up with paper plates under them to prevent any of the deliciousness from escaping the container. Our handhelds were wrapped in foil and bagged up for later. You can bet we were ready to eat, after smelling the wonderful flavors during the drive. Let’s face it, pizza is almost a separate language. Each region has its own dialect or in the case of pizza, its own style. We love the deep-dish Chicago pizza for over the top fillings. St. Louis-style pizza comes with creamy Provel cheese. We even have a pizzeria in Kansas City, that features this unique flavor. There are a plethora of custom pizza shops popping up that each feature some special style. That still leaves the original New York thin-crust style to be explored. In our hometown, D’Bronx is the place we go for this crowd-pleasing state. Crystal went old-school with the pepperoni, while I gravitated to a meatier choice. Once we got it all unboxed, it was time to dig into the delectable slices. Even though we were saving our handhelds for dinner, we still wanted to show you some pretty pictures of them. After all, when dinner time rolls around, we will not want to wait again. D’Bronx Authentic Deli knows how to make some flavorful sandwiches. The tastes we find remind us of what you would find in the heart of New York City. We have read that D’Bronx is one of the largest users of Kansas City’s own Boyles Corned Beef. While we both love a great Reuben sandwich, we decided to switch it up for this visit. Crystal couldn’t get past the first handheld listed on the Specialty Sandwiches menu. The Turkey Club Deluxe is packed full of fresh turkey breast. Throw in some Swiss cheese, crispy bacon, and Russian dressing for extra zest. Since we planned to heat these sandwiches up later, she decided to forego the lettuce and tomato. All of these flavors are rolled up inside of a toasty seeded hoagie roll. Now that is a lot of protein, packed into one handheld. Now this is the Taste of a New York Deli

I decided to go old-school. D’Bronx offers up a Pastrami & Swiss Sub, but I made a slight change to it. No, I did not change out the meat, because it is really hard to beat good smoked pastrami. The only thing that improves this flavor, in my opinion, is tossing in some creamy Swiss cheese. Now, this is where I have to deviate from the standard menu. I grew up enjoying this type of sandwich, but it is always better when served on Rye bread. To bring in more zest, you have to hit it with a healthy dose of spicy mustard. Now you have a great sandwich. Handhelds and Pizza Pies To Go

You can see that we were able to max out our day by picking up handhelds and pizza pies from one location. While we do miss dining inside their restaurant, we know that we should have the opportunity again in the future. Fortunately, their menu works just as well as to-go options. D’Bronx Authentic Deli is surely keeping busy serving the KU Hospital community nearby, so we were thrilled to find the wait time not overextended. Perhaps you will hit them up for a delectable lunch or dinner, as well. It’s like finding a slice of the Big Apple right here in the Midwest.