When we picture the Wild West, our minds fill with dusty trails and bustling frontier towns. Our visit to Fort Smith included loads of western heritage and history. To keep ourselves from overloading on historical facts, we made sure to toss in some lighthearted looks back into the past. For a fun look back, we hopped on the Fort Smith Trolley for a ride through downtown. Little did we know that we would end up face-to-face with a notorious gang of robbers bent on outlaw activity.

We want to thank Experience Fort Smith for hosting our visit. Rest assured all opinions are our own. 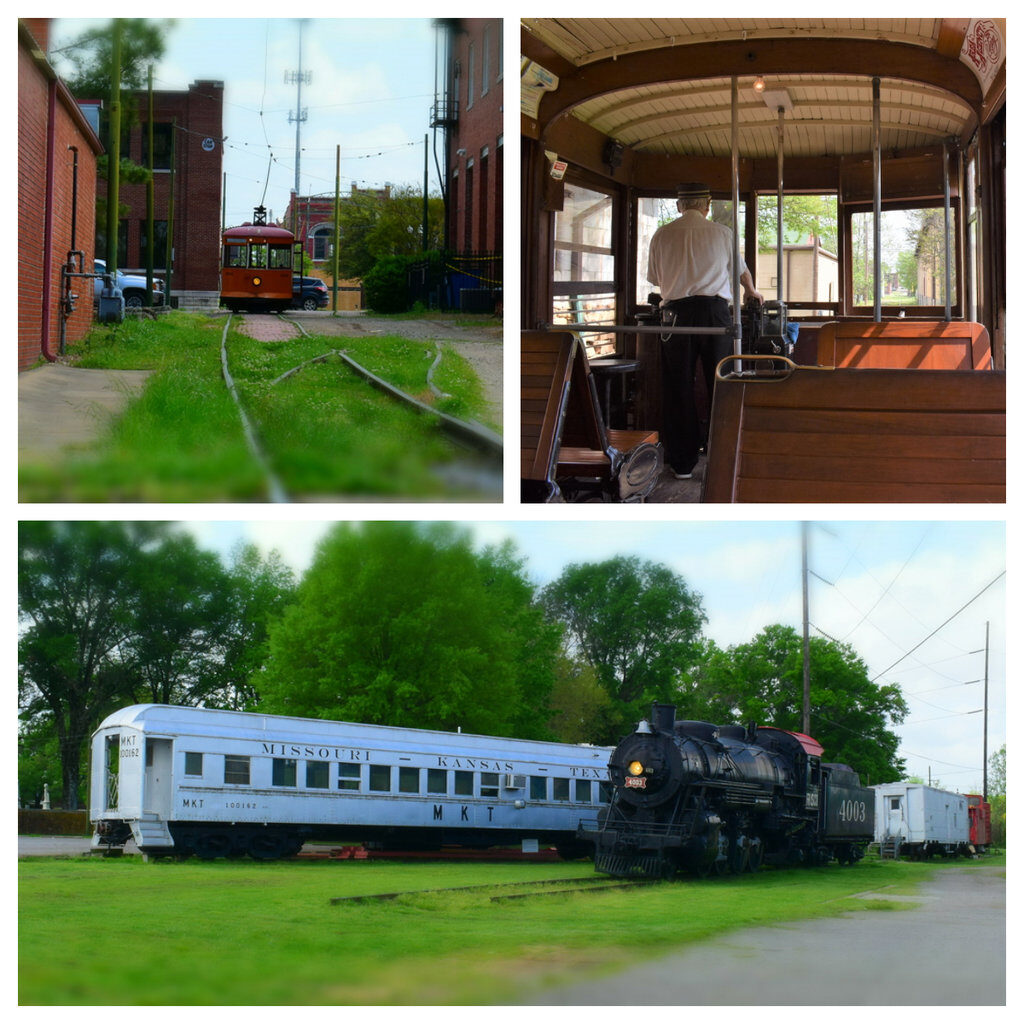 Way back in 1883, the Fort Smith Railway Company opened for business. Back then they didn’t have the electrified version of trolley cars, so mules were used for mobilization. The cars moved through the dirt streets, which became hard to traverse during wet weather. By the start of the 1900s, the first electric streetcars began operation. Even with this advancement, they would still only run during good weather. 1911 saw the change to enclosed cars, which allowed for year-round operation. The regular runs of the Fort Smith Trolley would end in the Fall of 1933. When we discovered that the Fort Smith Trolley makes regular runs, we figured it would be a nice novelty experience. Without much knowledge of what to expect, we went in with open minds. One of the reasons we enjoy these kinds of activities is the chance to hear some new stories from the past. Sure enough, our trolley driver was filled with some wild tales from the frontier town days. While we had picked up some of the city’s background during our tour of the Fort Smith Museum of History (You can read about that visit here!), the trolley tour was providing some additional background details. We especially liked learning more about Bass Reeves, one of Judge Parker’s most notable deputy sheriffs. When we climbed on board of the Fort Smith Trolley, our driver warned us of the possibility of running into some unsavory characters. After navigating the streetcar into the downtown area, we stopped to hear more tales from the past. Suddenly, two masked desperadoes struck without warning. While one stood guard outside, the other climbed aboard to collect the mail bag. What began as an old west-style holdup soon turned into a laughfest. Once the “withdrawal” had been made, the bandits beat a hasty getaway. Getting Into The Role

Not to be outdone, our driver hightailed our streetcar back toward the loading point. As we approached, he stopped to let me disembark for a fun photo opportunity. The volunteers have a makeshift frontier town diorama set up near the depot. I quickly spotted the two villains who had robbed the trolley. The trolley driver stepped off and called to the sheriff and his deputy. After accusing the ruffians of their crime, they responded with a flash of their weapons. The driver fell victim to a quick round of gunfire. Soon, the entire field was filled with loud bursts and smoky plumes. One by one, the villains dropped, until they were all vanquished. The entire shootout only lasted a couple of minutes, but it was plenty of action to thrill the trolley riders. As the smoke cleared, we could see the results of this violent volley. No Harm, No Foul

After checking the victims for signs of life, the action ended. The rousing cheers and applause returned the actors to the realm of the living. At this point, we were given the opportunity to meet all of the characters and learn more about the roles they play. We felt like the $4.00 fare was quite a bargain for the education and entertainment we received. The Fort Smith Trolley is a family-friendly activity that adds a bit of wild west flair to a day of exploring. We even got deputy sheriff badges as a reward for surviving this harrowing experience.