Back in Time at Durham Museum

Back in Time at Durham Museum

As times change many cities are faced with the dilemma of what to do with some of their grandiose historical buildings. Larger cities were often rail hubs, and have massive station houses that have seen thousands of visitors over the decades. In Omaha, Nebraska they turned their Union Station into a rail and history museum. Originally opened in 1931, this train station quickly became one of the busiest in the nation with 64 passenger trains daily. As the construction of major highways increased, so the use of train travel decreased. In 1971, the last passenger train departed this station, and it closed it’s doors. Fortunately, in 1996 after a $22 million renovation, the doors reopened, and now it is home to the Durham Museum. 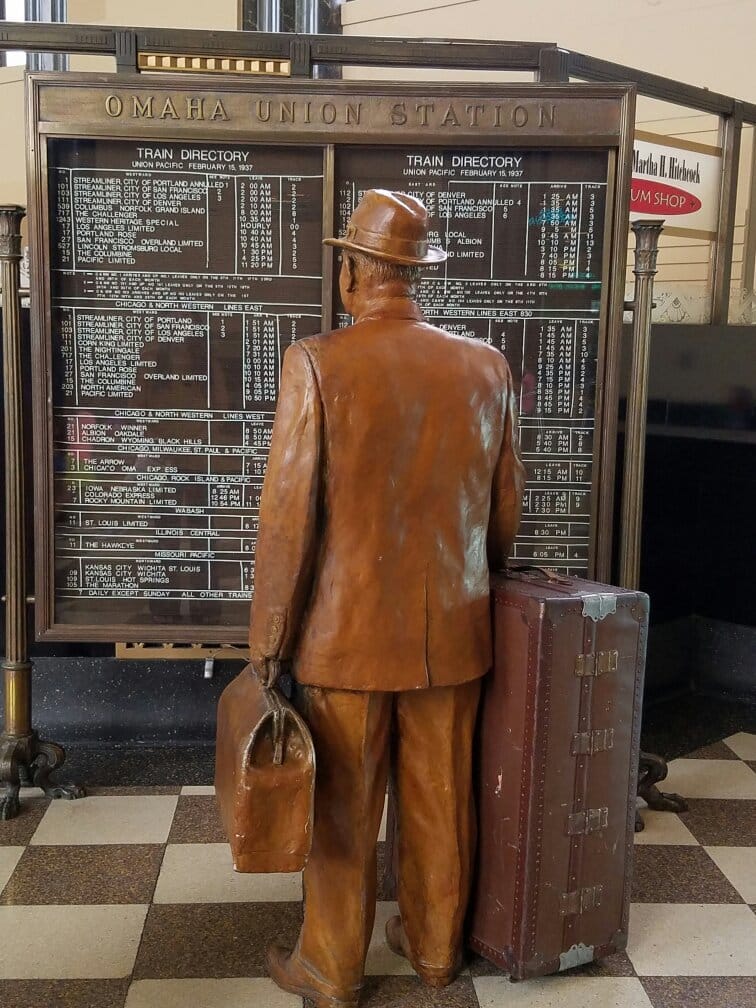 The interior of the station is as grand as one would expect from the heyday of train travel. The station area has been preserved, and throughout the area statues have been added to memorialize the travelers of days gone by. Just past this area you will find a soda shop and candy store. Here visitors can fuel up before heading downstairs to view the exhibits. 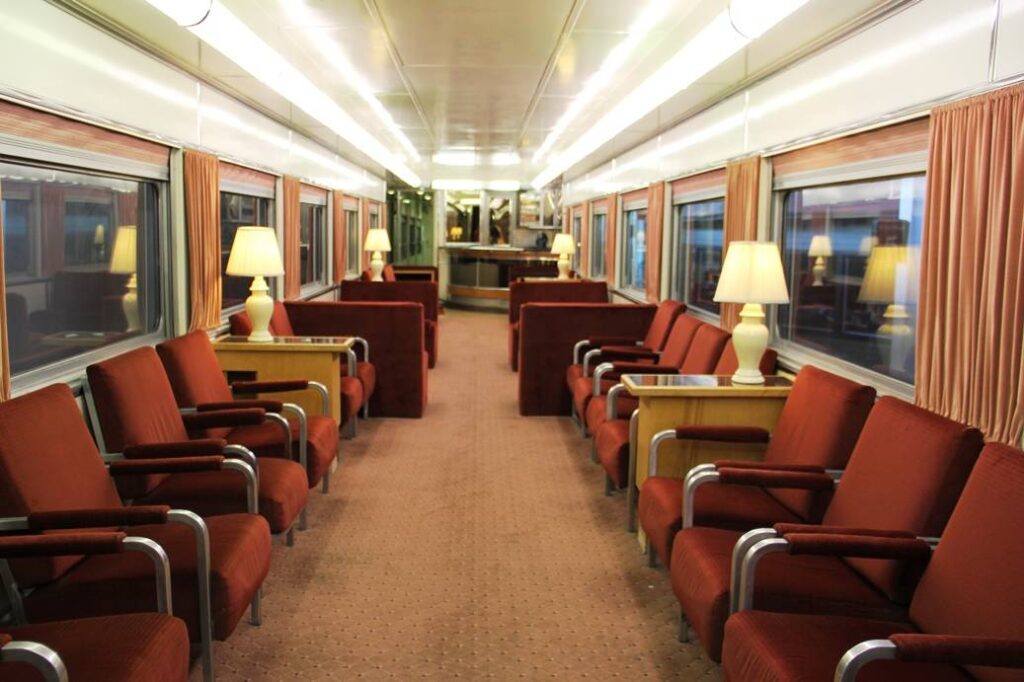 Once downstairs you will find a history lesson on transportation methods in Omaha. There are a number of train cars that guests can wander through to see just how comfortable this form of travel became at the pinnacle of its use. Among the cars on display are a Pullman car, lounge car, and a caboose. Nearby you will find a hands-on exhibit that showcases the use of steam engines for helping with Westward Expansion. Our adult kids, and their parents as well, enjoyed the model train display, which mimics a 1950’s layout. 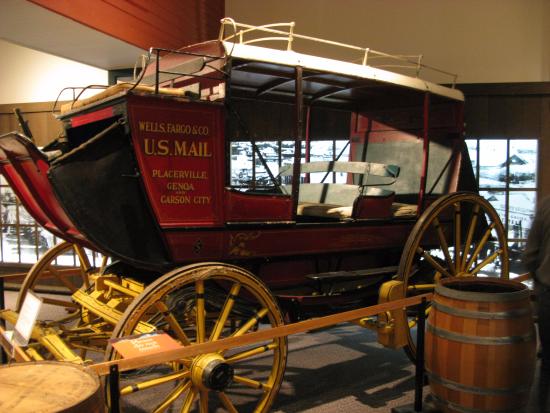 Of course, Omaha was on the edge of the frontier at one point, so they also highlight some of the earlier modes of transport. These would not have been nearly as luxurious or comfortable for long trips. 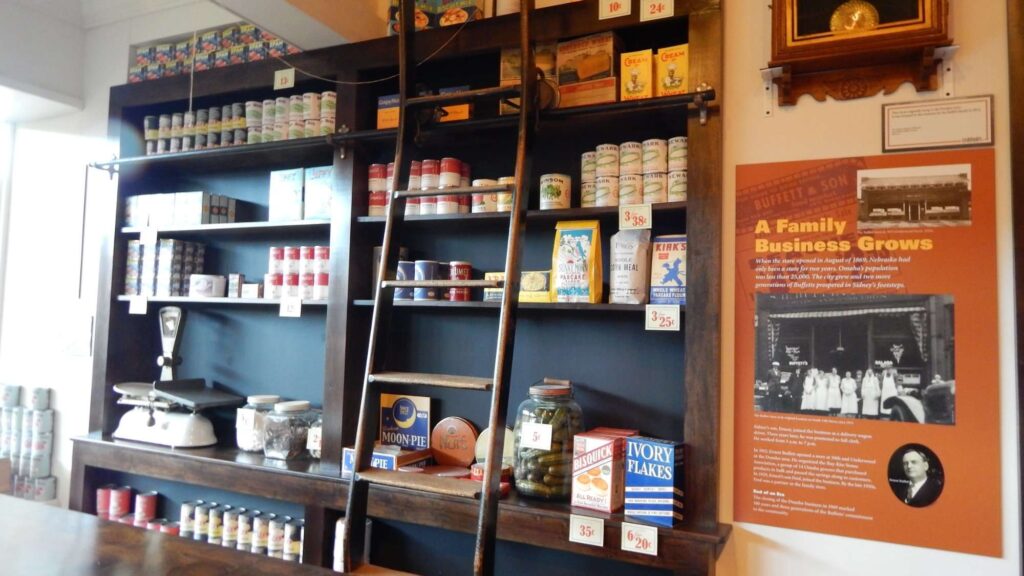 Additional exhibits focus on the history of Omaha, and some of the key businesses that helped drive its’ growth. Among these are Bekins Moving & Storage, a replica of the original 1915 Buffett Grocery Store, and Kimmel Orchard, complete with an apple tree. 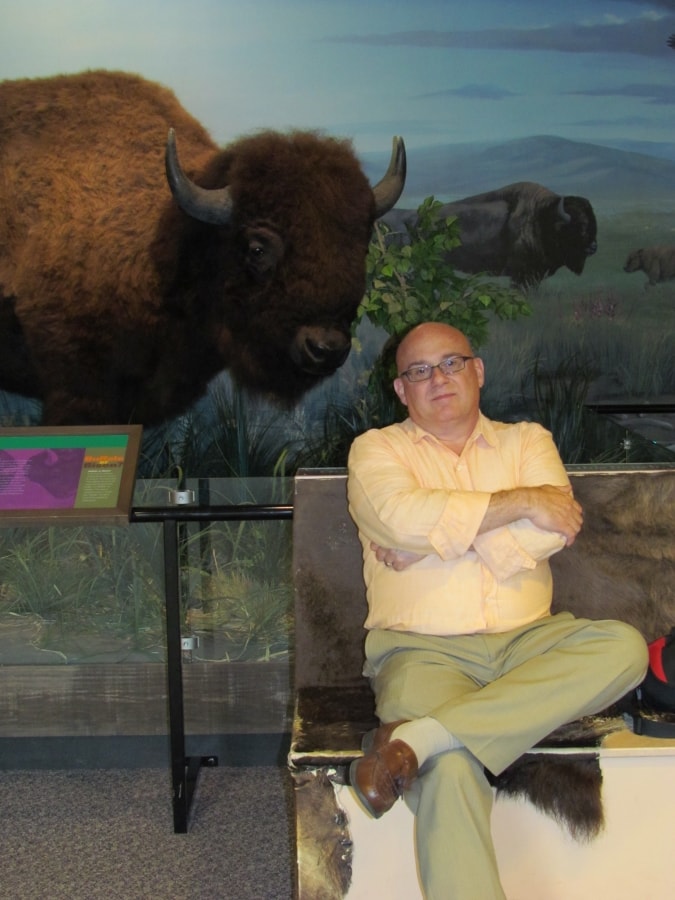 Of course, with all of this walking. sometimes you just need a rest stop, and photo opportunity with a new found friend. 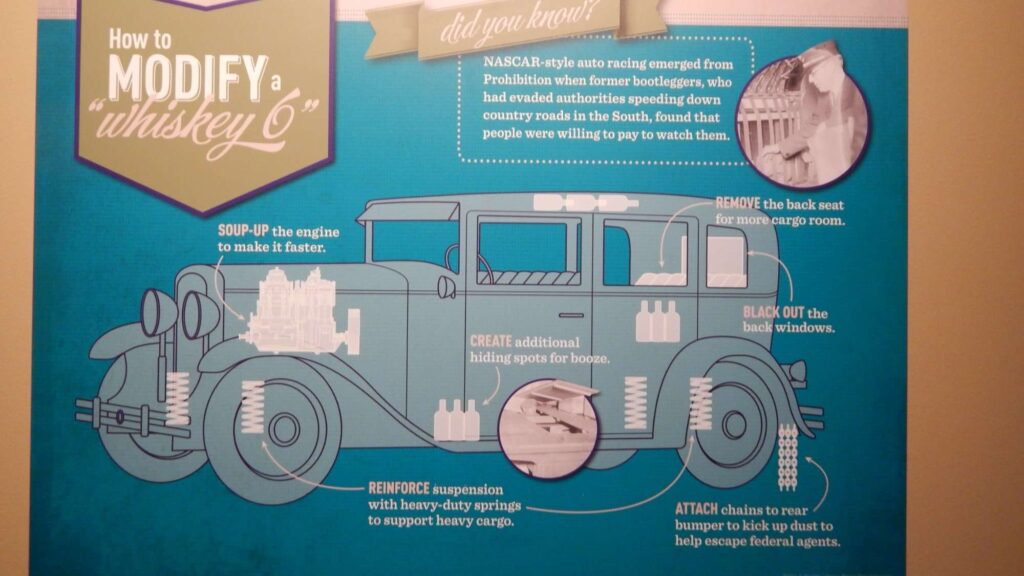 The Durham Museum also hosts traveling exhibits. They recently showcased an exhibit on Moonshining, which was widespread in the Midwest during the Prohibition era. The exhibit allowed visitors to explore a speakeasy, complete with dance floor, bar, and bandstand. Guests could also join gangsters in a lineup for photo opportunities. Beginning in May 2017, the museum will host an exhibit on spy-craft, where you can test your skills of observation. Exhibits will allow visitors to crack a safe, find hidden bugs, and use night vision. It sounds like it will be a blast for kids and adults alike. The museum is certainly family friendly, and it is best to carve off a couple of hours to explore it in depth. We hope you get to enjoy it soon, and be sure to share your experiences with all of us.