A Branson Show Comes To The Old Creamery Theater

A Branson Show Comes To The Old Creamery Theater

Amana, Iowa has tons of shops, restaurants, and scenic beauty, but nightlife is a little more slim pickings. One great choice is the Creamery Theater, which offers a variety of live entertainment. many of their shows focus on the talents of the local entertainer pool, but for our visit they had something a little different in store.

We want to thank the Creamery Theater for their hospitality. Rest assured that all opinions are our own. 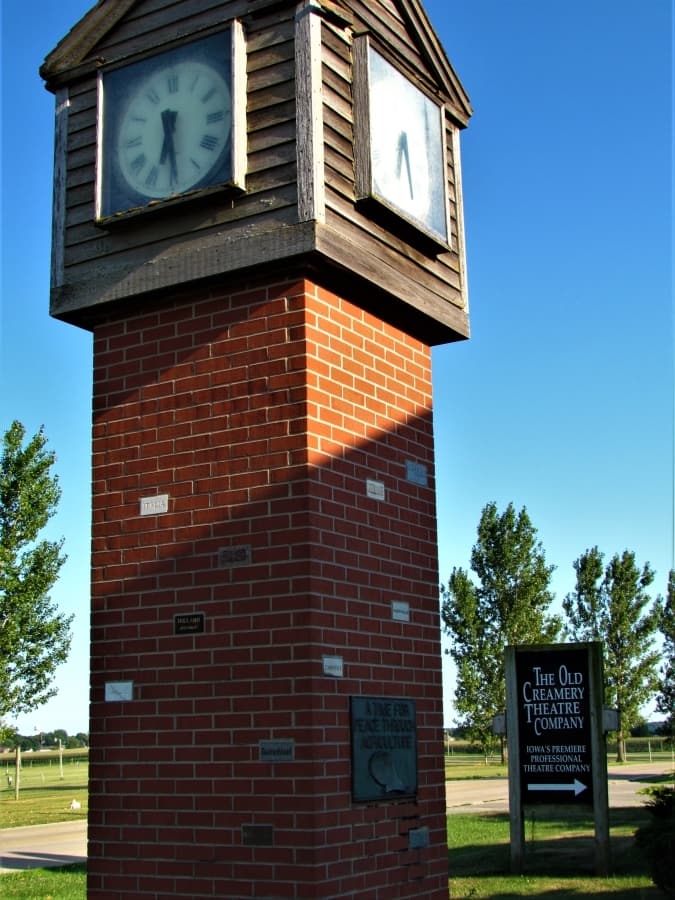 The Old Creamery Theater has been an entertainment staple in Amana, Iowa since 1971. They are a productive group, with around 200 events scheduled for 2017. Their origin comes from a small group who began performing in an old dairy co-op building. Clearly it was the source for their unique name, and it has stuck during their growth. Being part of a farming community, they faced struggles in the mid-80’s during the Iowa farm crisis. They weathered the storm, and in 1988 their current home was completed. Since that time, the theater has continued to flourish and grow in popularity. We arrived a few minutes before the doors to the seating area opened. This allowed us time to enjoy the large foyer area. We found plenty of comfortable seating, think sofas and stuffed chairs. Refreshments are sold, and may be taken into the theater. In a few minutes, the foyer began to fill in anticipation of the evening’s special show. Soon the doors opened, and the eager crowd filed in to find their seats. The layout of the Old Creamery Theater allows every seat to be a good choice. When we made our arrangements for this visit, we were unaware that this was a special show. Our assumption was that it would be like most local theater we have visited in the past. Much to our surprise, the evening’s entertainment was actually a couple who perform in Branson, Missouri. The Carpenters Once More show was awarded the 2016 Tribute Show of the Year, so we were now preparing ourselves for a different type of show. It didn’t take long for the lights to dim, and the audience to quiet. When the star of the show entered the stage, the crowd erupted with applause. Diana Lynn, who happens to hail from Iowa, sounded just like Karen Carpenter. Everyone sat back, and enjoyed the songs, as this husband and wife team recalled the songs from the airwaves in the 1970’s. The list of songs that Diana performed would easily fill a couple of greatest hits albums. The performance lasted about 90 minutes, with a break  in the middle. Some of the classics we heard included; “Close To You”, “Ticket To Ride”, “Please Mr. Postman”, “Yesterday Once More”, and the one we remembered the best “We’ve Only Just Begun”. As the night passed, the crowd became more engaged, and would often sign along to these haunting melodies. This was clearly an opportunity to take a trip back in time without leaving The Old Creamery Theater. Now we will have to schedule another trip, so that we can experience a live play.